Racing on the farm… 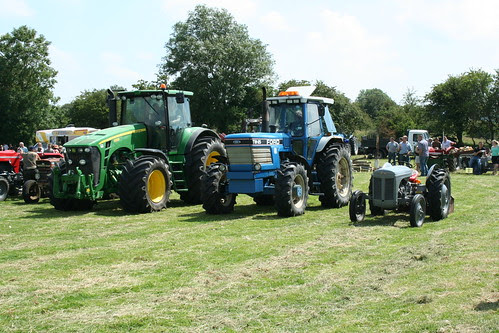 Last night was another stop on the Charlotte Mountain Bike Series whirlwind tour. Racing took place at the fabulous Fisher Farm trails, about 30 minutes north of Charlotte, in Davidson, NC (home of Davidson College.) This is one of my favorite places to ride, and it always ends up being a challenging race. The trail is really fast and it flows well, but it will also wear you out if you’re not careful. This was also a “double points” race, which meant I had a better chance of moving up in the overall standings. Big thanks to Mark from The Cycle Path bike shop for being out there supporting this event, and also for popping up all over the trail during the race to shout out words of encouragement to me and my fellow racers. Mark is the trail coordinator for Fisher Farm, and he’s done a great job with the trail.

We arrived at the race about an hour before the start, so we had time to register and do some warm-up riding. Today was the return of Lunchbox to the local race scene after a lengthy summer vacation in Florida. He raced prior to going to Florida, but after a big layoff he was itchin' to get back into it. He had the standard pre-race jitters, which he said was because he doesn’t know the trail that well. Bwahhh, I say. I told him he would be fine, and that everyone gets nervous before a race (me included.) Well, his group was the last to leave the start line, and he took off at full speed. The race starts at the bottom of a grassy hill, with the intention of spreading out the pack before they actually enter the trail. He took it to the usual race leaders and ended up hitting the trail in second place, which is not a bad spot at all. 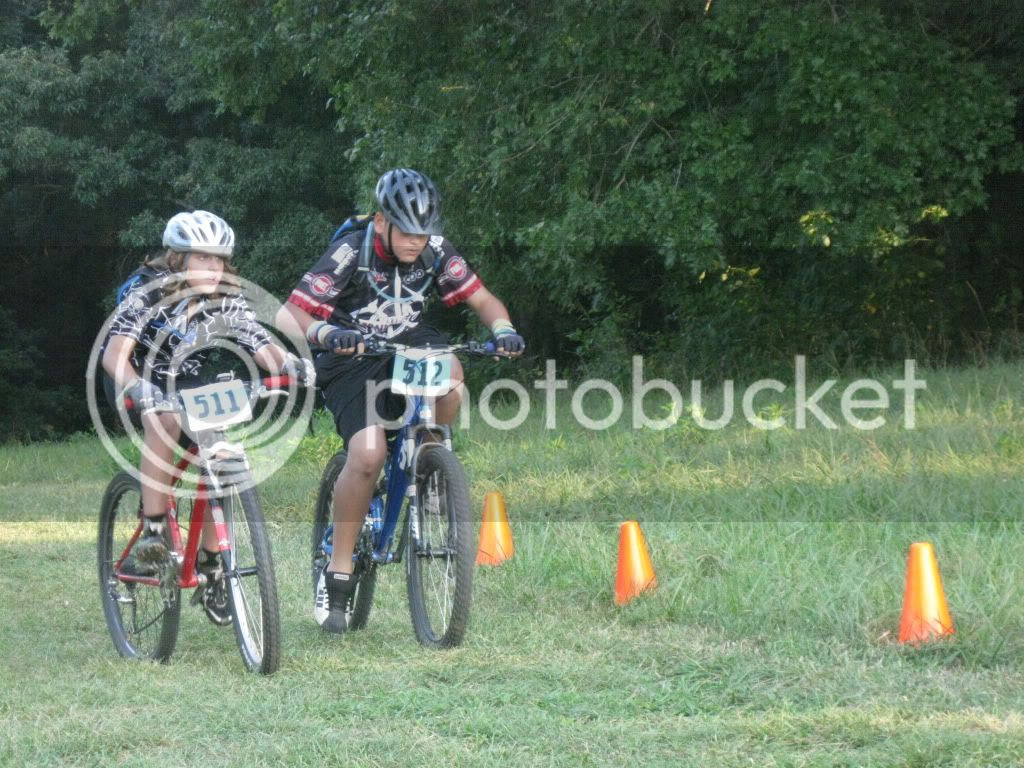 Upon entering the single track, there is a really tight and twisty downhill section that is super fast. He held onto his position and stayed with the leader for a while. The section is followed by a couple of tough climbs, and then it’s back to some more fun downhill action. After the first two mile section he entered into the second part of the trail. I happened to pass him while I was coming out of the second section (I left about 12 minutes before him.) He looked like he was doing fine. I yelled some words of encouragement to him as I passed. The second section is a lot more technical, with rocks, roots, and wooden ladder bridges. I guess that wore him out a little, because he slipped back to third. He came around to the start/finish line and headed out for lap number two. 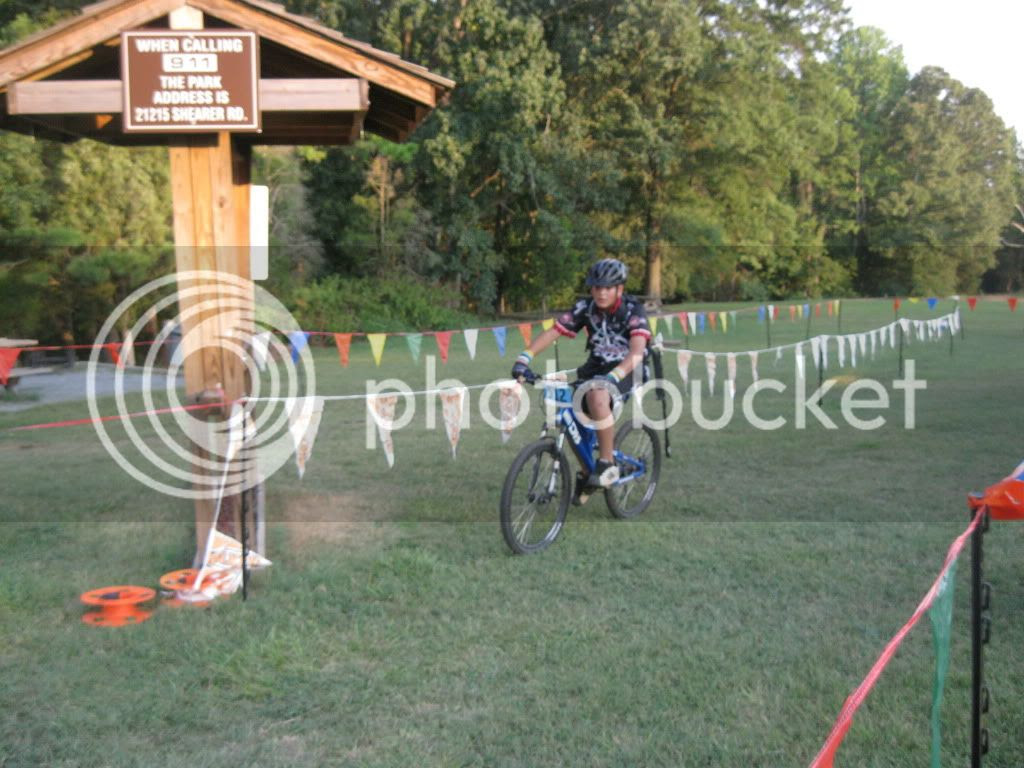 I guess sitting around in Florida all summer didn’t pay off at all. Back on the trail, it was just about survival now. He gave up another place, but held on from there. He took the final climb out to the finish line and gave it all he had. The result: a respectable 5th place finish. I was so proud of him. He was happy to have another race behind him. 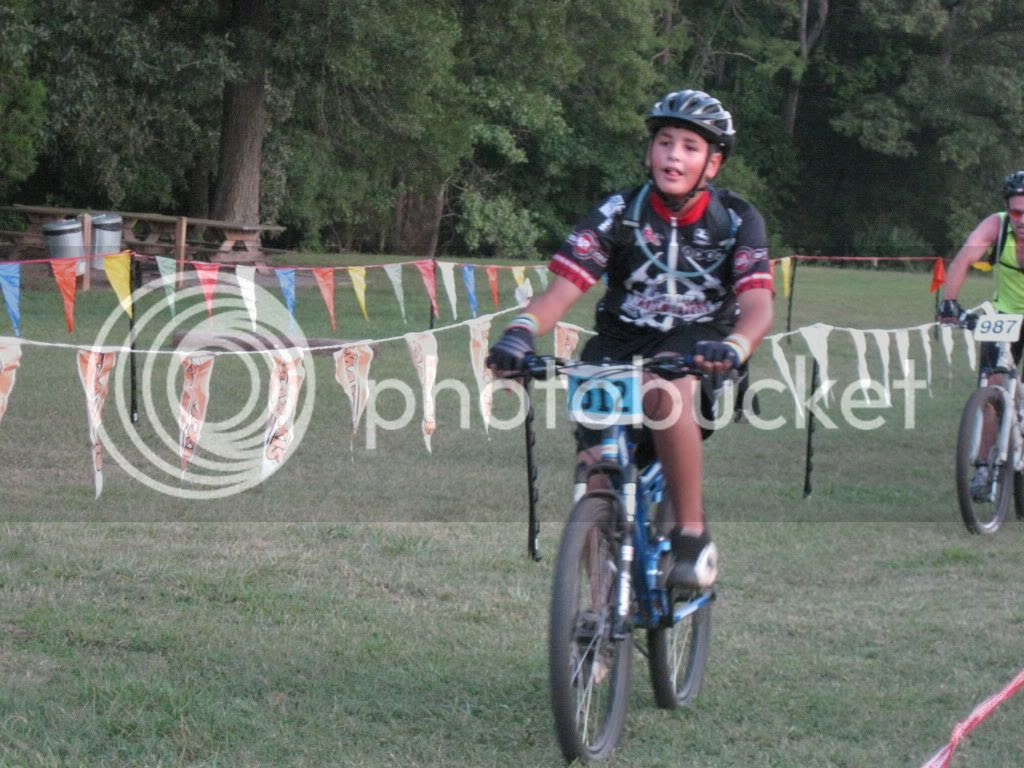 My race was a little less exciting. Doug, one of my usual racing buddies was mysteriously absent, so it was just Patrick and I.


Patrick: “I’m just gonna try to stay with you.”

Patrick: “Well, you’ve been kicking my ass out here lately.”


We shall see, I guess. We took off up the hill fighting for position, and I didn’t get up where I wanted to be. 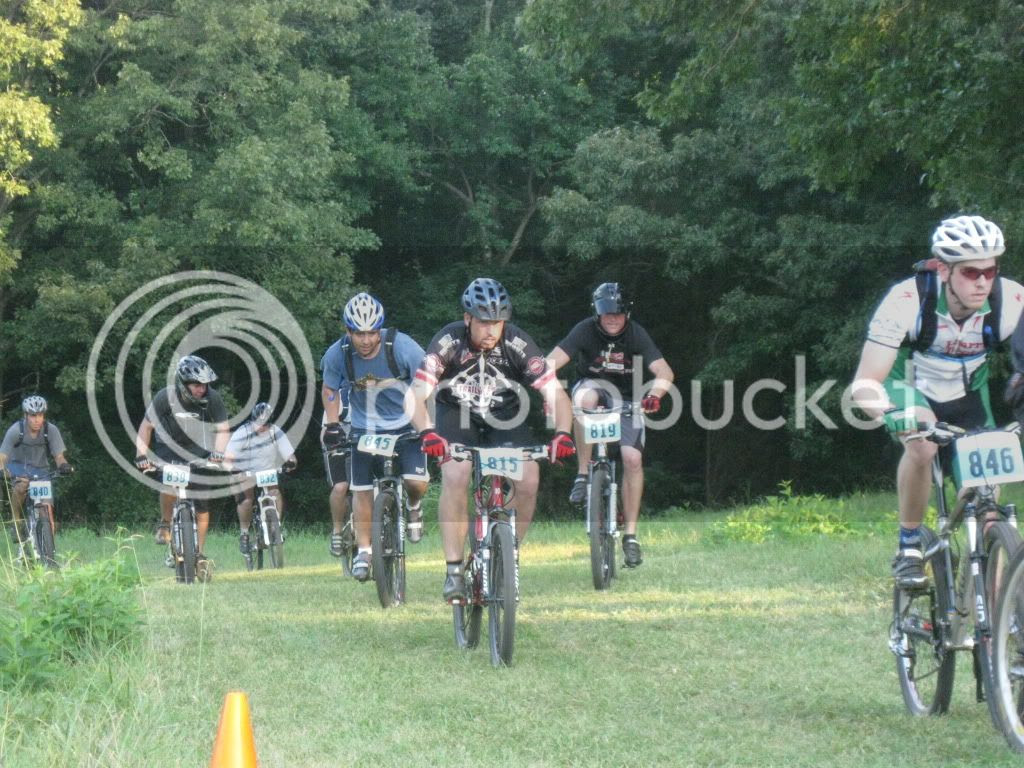 I tried to get ahead of the slow group, but I ended up behind this guy that wanted to ride his brakes all through the downhill section. I had evil thoughts of running him into the bushes, but instead I just rode his wheel until we came to the climb. I passed him and that was the last of that guy. I think he may have bonked and ended up finishing near the back. I can relate to that, as I have been there in the past. Anyway, I rode as hard as I could, but it seemed like the entire pack was stuck to my rear wheel. After every climb, I gained a few precious seconds on them, eventually leaving them all. As I approached the start/finish line, Little Miss Sunshine was waiting with a water bottle, since I somehow didn’t think to bring it with me. I took a much needed drink, put it in the bottle cage on Goose, and headed back into the trail for the final lap. I caught up to and passed a guy who had passed me earlier, and he desperately tried to hang onto my wheel. That didn’t last long, but I looked back and noticed that Patrick had clawed his way through the pack to get to me. He couldn’t have picked a better time to attack. My right leg had started to cramp, and the only relief was to stand up and coast. That doesn’t help at all during a race, so I tried to tough it out. I finally motioned for him to go by me, and I stuck to his wheel. I decided that I would let him pull me the rest of the way, and I would attack on the final climb. I kept up on the downhill, which benefitted me because I have a weight advantage over him. Gravity is so cool. When we got to the final climb, my leg had gotten worse, and there was no way I could pass him. He got a little further ahead of me, and beat me by a few seconds. I rolled through the finish line and immediately got on the ground to stretch out my leg. 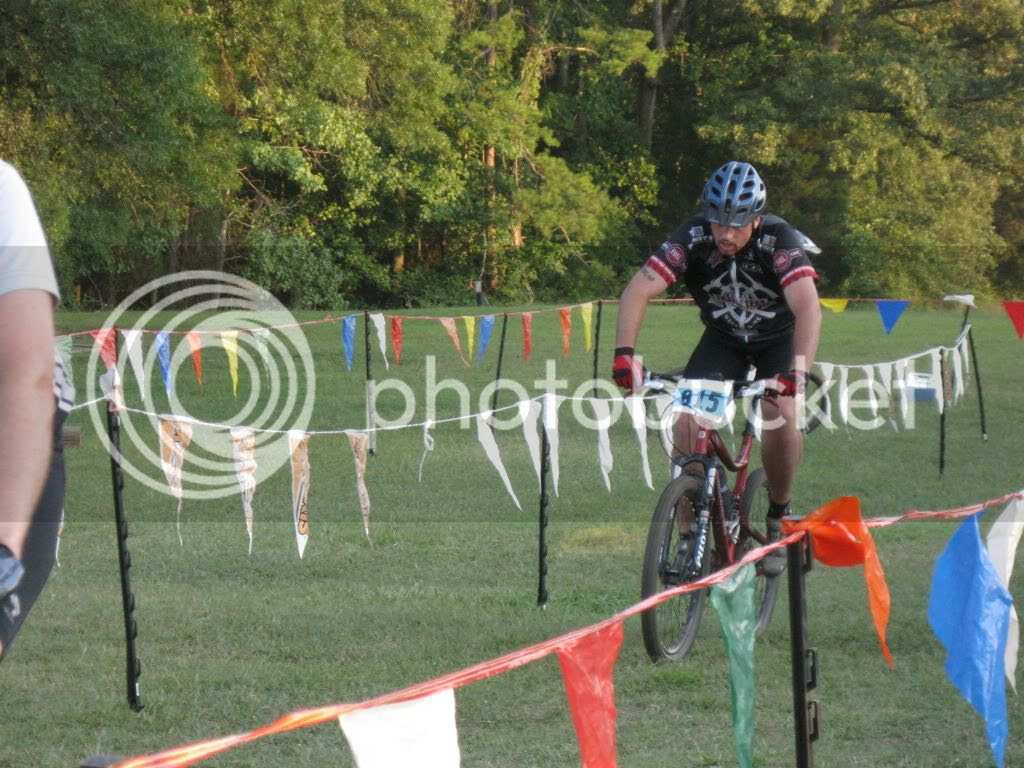 Another one in the books, and I gave it all I had. I crossed the line in 8th place, which will surely move me up in the overall standings. We helped break down all of the race stuff, grabbed some dinner at good ‘ole Fuel Pizza, and headed home. Next up: volunteer duty at the Rivers Edge Mountain Bike Marathon.
Posted by TheMutt at 10:18 AM