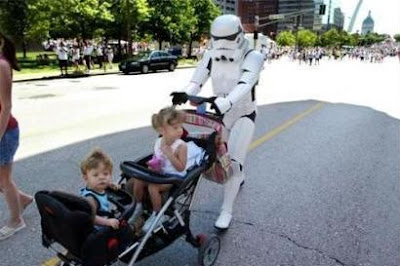 I got out in the woods again this week for a little more “alone” time, and it was awesome. Little Miss Sunshine and Lunchbox were on the same trail (Sherman Branch), but they headed out before I did. Since I was riding solo, I actually remembered to bring along my GoPro HD HERO camera. The last few times I used it, I could never seem to get the right angle on my chest strap mount. That mean that the only thing you would see was my handlebars, and not much of the trail.


I remedied that though, by purchasing a helmet mount. I ran the camera the whole time, and I hoped like hell that the angle was right. I didn’t do any pre ride testing, so I was quite surprised that the video came out okay. Since I had like an hour of footage though, I had to spend quite a bit of time editing it down to about four minutes. I still have plenty of good video left to work with but for now I’ll show you a small portion of that fun ride. Just me, my bike, and the trail. Oh yeah, and you too, since you’re watching.

I still have a shitload of footage left, so look for more video action in the near future. I know you’re excited, ‘cause I am.
Posted by TheMutt at 8:20 AM

Nice video. I meant to ride Sherman while we were visiting but weather wise things didn't allow for it. The twisty downhill into the whoopdee straight away looks FUN!!