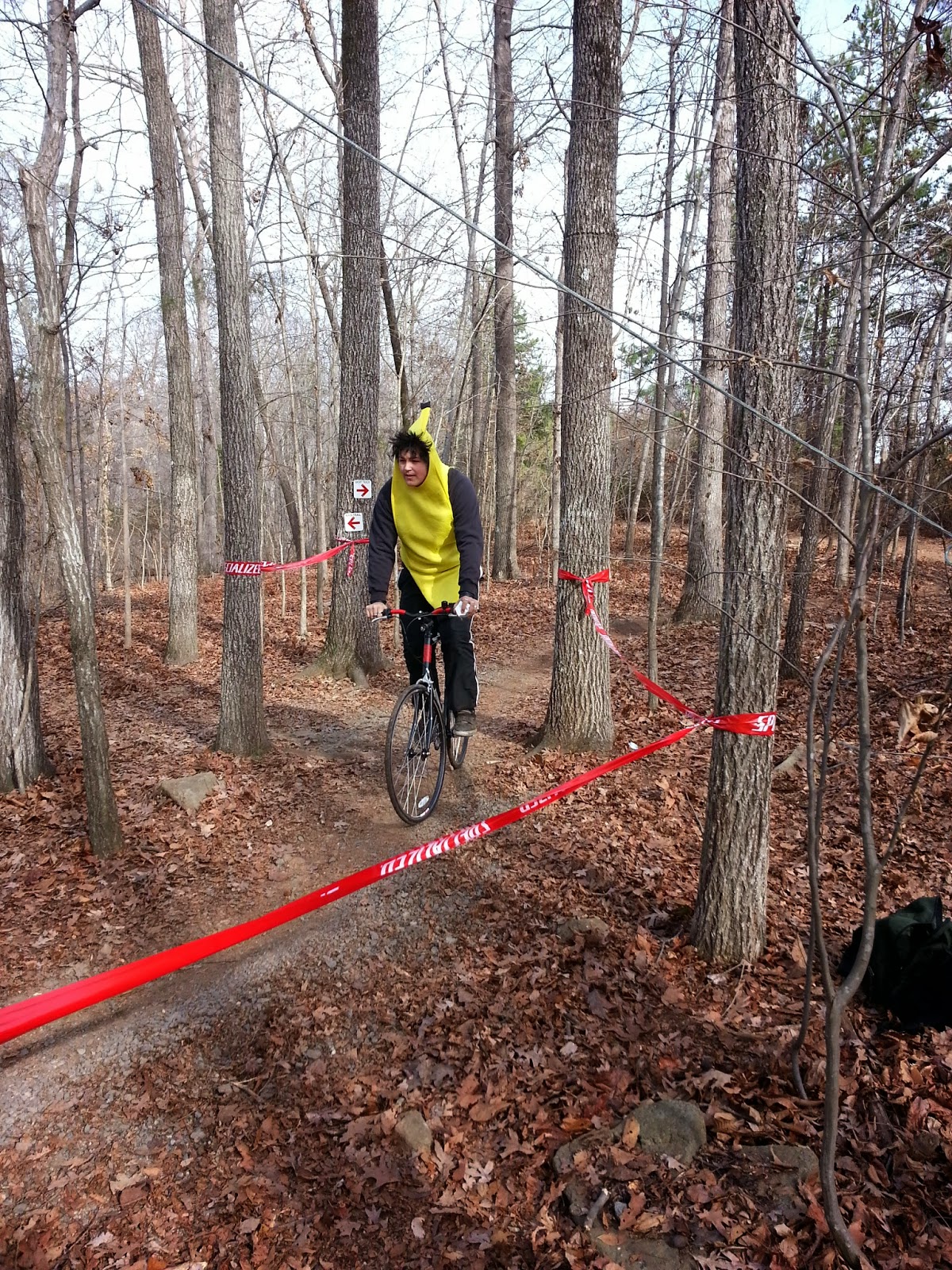 And, we're back.  Instead of competing against a bunch of dirt roadies that can barely handle their bikes in the woods, I decided once again to have a party during race number two of the Winter Short Track Series.  Of course it wasn't just me again though.

We invited a few more of our rowdy friends to the party. 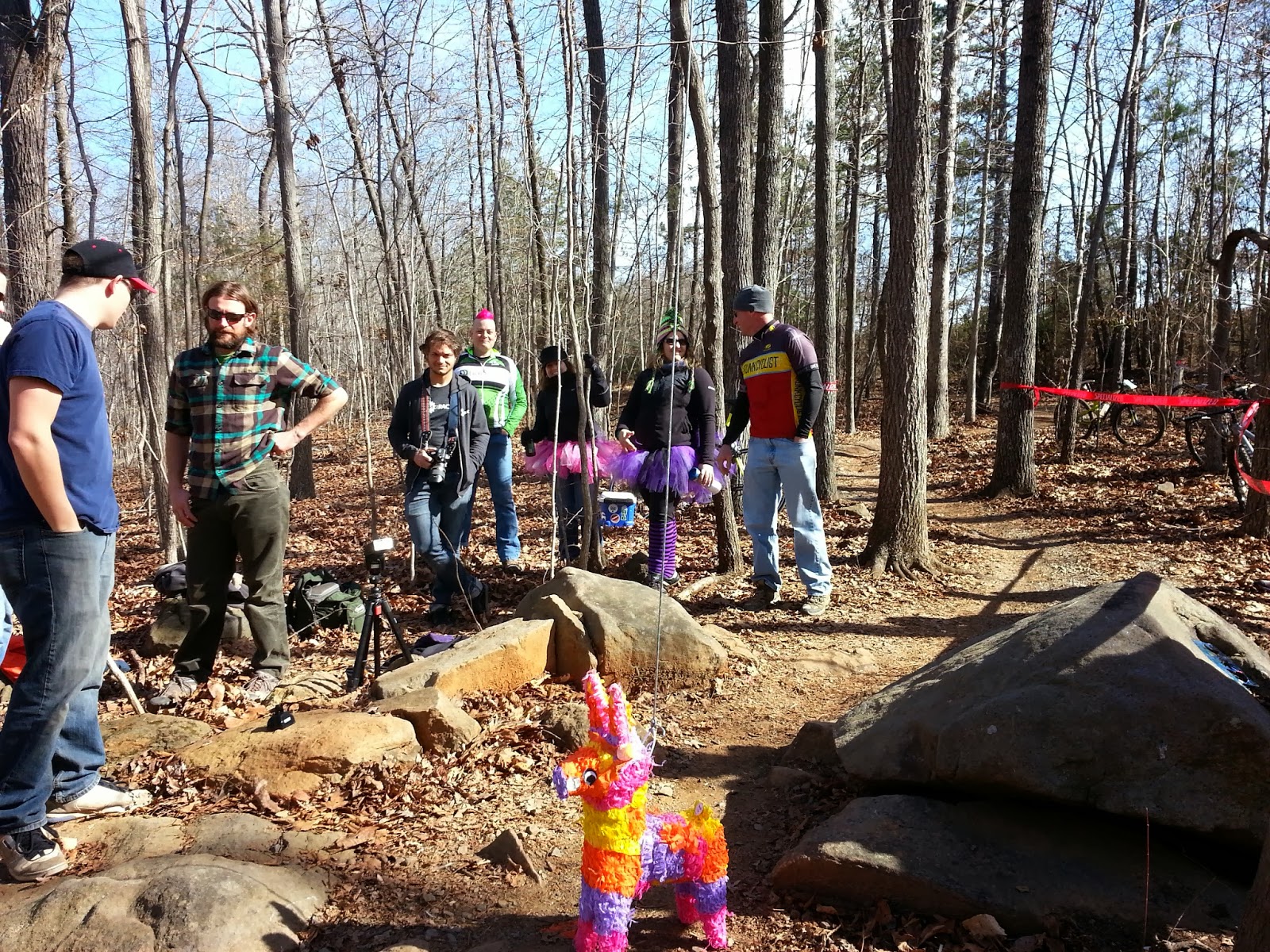 As usual, some “racers” loved our antics and some complained.  The ones that complained got special treatment of course, and lucky for them they kept on riding.  The crowd had fun, and in turn those that had a sense of humor had a great time. I mean shit, we even gave them an incentive to stop and hang out with us. 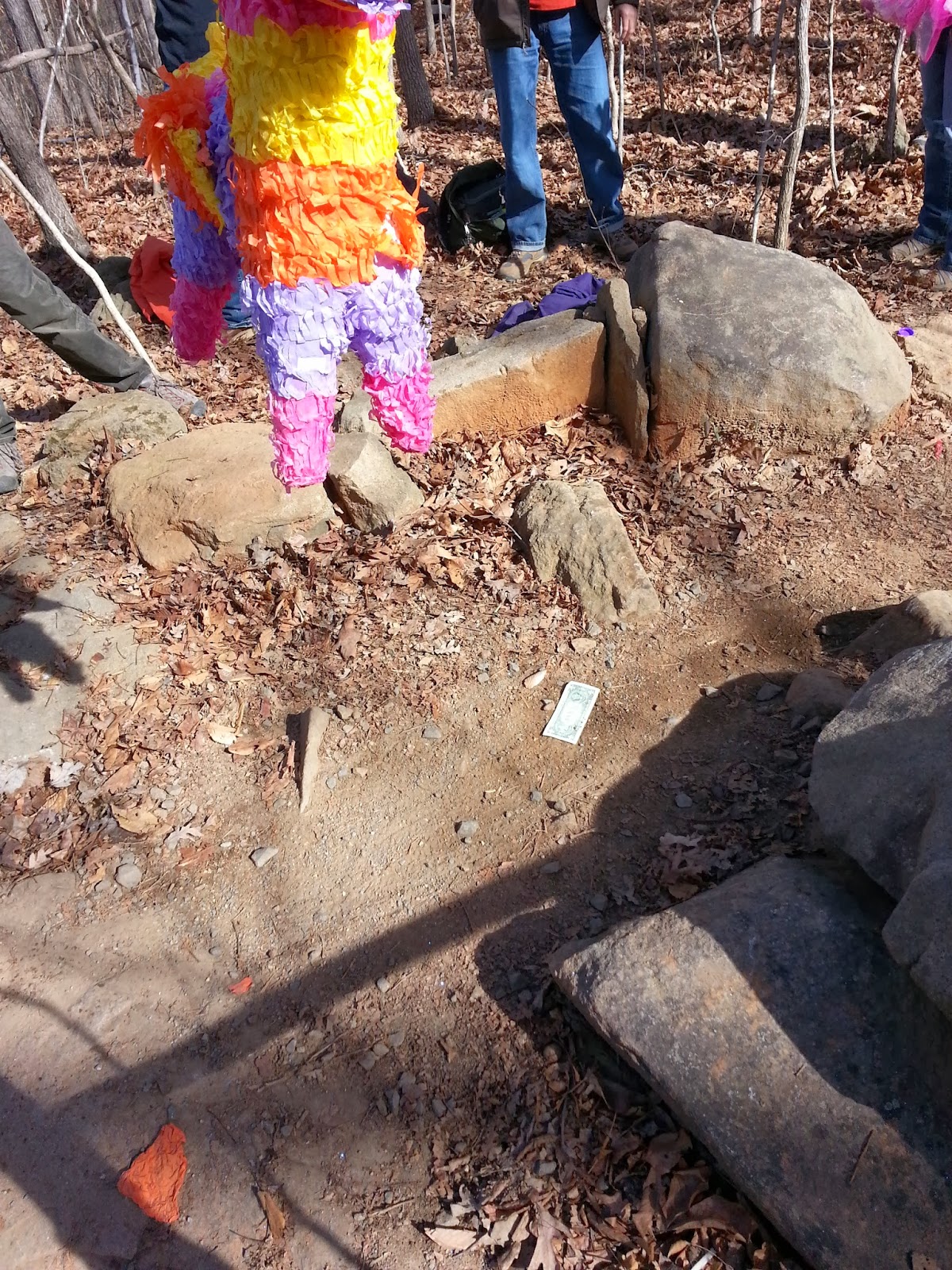 Yes, that is a crisp, one dollar bill.

And before you even have to ask, the Southeast DrunkCyclist crew was on hand providing refreshments. 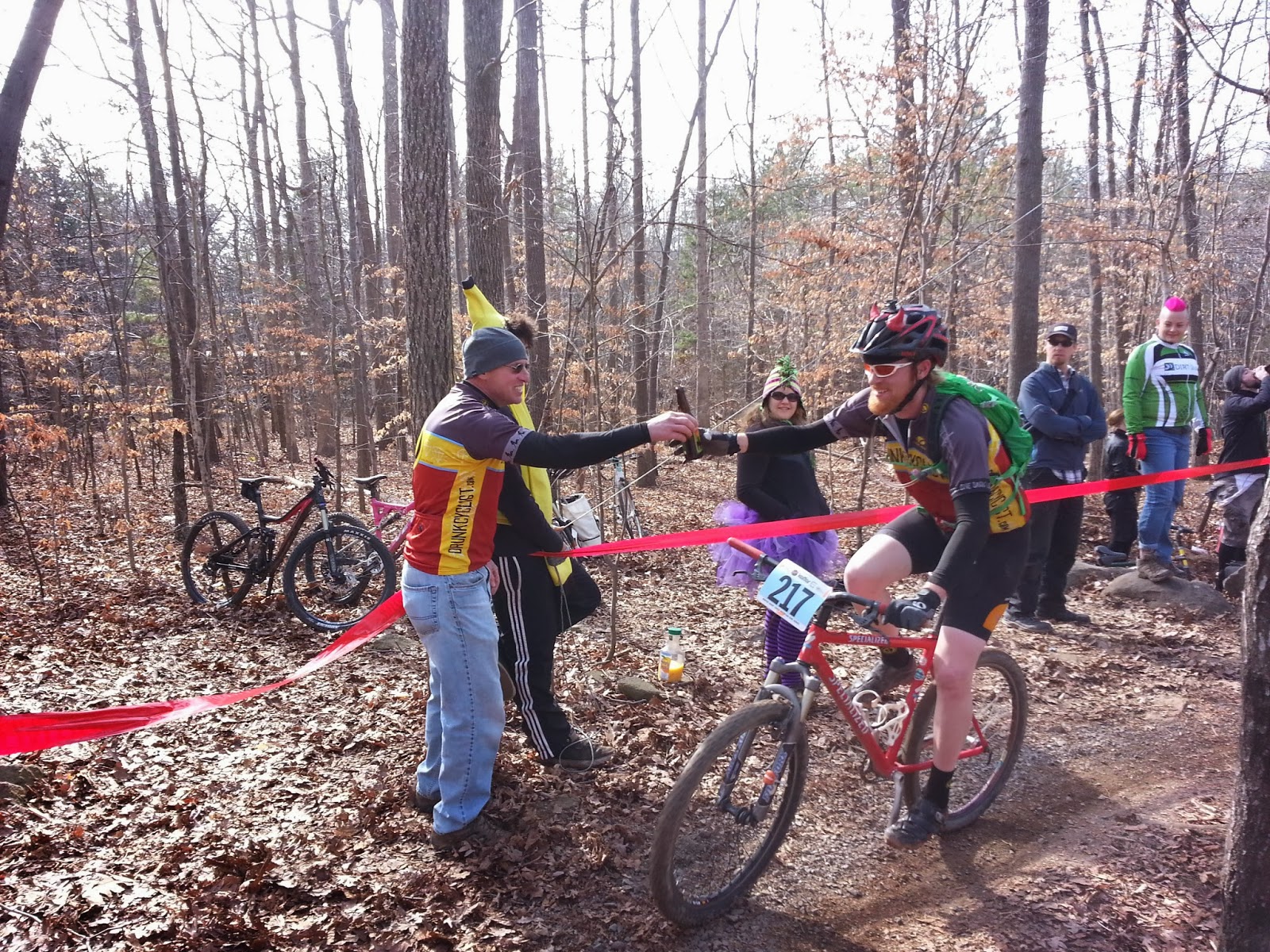 There's something about a party in the woods that brings out the best (or worst) in people.

Like my little buddy Dicky trying his luck with the “pro” line at the rock garden. 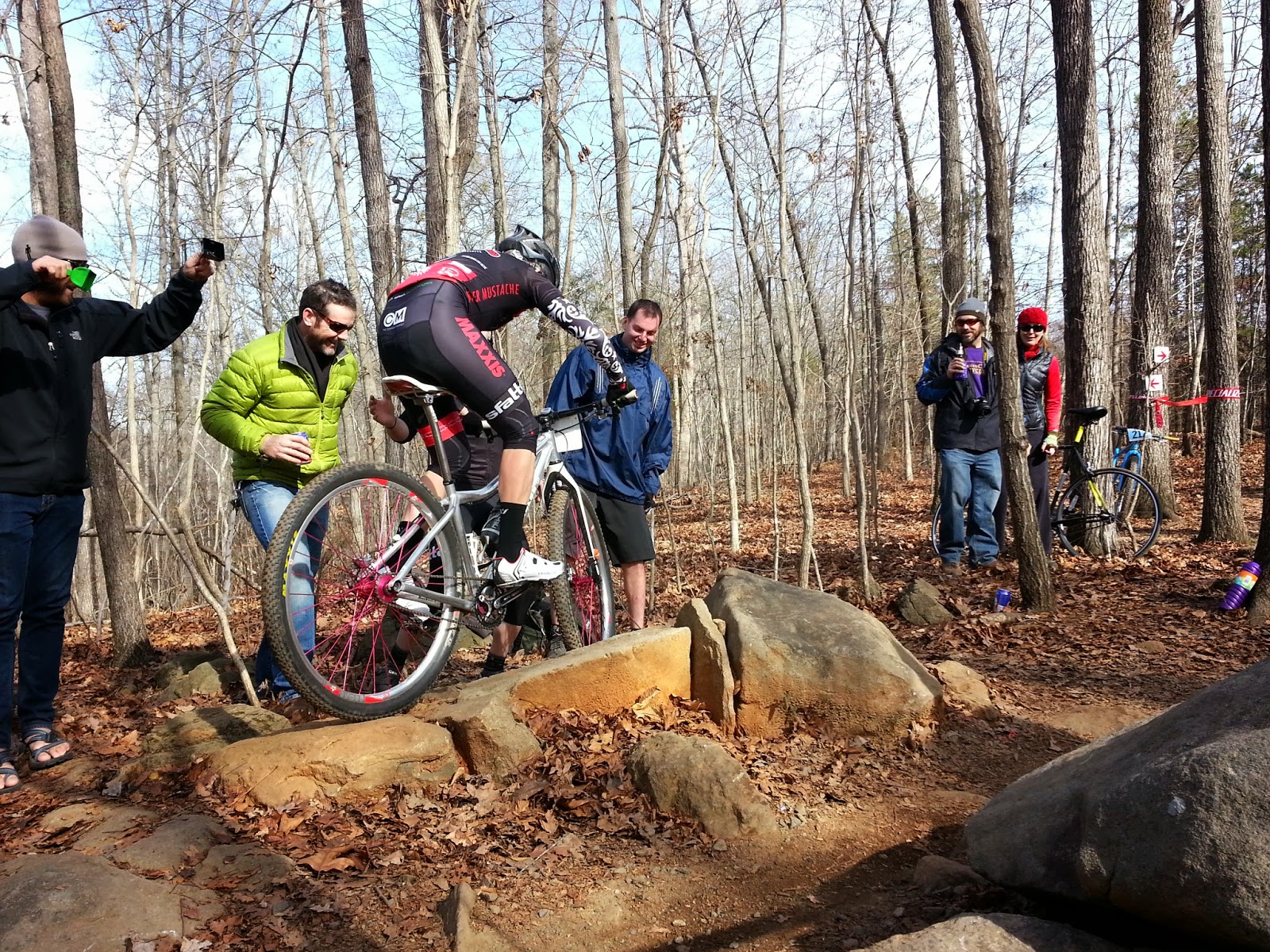 Or sorta-new-in-town racer and all around good guy Paul Wood getting all sexy in his pink tutu: 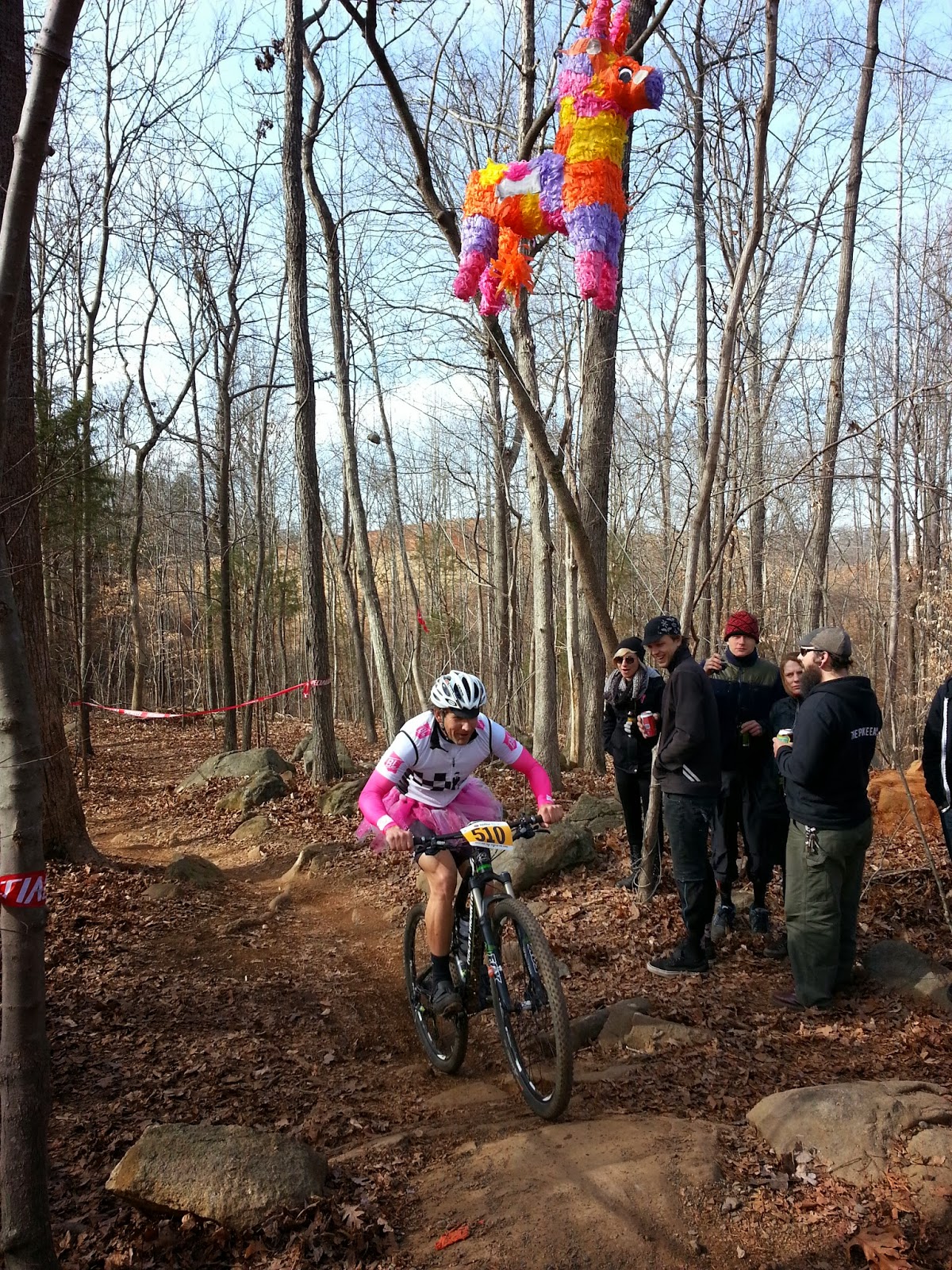 We turned it up a notch this week, adding glitter showers and other shit to our shit show.  Our party crowd grew by leaps and bounds, no doubt a testament to how much fun can be had at a bike event.  A few people just didn't get it, but that's what happens when you get all serious riding a bike in the woods.  They acted like it was a mountain bike race or something.  I sure didn't see any mountains, and I barely saw any mountain bikers.

Just wait until next week, when we try to pour more syrup on this shit to make pancakes. 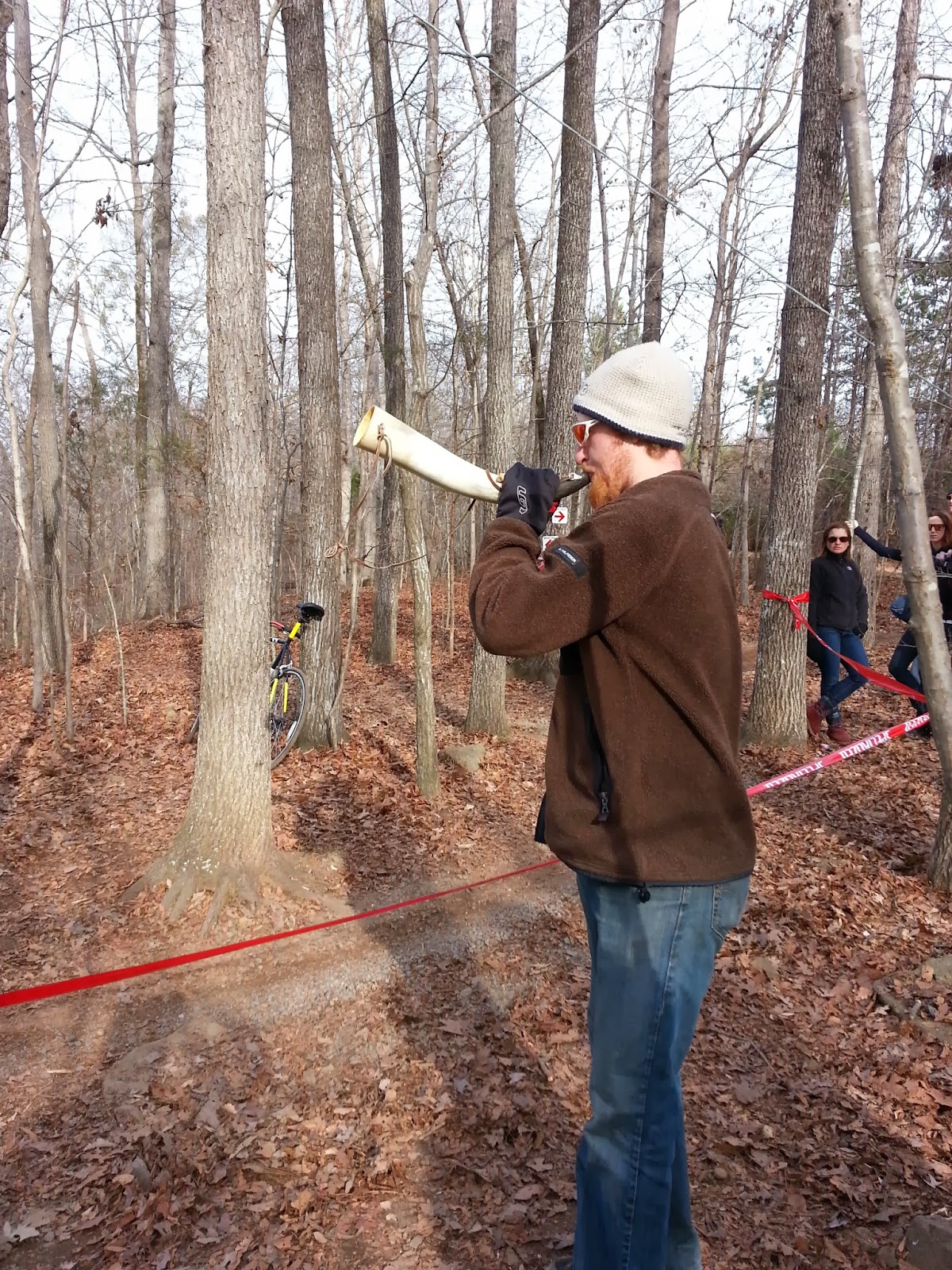 Well if some people don't get it then don't give it to them. Remember those people are paying to race and it is serious to a lot of them. I was there the first race and "equal heckling" was not the case. Remember there is a fine line between making it fun for people and being a dick to people racing. If someone shows a negative reaction to y'all hecklers the lighten up.

And the "Pro Rock Line" was my little creation. I spent two days building that and I do not remember giving Dicky permission to ride it. Perhaps he needs to be reminded about our conversation a couple years ago and me owning all the rocks at Renaissance.

Meh. And I thought you were one of the good ones. You know, a real mountain biker. I don't know what "road bike handling skills" are, but they sound pretty painful. No thanks.

It must really suck for those people that don't ride their bikes for fun. Maybe next week we'll just wear cheerleading outfits and do a little dance number or some shit like that.

BTW, we all peed on those rocks so they're ours now.

The honest truth about racing is yes it's fun but only when you can make your opponents suffer. Nah thats not entirely true its still fun when you are suffering yourself. But like I said in my first post whats not fun is when y'all start pissing people off and ruining their fun especially when some of those people are sponsors of the series.

There once again is the fine line of beer handups, pinata's and dollar bill drops compared to mocking people for their kits, shoe covers and what nots.

So if you wanna heckle thats fine do it but heckle everyone in a respectable manner especially when you realize some people are not enjoying it.

And yes perhaps a dance number would be in order for those select few.

Ohhh and for those rocks y'all peed on thanks for washing off my shitte I had been meaning to get back out there someday.