My Mechanic Has Taken A Vacation 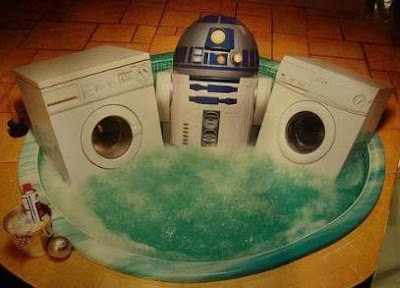 Damn you R2. Just when things start to get busy around here, you take off and mix it up with the ladies. Those are ladies in that photo, right? It’s hard to tell since they are machines. Anyway, I would fire his ass, but since I’m not really paying him I shouldn’t complain. I can handle the workload I guess, but I have to pay closer attention to what I’m doing.


Since I’ve been having issues with chains a-dropping on my 1X9 setup, it was time to figure out what was going on. With the chain watcher thingy in the way, it’s supposed to prevent the chain from dropping, but actually it just made it more difficult to put back on when it did fall off. I think I may have figured out the proper placement though. 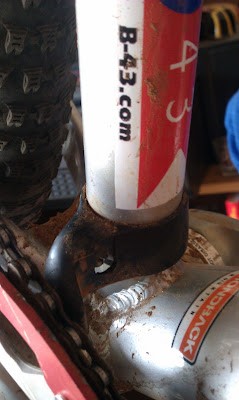 I moved it down a little further, and placed it a little closer to the crankset. I did some on the workstand testing, and I couldn’t get the chain to fall down in there no matter how hard I tried. I left as little room as possible. I think this might be the sweet spot. I did the same to Lunchbox’s bike too, but we haven’t had a chance to test it out on the trail. I’m pretty confident that it will work just fine. I have a little bit of riding planned this week, so I’ll hopefully be back here with a success story. If it does indeed work, then I guess The Dirty Party Cycle will be bringing his bike for some adjustments as well.


The next item on the agenda was something I was unsure about. I’ve been rocking my Cane Creek Ergo 2 Bar Ends for about a year now, and I like them. Well, when I remembered to use them anyway. They are great for climbing, but most of the time I never switched my hand position to use them for that. Plus, my hands would hurt sometimes when they pressed up against them (in the normal hand position), so I started to feel like they were in the way. I noticed that the last few rides I’ve done that I didn’t even use them once. It was time to get them off of there. 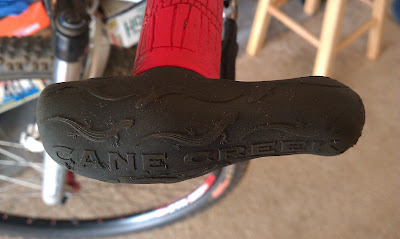 I liked them, I really did. I just figured that I would try riding without them for a while though, just to see if I would miss them. Besides, it did save me a little weight when I replaced them with the standard Lizard Skins lock rings. 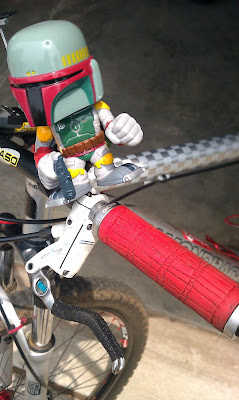 Even without R2D2 doing all the work, things still went well under the supervision of my pal Boba Fett. He’s a real ball buster, so there was no chance of me slipping up.


I got some other odds and ends wrapped up, and then my pal Space Cowboy dropped by for a visit. We had to setup his new tubeless tires on his primary ride, and then get his spare bike back together. He plans on using it in case of an emergency only, which is a good thing because I’m the one who put it together. That shit could fall apart at any time, and I don’t want to be the one responsible for him having another DNF. He was taking plenty of pictures while I did all the work, so I expect that he will put them on his blog in the near future. You know, as soon as he is done blogging about his wedding and stuff.

I’m out. Y’all just relax here until I come back tomorrow. 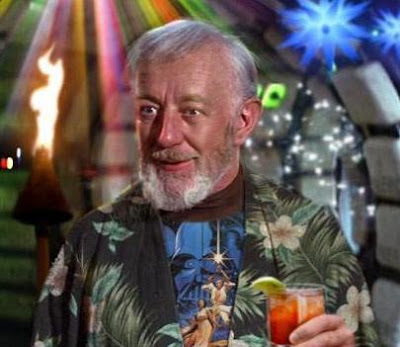