I had a pretty busy weekend, but I’ll start with yesterday since it’s still fresh in my mind.

Yes, I’m a dad.  In fact, it’s the one thing I’m proud of more than anything.  I spend a lot of time with my son, and since he was a little guy we’ve pretty much done everything together.   When I asked him if it would be okay to do trail work for Father’s Day, he was all for it.

So, we headed up to Fisher Farm in Davidson to meet with the rest of the trail crew. 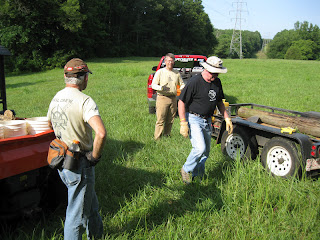 The weather was perfect, and we had a great turnout.  There was a ton of work to do, and we were actually building new trail. 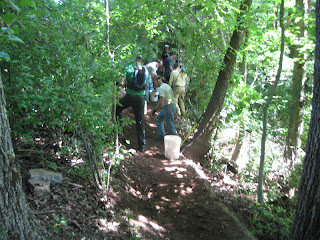 Benching, digging, and other various forms of trail work later, we had a pretty decent amount of trail finished. 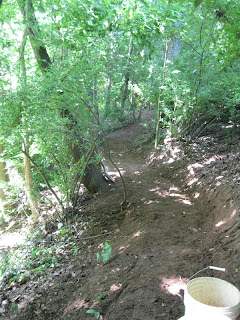 For some reason I stopped taking photos after that, but the fun continued.  After eating a ton of watermelon in the shade and talking about how much we accomplished, a few of us went for a ride.  The new section isn’t open yet, but the rest of the trail is still really fun.

One lap at a decent pace after hours of trail work made me pretty damn hungry.  Lunchbox and I went out for lunch, and enjoyed the rest of our time together.  Big thanks to my boy for making all of my days as a Dad pretty cool.

The fun didn’t stop there though.  While I was on the trail digging in the dirt, I got a call from Dicky.  I thought he was finally gonna invite me to go for a ride with him, but it turns out that he called me for a more important reason.

There was a huge local sale on craft beer. 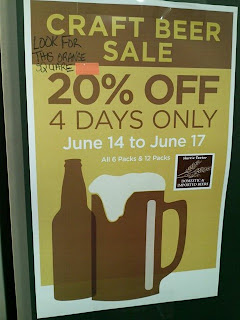 Apparently it started a few days before, but I had no idea.  Being a beer snob, I should probably have some kind of beer sale radar.  It’s a good thing that Dicky was my backup.

On the way back from lunch, I stopped by the store.  I picked up my usual, and saved a little bit of cash. 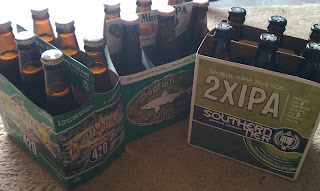 It was a good day to celebrate being a father.

Tomorrow, I’ll try to put together a recap from my Saturday adventure…
Posted by TheMutt at 8:06 AM

I hate I missed that work day with you, Mark and Mike. Bench work looks good.