, I survived .  I’m not sure how, but I did.  Hell, I’m not even sure what the hell I got myself into.  When I showed up at the race start in the morning, I saw a shitload of people. 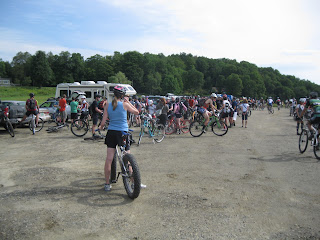 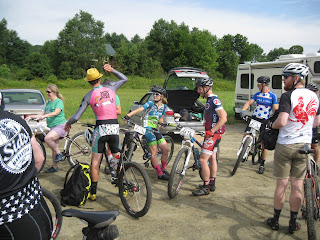 And a lot of them dressed up in costumes. 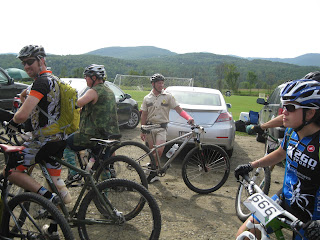 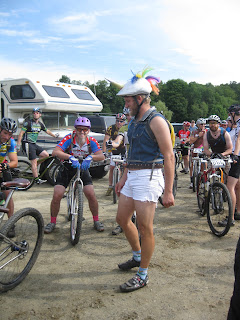 And some were not so dressed up. 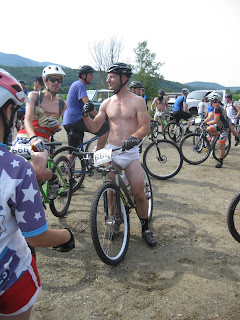 When it came close to race time, George got up to speak to the masses about the “race.”  It was a pretty simple speech, and it didn’t last long.  While we were all gathered around, out of nowhere he told us to go.  No start line, no lineup, just get the fuck out there and ride. 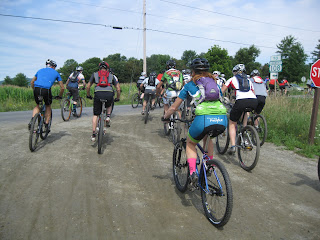 We started out on a road, and immediately started climbing. 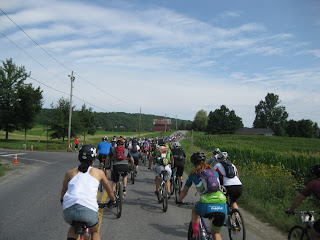 The road went up, up, and when I thought it couldn’t go up anymore, we kept going.  Eventually we made it onto a couple of gravel roads. 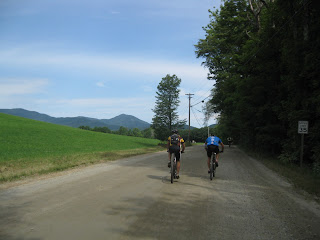 We finally hit some singletrack, and I was in heaven.  Well, I would’ve been if I hadn’t left my lungs at the top of the last climb. The trail was awesome, and I was somewhere in the middle of a group riding through rocks, roots, and guess what?  More climbing.  I stood up and mashed, sat and spun, and even walked a few times.  It was torture, but I loved every second of it.  I couldn’t believe I was there riding in the mountains of on one gear with a bunch of other crazy people.

After a while, we exited the single track and started climbing up a gravel road.  Up ahead on the left, I spotted a crowd of people.  I knew this had to be the first of several aid stations.  This was the best checkpoint I’ve ever seen in a race before. 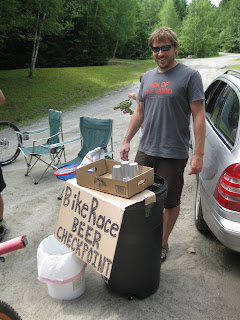 Checkpoint brought to you by The Alchemist Brewery

We stood around for a while and enjoyed some cold, hoppy goodness.  This was the “fun” crowd I figured, since the serious folks probably blew by to keep “racing.”  I enjoyed the shit outta the beer, but I eventually had to get back to climbing. 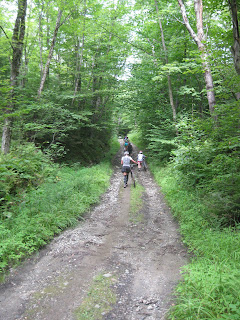 We hit some more singletrack after that, and it was fucking terrible.  I was still having fun, but it hurt like hell.  I passed a few people here and there, and a few people passed me.  Everyone was suffering.  At one point a few of us missed a turn and got a little off course.  After backtracking a bit, we found our mistake and continued on our way…with more climbing. 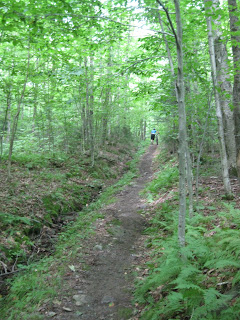 That section of singletrack put us out on a gravel road, and we started flying downhill.  It was hard to enjoy it though, because I kept looking for course markings so I wouldn’t get lost again.  As soon as we got to the bottom, we saw signs facing the other way.

We were lost again.

A few folks rolled up right after that, and we all tried to figure out where we went wrong when two non-racing riders told us that there was a beer stand just down the hill.  We decided to go there and find out where the hell we were supposed to be going.

It was the same beer stop as the first one, but we were indeed going the right way.  We all split the last beer they had and went on our way.  We hit some more roads, and it was all downhill from there back into town. 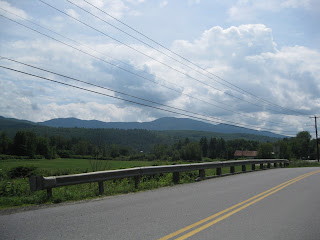 We ended up on the Stowe Bike Path, and followed the signs.  All of a sudden, there was a sign pointing us in the direction of... 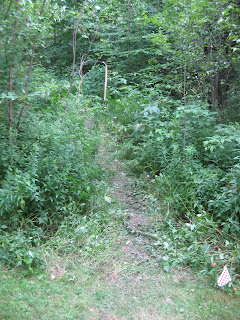 This was some of cut-through, and I started to wonder where the hell we were going.  It didn’t take long for my question to get answered, as we quickly came upon a magical aid station sponsored by Drunk Cyclist. 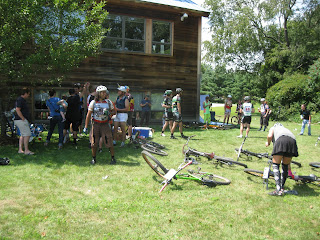 As soon as I rolled up, some dude came over and offered me a shot of tequila.

Shit was gonna get rough from here on out, I thought.

I’ll fill you in on the rest tomorrow, because that’s what I do.

I expect there to be tequila feed zones on the 1st Annual B-43 Tour de Queen City!!

Lot 'o waitin' for a shot of the dude with his head up yo skirt!