Well, far enough.  Rather than participate in that shitty shopping ritual called “Black Friday”, I wanted to get as far away from shopping stuff as I could (without driving all day.)  Luckily, the Dirty Party Cycle hit me up a few days before and suggested that we take a trip to Uwharrie… 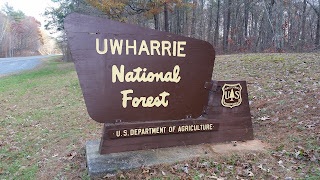 That seemed like a great idea.  The trails there don’t get a ton of use and there’s not much around in the way of shopping.  I was excite.

While not the “real” mountains, it’s still the mountains damn it.  A few tough climbs, some rad downhills, and views that make you think that you might be “way up there.” 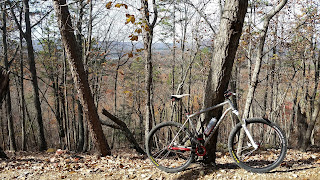 We didn’t stop much for photos, and even though he offered, the DPC didn’t taker any shots of me.  I got one of him though. 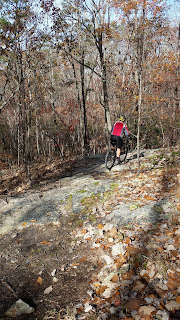 There’s been a lot of logging out there recently though.  I was concerned at first, but it looks like they aren’t really impacting the trails.  Still, we stopped to chat with a local driver about what they’ve been up to out there. 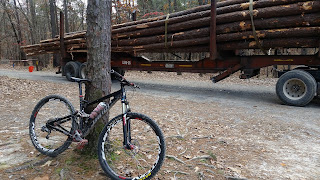 The trails were in awesome shape too (that’s always a plus.)  My friend and “sorta” local all around good guy Chris Green had been there to clear the trails of leaves and debris recently (including once after our ride.)  The trails don’t take care of themselves, you know.

It was a great day.  You know, because we weren’t out there fighting people to get a “deal” on a shitty TV.  It was nice to be outside and not inside spending money.  Well, scratch that.  We did spend a little money…

Just on beer and Mexican food though. 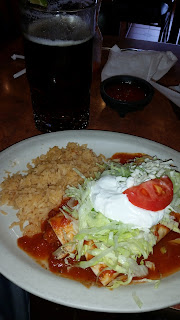 Totally worth it, and no crowds.

Tis the season to ride.