I actually got out on the bike again over the weekend.  If I keep this up I might be able to call myself a cyclist again.  This ride was sort of a special occasion.  Some of our friends just moved to the Queen City from the Lowcountry, so we decided that an urban ride would the best way to get them familiar with their new surroundings.

We met up near the Sugar Creek Greenway and shot the shit while we got our bikes (and ourselves) ready.  There were a few flat tire issues that eventually got resolved, but not before the parking lot was splattered with sealant. 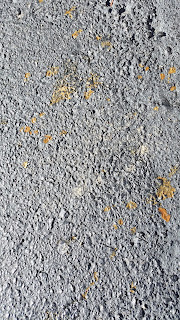 Yes, that's the only photo I took of the fiasco.

I didn't mind waiting around, because it was nice that for once I wasn't the one everyone was waiting on.  About forty five minutes after we met in the parking lot, we finally hit the greenway.  It was just a fun ride, so we cruised around with no particular destination in mind.  We eventually ended up on a bridge in Freedom Park. 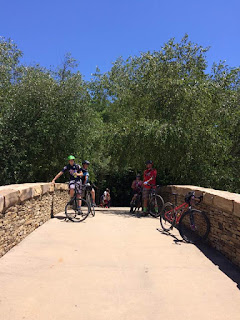 Our friends were having a blast, enjoying our awesome network of greenways around town.  We decided to give them the full tour, so we stopped by one of the coolest bike shops in town, BikeSource. 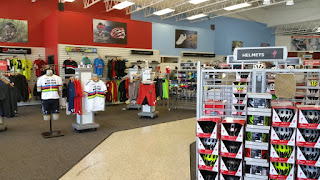 I spy DeFeet socks in the background...

We shot the shit with some folks that I hadn't seen in a while (because I'm a recluse these days) and eventually got on our way.  We shot across town and caught the next greenway by the light rail. 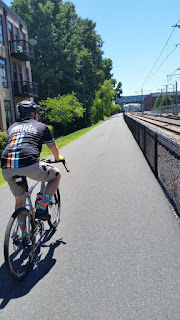 Even though I haven't told much of a story up to this point, we'd actually been out for quite a while.  It was time for food and beer.  We turned around and headed back toward the city, looking for a place to take a break and get some grub.  We found such a place and parked our bikes. 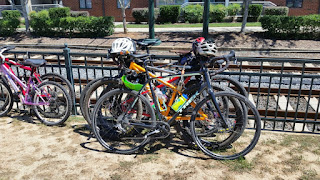 We decided to try a new place (new to me anyway) that showed a little promise... 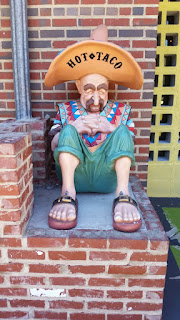 They had good beer, and the food was excellent.  The service though?  Shitty.  I mean, really bad.  We waited forever to get our order (it wasn't very busy either) and our server had less personality than this thing: 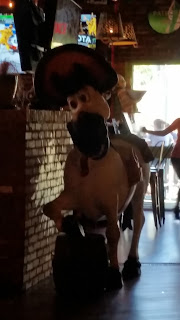 We were there for what seemed like hours, which cut into our ride time.  We got back to it, enjoying some cool water on a hot day. 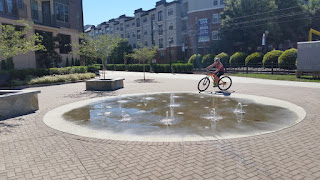 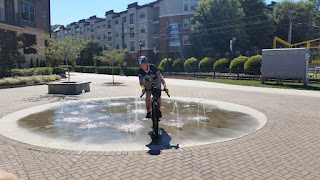 After that it was time to go into the concrete jungle... 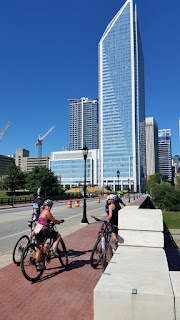 And I rode through the Disco Chicken: 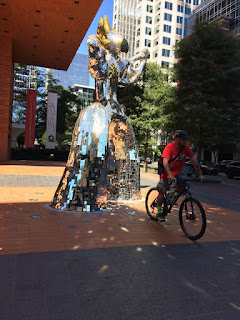 We even did some gravel grinding... 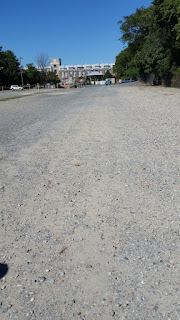 I still don't get it.  Maybe I'm not doing it right.

We'd been out for hours.  Our city's newest residents were having a blast, but it was time to head back towards our vehicles.  We made one more stop at the Government Center, where they have some fun shit to play with. 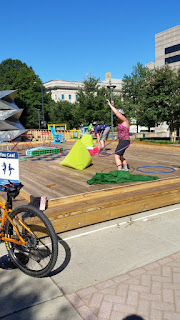 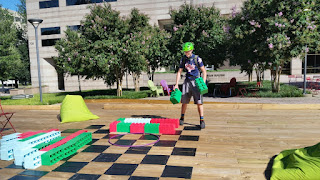 That stuff was for kids.  Probably.

What an awesome day.  I hadn't been on an urban ride in a long time so it was extra special for me.  It was also nice that when our friends left us they didn't have to drive all the way back to Charleston.

Which will be sooner rather than later I'm sure.