This Time I Watched 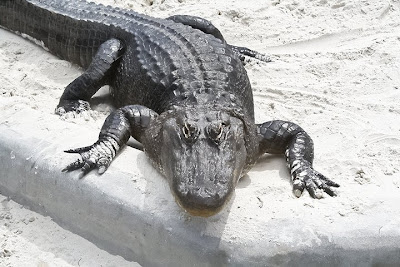 Last night I headed up to North Meck to check out one of the Summer Series races. I say watch because when I stopped by my house after work to change clothes and grab my bike, the sky suddenly turned black. It started raining, and I didn’t figure that there would be a race. When I got there I found at that it had rained, but not really enough to affect the trail conditions. I didn’t feel like racing anyway, so I took some photos of some of the locals. 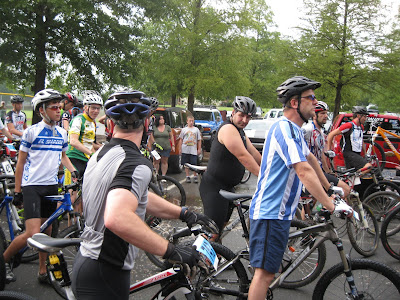 I also got to help with the race, which I really enjoy. I stood at the trail exit, making sure that the racers didn’t start out going the wrong way. It was an easy job, so I snapped a few more photos while I Stood there. 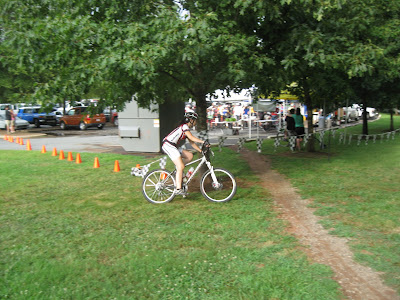 In second place (in this photo anyway), my pal Doug was getting his race on: 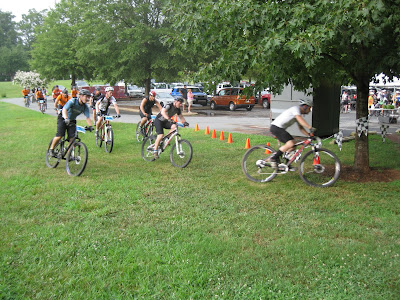 I also spotted the infamous Mr. Ryde, trying to get some hot laps with the main pack: 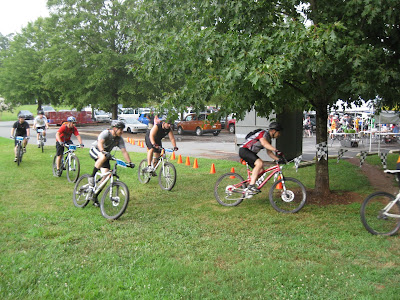 I waited, and watched for my friends to come back around after the first lap. These guys were working hard, while I just stood around watching like a goon. 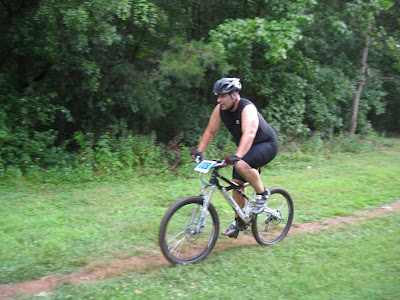 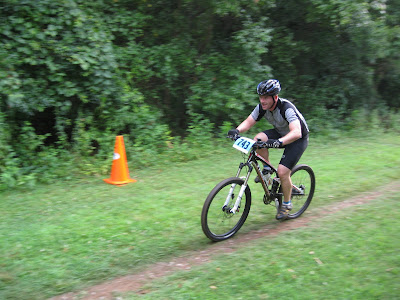 That was pretty much it. After the race I helped tear down everything, and hung out to shoot the shit with the locals. We talked about bike stuff, which is my favorite subject (no shit.) It was good to get out and watch some racing action, and it was nice not to have to go out there and mix it up for once. I’m taking it easy for a bit.


Speaking of taking it easy, I’m gonna be off for a few days. The little lady and I are heading to the Outer Banks for some much needed R&R, and I won’t be back until the middle of next week. We’re bringing our bikes to ride around out there, but I don’t foresee any trail action taking place. I’m bringing the singlespeed, so maybe I can get some kind of workout when I’m out there. I haven't talked to Mr. Shepherd yet, but maybe he'll provide some material here while I'm gone. Keep checking.


In other news, here's something I've been meaning to talk about here for a while. This guy in New York City got a ticket for not riding his bike in the bike lane, and tried to plead his case with the law. Since his complaints were falling on deaf ears, he decided to make a video about why he couldn't ride in the bike lane. It's pretty entertaining, so I thought I would share. Enjoy.

Cool Shots! Glad to see I have been upgraded to "imfamous"