I missed Thursday and Friday.  Sorry about that.  I mean, Who Gives A Shit.  Anyway, I may or may not have mentioned that my cross country season resumed over the weekend in Danville, VA.  Friday morning I woke up feeling no more effects from Death Virus 2015, so I was hoping for a good day on the bike on Sunday.  I tried to relax and take it easy leading up to the race, but I had too much shit to do.  I’ll talk more about that later I guess.

Anyway, the forecast for Sunday in Danville featured a one hundred percent chance of rain.  I was looking forward to shitty weather actually, because mentally I like to think I can handle it better than a lot of folks.  The forecast model kept changing leading up to the weekend, but when I hit the road bright and early I was happy. 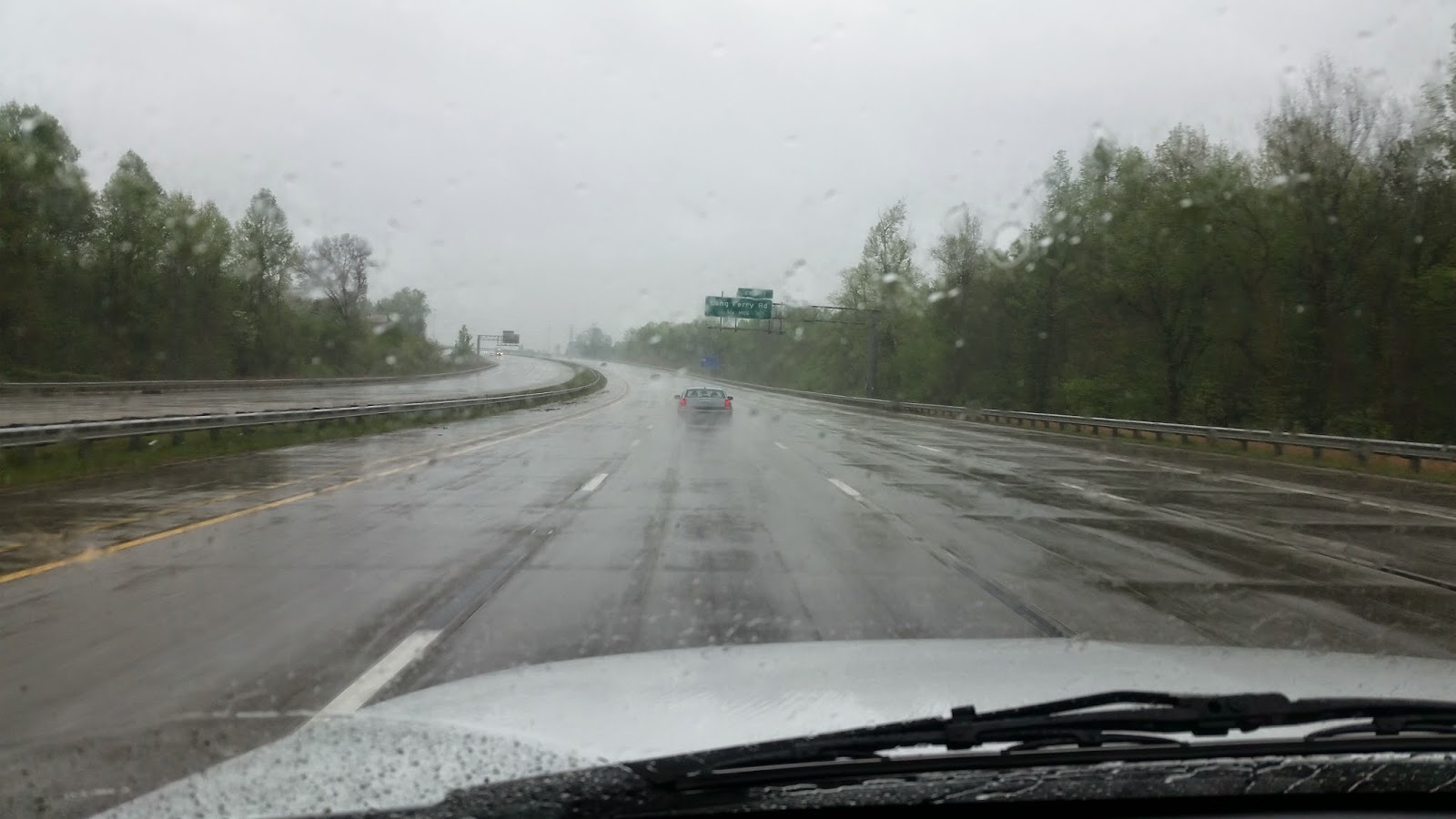 I’m not really happy about all the rain we’ve had around here lately (keeping our local trails closed), but I was happy about a potential “advantage” on race day.  But about an hour and forty five minutes into the drive everything changed.

As soon as I hit the Virginia state line it wasn’t raining anymore. 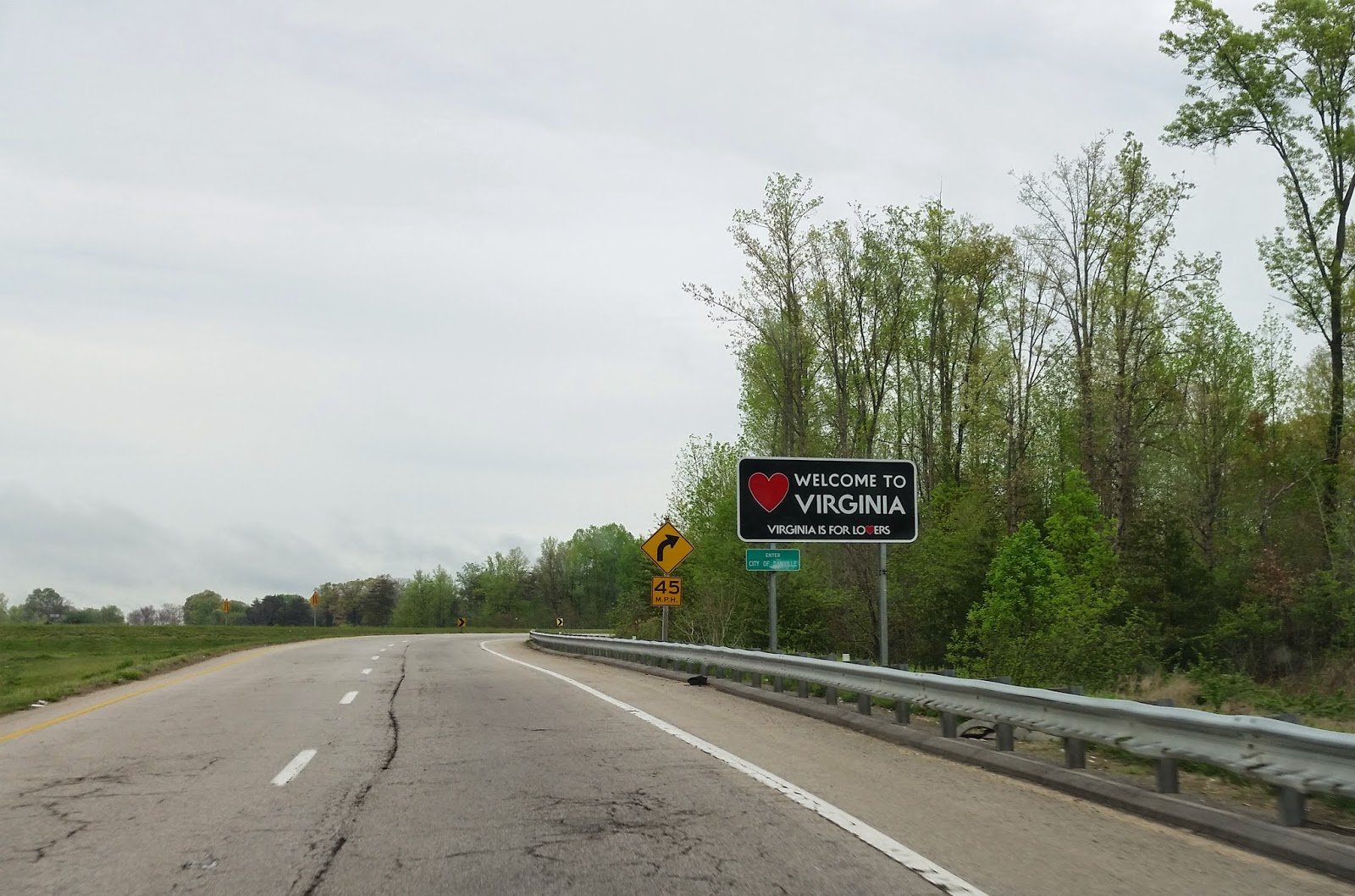 No worries.  I still wanted to race.  I got there with plenty of time to sign my waver and warm up, and soon after we lined up.  Once we started I had to spin like crazy on a long, flat section to try to get into the woods first.  It hurt like hell to spin that fast, but I got in second…

Right on the leader’s wheel.

The rolling hills in the beginning of the course were fun, and I felt pretty good.  My heart was still racing from spinning so much in the beginning, but I knew I would recover soon.  Once we started climbing up switchbacks though, I was getting frustrated.  Three of us were pulling away from the group, but the leader was spinning in a low gear and taking the climbs way too slow.  This caused extra effort on my part, and once we finished that section I was gassed.  I let one guy go by and kept pushing.

Suddenly, my legs felt like cement blocks.  I had no energy, most likely because my body hadn't fully recovered from my sickness (that's the official diagnosis from Little Miss Sunshine anyway.)  I let one guy go and then another, and sat solidly in 5th place. I figured that I would still recover, but each climb hurt worse than the one before it.  They weren’t that bad (and my gearing was good for them), but I was just pooped.

I decided to hang on the best I could and maybe make my move on the second lap.

The rest of that lap hurt until I came out on a long, flat-ish section (about two miles worth.)  At this point I realized that my gear choice sucked since I was spinning like crazy and couldn’t go as fast as I wanted.  I started thinking that the geared riders were dropping me here, and that I would never catch back up.  So much for recovering.

Suddenly, I came up on a rider.  He was from one of the groups that took off before me, and when I passed him I felt a little burst of energy.  Soon after we came out on a road, which meant more flat and more spinning.

Crossing the start/finish line, I soon entered the woods again for lap two.  I was hoping that my energy would come back somehow.  I had some time to make up.

Tomorrow:  the conclusion.  You know, because I always drag this shit out.