The weekend has come and gone, taking the North Carolina Interscholastic Cycling League season with it.  Kids from all over the state headed down to Brunswick Nature Park in Leland, NC (near Wilmington) to finish off the season strong.  My weekend started with me trying to get out of town on Friday during rush hour (not fun), and making the almost four hour drive to get to my hotel.

When I got in it was late, so I grabbed some food and beverage with little time for anything else.  Tried to go to bed early, but I tossed and turned all night because I was excited about being a part of the league and putting on the last race (I also don't sleep well when I'm traveling.)  Anyway, the next morning I was up early and made the fifteen minute drive over to the park.

They were waiting for us... 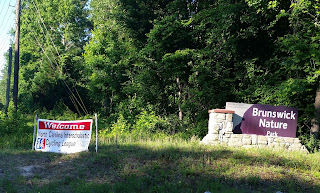 I hadn't been down there in almost four years, when Eastwood and I decided to do a six hour race out there.  I knew it was a cool park, and I was happy to be back.  Everyone got right to work and we all pitched in to make sure things got done.  Even though the park has plenty to do, we were only there for one purpose.  Still, that didn't stop me from having thoughts about enjoying what the rest of the park had to offer.

I saw these folks and for a brief second I wanted to join in... 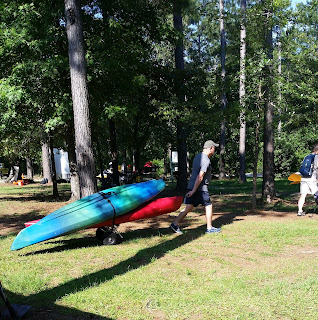 But I did not.  I worked to help get more kids on bikes and to make great race for them.  I also took pictures of other people working... 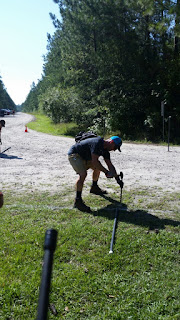 There is a lot to get done for these races, and luckily for me most of my time can be spent out on the trail. 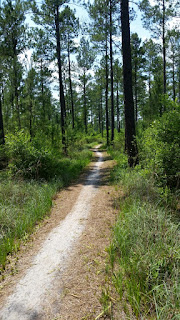 Coastal NC reminds me a lot of Florida, so I felt right at home.

At one point, I passed by the spot where the kayak people were heading.  I figured I should stop and check it out. 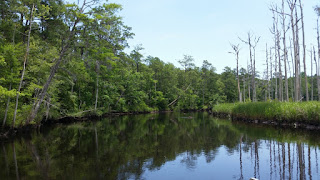 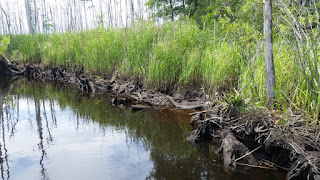 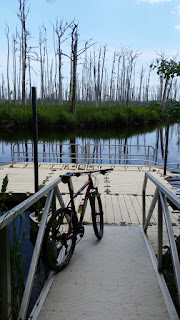 Reminds me of where I started right many moons ago.  I dig it.

We eventually finished setup and it was time to call it a day.  A few of us went out (maybe I'll talk about that another time.)  Once again I tried to get some sleep and failed miserably.  Six o'clock the next morning I was back at it, but this time it was race day.

I am usually really busy while the races are in progress so I take very few photos.  My spot during this one was away from the action so I really didn't get squat.  Go check out the North Carolina Interscholastic Cycling League Facebook Page and you will find lots though.

I did get to wander around a bit to take a few photos though.  Here's a shot of the team trophies, which were made (out of recycled bike parts) by Little Miss Sunshine: 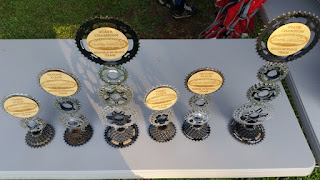 And I also saw lots of cool DeFeet socks... 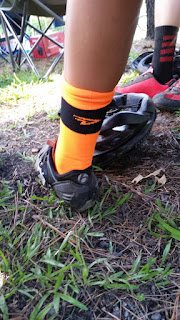 Yeah, those are cool and all that, but thanks to my friends out there in the hills (and my kid, Lunchbox for the art), there were lots of new socks made just for our league... 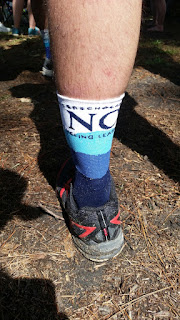 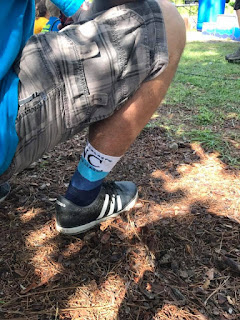 So, race day was crazy.  A huge rainstorm came through during the high school boys race and soaked us all.  It didn't matter, because everyone was having fun (and those trails are actually fine in the rain.)  Once the rain went away and we packed up the course/infield, the awards ceremony began... 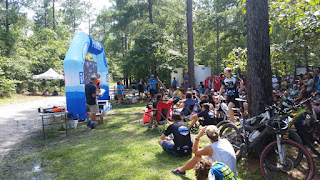 And after the awards, the race staff decided to pay a tribute to the founder and League Director, Mike Long... 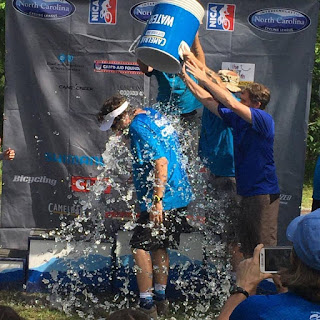 What an awesome day and a terrific series.  I am so happy that I got a chance to be a part of this.  We all did a great job, but it's really the kids that made the difference.  I can't wait to get back to it next season.  But as this season came to a close, I found myself looking forward not to the drive home, but to what we will do next. 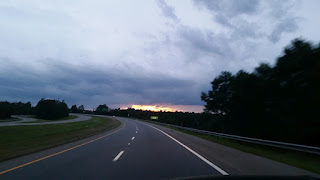 It was a long drive back to Charlotte, but I had plenty of time to think about what we'd accomplished and how we can make it even better next time.  It's really amazing how much work we put in and how rewarding it was.

I don't even care if I never race again, because this is so much better.

Posted by TheMutt at 9:22 AM No comments: 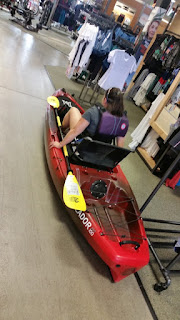 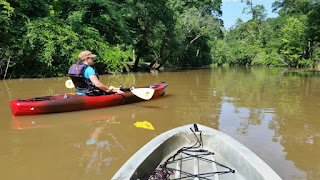 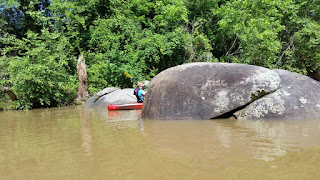 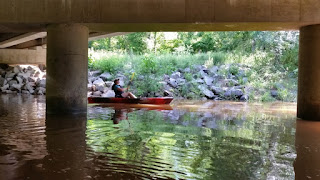 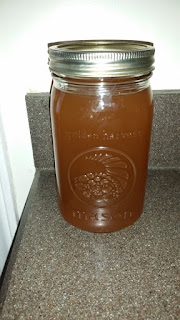 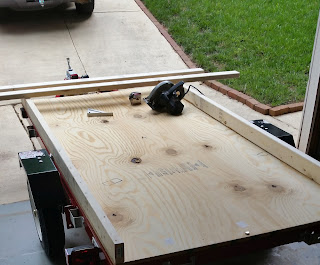 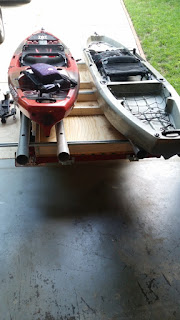 Posted by TheMutt at 8:34 AM No comments: