Tri To Be Different

I know some of you were surprised yesterday. If you’ve been around here for awhile though, you know that the other half of this blog-writing duo, Mr. Shepherd, contributes a bit o’ stuff on here once every so often. Since he hasn’t obtained any photos yet, yesterday’s post was but a brief description of his tri-sport adventure da udda day. Yep, we do a little more than mountain biking around here, with two-thirds of the B-43 squad participating in triathlons. While that doesn’t make us elite athletes by any stretch of the imagination, Mr. Shepherd’s accomplishment on Sunday was a huge step in that direction.


While I was awfully proud of myself for swimming half of a mile during yesterday’s “training” session, it pales in comparison to the 1.2 mile swim that Mr. Shepherd had to do down at Ye Ole Disney World during his event. Tack on a 56 mile road ride and a half-marathon run, and you have yourself a feat of Ironman proportions. I have two triathlons under my belt, but both of them were sprint distances, and off road as well. What the hell does this have to do with the price of tea in China? Well, I guess I’m really starting to think about our next big event, the XTERRA Whitewater, coming up on July 11th.


Mr. Shepherd, The Dirty Party Cycle, myself, and possibly Senor Oeste are “competing” in this sure to be fine event, and we are all in various states of readiness. Obviously Mr. Shepherd is the most prepared, so he will most likely have the best results. I know the DPC is plugging away at his training, so he should be good to go too. As for me, I’m just trying to survive. I had the benefit of working with one of my friends yesterday on my swimming, so I now feel a little more confident. He’s a world-champion XTERRA athlete, and actually the one that got me interested in the sport. Since the swim is the most daunting of the events for me, I need all the help I can get.


As for the bike, I’m not worried in the least. I get plenty of practice riding the trails at the U.S. National Whitewater Center, including this past weekend. I got in a few quality “race speed” laps on Saturday morning with the MadSS and his Mrs., and they schooled me on the fine art of climbing. Actually, they schooled me on just about everything. It was all I could do to keep up with them, but that kind of “training” is exactly what I needed. It’s easier to push myself when other people are around, which is the whole reason I race in the first place. Now if I could just get someone to push me on the trail running, I’d be all set. I’d much rather push myself towards the beer fridge, which seems to be detrimental to my “training.”


This week promises to be full of racing adventure, with two events at the U.S. National Whitewater Center. Tomorrow’s race looked to be in danger of cancellation due to weather, but now it’s looking more promising. The weather has cleared, so I will most likely get to have my ass kicked once again. Oh joy. This is what it looked like outside yesterday: 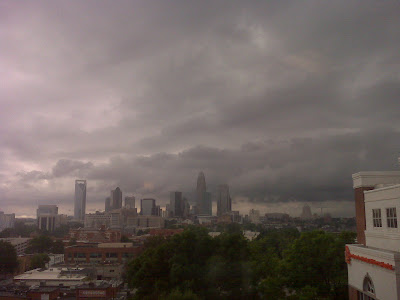 Sunday is the 2010 Catawba Riverfront Classic, which will have me fighting to defend my 2009 Clydesdale title. I have a feeling that it will be more difficult this year, even though I am in much better condition than I was last year. I’m really not that competitive (other than with myself), so I guess I had better turn it up a bit. I should start getting ready. 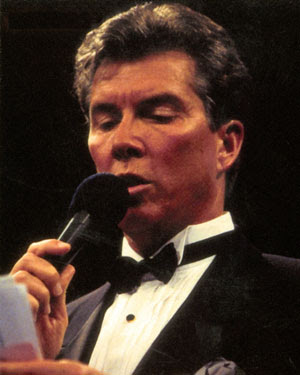 "LLLLLLLLets get ready to get ready!"
Posted by TheMutt at 8:37 AM

I haven't seen the bike in weeks let alone ridden it, and I haven't strapped on goggles since last season.....oh boy.

Well then, it sounds like you are ready, at least by the low standards set here at B-43. Come on up here!