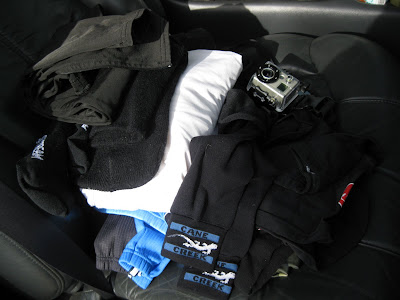 But I brought everything else along for my ride. Yep, over the weekend I finally got out for some bike action. On my mountain bike no less. I couldn’t believe it. I was on call for my real job, so I thought that there would be no chance of getting out for some dirt riding. I managed to sneak out for a bit though, but it was cold as a polar bear’s ass crack when I got to the trail: 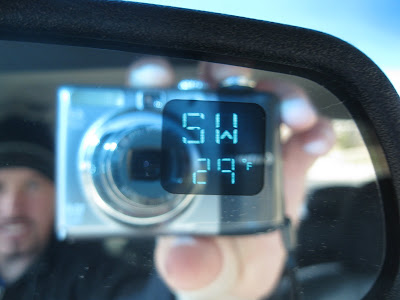 I was ready, and I didn’t give a shit how cold it was. In fact, I wore tons of clothes under my jersey. That explains the pile of clothing in the first picture, right? Okay, good. Anyway, after checking the status of all our local trails, I pretty much had my choice of any (except Catawba because it was still closed.) I decided on Sherman Branch, since it was pretty close to me and I hadn’t been there in a while. I was really excited to be out in the cold: 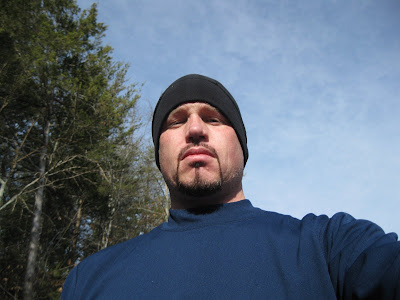 I did get some video footage this time, but I’ll come back to that later, or another day, or maybe not. I took off on my ride, hitting the trail at a moderate speed. I wasn’t trying to set any course records or anything; I was just happy to be out on my bike. The trail had a different plan though. Even though it was “open” it was a mudhole. Actually, it was a sloppy fucking mess. I know, I don’t drop the F-Bomb much around here, but in this case it’s appropriate. Hide your little ones, okay? Well, never mind. I won’t do that again. They can come back now.


Where was I? Oh yeah, the ride. It was fun at first, but I noticed that I was collecting a rather large amount of mud on my bike, and there was no sign of it letting up. It wasn’t even the fun kind of riding in the mud either. It was the, “Don’t go too fast or you’ll slide off the trail and crash into a tree” kind of mud, and my Kenda Small Block 8 tires weren’t helping.


I thought it would get better, but it never did. After riding the first part of the main loop, I started thinking I should bail on my ride. I saw quite a few people doing the same thing, and a few of them were mumbling about how they shouldn’t have even been out there. One guy I talked to on the trail was scraping the mud off of his bike with a stick, just like I had done moments earlier. It’s only a little mud, right? 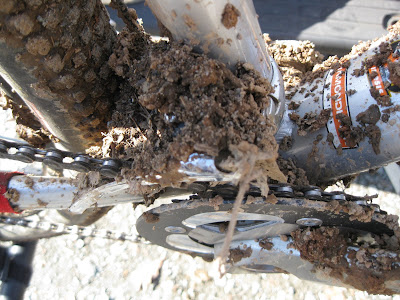 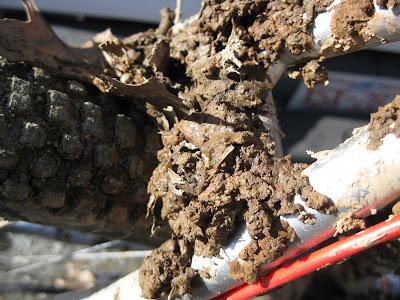 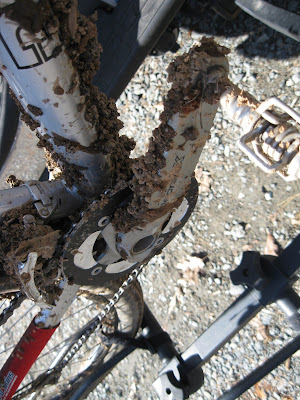 I’m not so much worried about the mud I gathered on my ride, since it was easily washed off. I was more concerned about the impact of the trail, and the fact that it probably shouldn’t have been open. There are plenty of places I could have gone to ride in the mud, and next time I’ll plan ahead a little better. I got in a short ride, and I guess it was better than nothing. It was tougher than normal, since I was carrying around about 20 extra pounds of mud on my bike. It was an extra bonus for my workout. I guess that little bit of pedaling helped my sanity though, and I’m all about that shit.
Posted by TheMutt at 8:14 AM