Nothing Can Stop Me 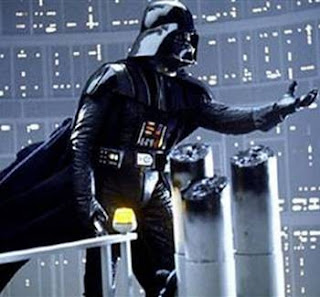 Even though I’m still on call for work (this is the last night for a while), I managed to find some time to get on my bike.  One of those times was out at Fisher Farm in nearby Davidson for a little single speed action.  After getting out there by myself for a while, I rolled through the parking lot to refill my bottles before I headed back out for another lap.  I noticed that I had some company…

Little Miss Sunshine decided to show up and ride with me. 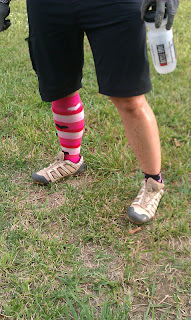 And she apparently had an issue with her sock selection.

She also brought her single speed, and we took another lap around the trail.  I’m really amazed at how much of a better rider she’s becoming just from riding her SS.  I asked told her how I am starting to prefer riding only one gear all the time, and asked if she would be doing the same in the near future.

I used to say that too.

Riding a single speed has done wonders for my strength on the climbs, and I really like the fact that she’s getting the same benefit.  I’ll keep pushing her to give up the gears, because I know it’s the right thing to do.  She has fun every time she rides it, and she can keep up with me just fine.

The single speed…this is the weapon of a Jedi.  Not as clumsy or random as a geared bike, an elegant weapon for more civilized days.

I got in another ride, but I didn’t take any photos.  That’s too bad, because the Dirty Party Cycle made an appearance.  He doesn’t get out my way too much these days.

I think I’m done for today.  I got a lot of shit going on.

I should be back here tomorrow though…