This Can’t Be Good 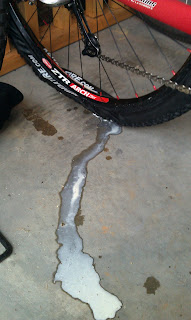 After all that work I did to get my tire situation fixed, I came home to a puddle of Stan’s.  It didn’t take long to figure out where the air leaked out though, luckily.

I found that the rubber on the valve stem had separated, most likely because it’s getting up there in years.  With no new ones on hand to replace it, I’ll have to cram a bike shop trip in sometime this weekend.  It’s my geared bike, and I won’t be using it for a little while anyway since I’ll be out of town with the SS.  I really don’t have time for that shit right now anyway.

Instead of using this weekend to get ready for my upcoming trip to New York/Vermont, I’m heading for the mountains.  , that is, for Brews and Views which includes the 2012 USA Cycling Mountain Bike Gravity National Championships.  That’s right, the little lady and will be watching downhill and dual slalom racing, drinking beer, and listening to cool music.  Plus, there’s a special guest appearance by cycling’s only rock band, Cro-Moly.  Wait, who?  Cro-Moly, founded by DeFeet boss Shane Cooper will be there wrapping up the after-party.

Check out some of their stuff:

So yeah, it looks like I will be having some bike fun this weekend, without actually getting on my bike.  That’s only Saturday though, so I have time the next day to pedal a little bit.

That’s if I’m not too hung over and tired from partying like a rock star.

In other news, I haven’t been on my bike at all since I raced this Sunday.  It’s not for lack of trying though.  I made plans, even packing my bike and gear in my truck for some two-wheeled after work adventures.

It’s rained here every day, and I don’t mean a light sprinkle either.  Big-ass thunderstorms aplenty, which have been keeping the local trails closed.  It’s even been raining too hard to ride over at my all weather trail (Captain Jim Bob’s Space Adventure.)  It’s kinda hard to see through the fat ass raindrops.  Since I can’t ride, I’ve been spending more time on my other hobby… 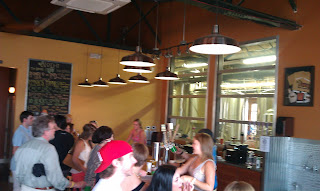 Sorry for the blurry photo.  I was drinking already when I took it.

I went over to the NoDa Brewing Company, which is right on my way home from work.  There was a fundraiser for a local cycling event (the 24 Hours of Booty), and even though I’m not participating in the event I got an invite.

It was a chance to eat, drink beer, and socialize with folks from the local cycling community.  And of course, I got to stare at their fancy brewing equipment. 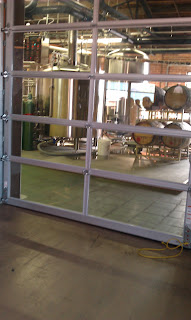 I enjoyed my time there (and of course the beer), but I really need to get out on my bike.  Sunday ride plans are in the works, so hopefully the rain stays the hell away so I can get out there.

Maybe I’ll be back with a ride report.

Most likely it will just be a spectator report though.

I had been thinking of getting up to Beech Mountain to check out the Gravity Championship, take some pictures... maybe find something for us XCers up there... but there is still so much riding to explore around here!! That is... if the storms stay away this weekend. Have fun up there!