I can’t ride on the trail just yet.  I really want to, and the fact that my shoulder is healing makes me want to push it.  I’m keeping myself off the trail even though my doctor said I could “get back when I feel like I’m up to it.”  Honestly, I think I’m ready but I know I shouldn’t.

So the next best thing has been “road riding” 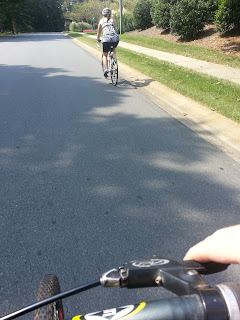 I grabbed my beater bike over the weekend (with trailer), and Little Miss Sunshine and I hit the road.  We had no plan.  We just started riding out of our neighborhood and up the road a bit.  I started getting antsy though, feeling the need to get my bike in the dirt.  With no trails nearby (luckily) I started looking for alternate routes.  We took a “dead end” road and ended up at a construction site. 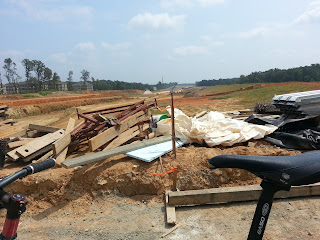 The construction is actually part of an interstate loop around the city here, and since it was a weekend we decided to poach a little of it. 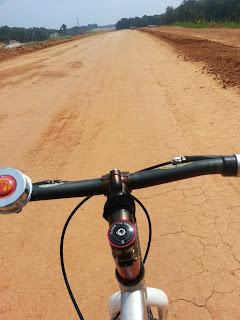 Trailer in tow, I rode on some dirt highway. 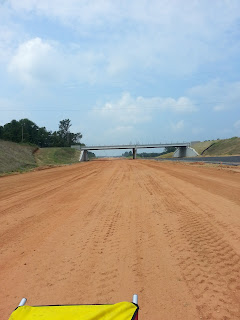 One side was paved, so we rode that part on the way back. 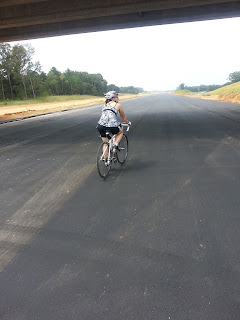 It wasn’t mountain biking, but for me it was the next best thing.  We weren’t there for long but it was pretty fun.  Since I had the trailer attached to my bike, we decided to head over to a local market to get some fresh fruits and vegetables. 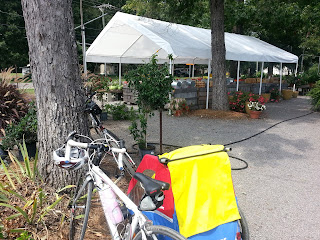 With my trailer loaded down with produce (and riding a 34X16), I felt like I was actually getting a good workout.  We kept going up the road, and since it was lunchtime we found a spot for some food and a cold beer. 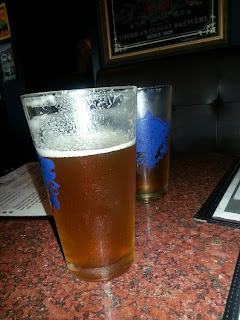 That beer was so good.  Probably because I had to ride so far to get it.

Next door was a beer mega store, and I used the remaining space in the trailer for fine, hoppy beverages.  Loaded down with tons of extra weight, we made the long trek home so I could enjoy the items we acquired from our shopping spree.

It’s the only kind of riding I can do right now.  Good enough I guess.

Barring any setbacks in my recovery, I may be back on the trail for an easy ride next weekend.  If not, I’ll probably go batshit crazy being off the mountain bike.

This sucks, but at least I haven’t had to ride an actual road bike yet.