For Better Or Worse


I was off again.

The first climb in after sitting for a while got to me a little.  It sorta made me wonder what the hell I’d gotten myself into.  I was pretty wonky, having trouble controlling my bike even on the easy parts.  Once I got through the first tech section and back to the flat, twisty stuff, I settled in and spun away.  I’d already surpassed my lap total from last year, so my mind was feeling good.

And I was still having lots of fun. 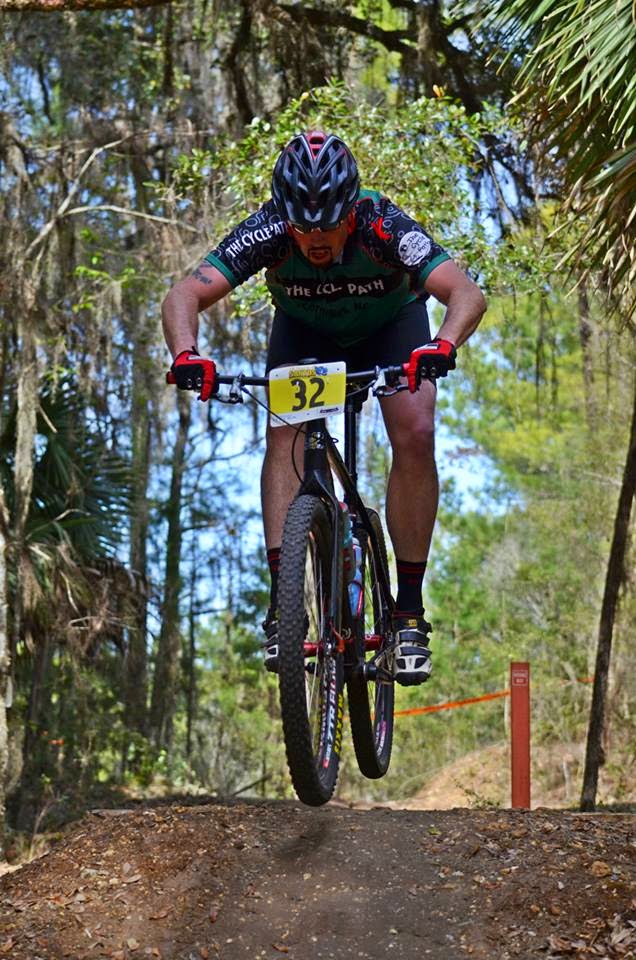 The flat stuff was fun too but it got a little monotonous.  I would often find myself daydreaming (and even hallucinating some), and at one point I was startled when I heard a rider approach me from behind.  I soon realized that it was Dicky (as soon as he passed me), and after saying hello I looked down at the trail and saw that I was barely moving.

I gotta get my head right again.

I started getting my mojo back eventually.  Normally I ride with some sort of music playing device, but this time I didn’t.  I wanted to see if I could suffer without any outside help, and after that one episode I got back to business.  Once I got back to the next tech section in the Vortex, I worked hard.  I still had climbing legs (surprisingly), even though it took a bunch of work to mash up the steep stuff. 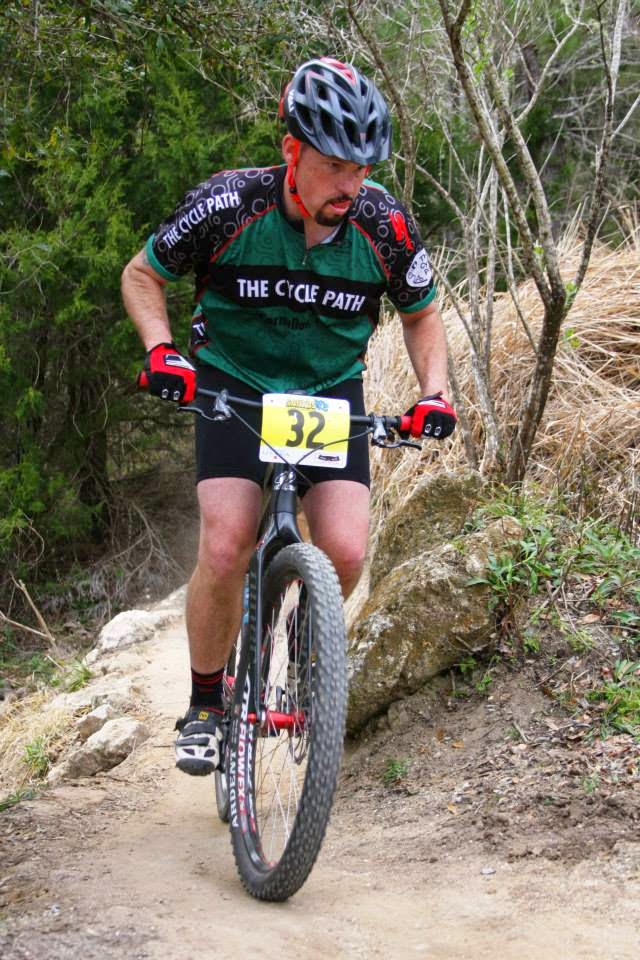 A little more tech, one more steep climb (after a sweet wooden berm), and a few small ups and down later I was on the home stretch of that lap.  The last twisty and fast section was very much welcomed, and before too long I came screaming through the pit row.  The crew from Jacksonville had a little jump ramp set up along the trail, and I’d been hitting it all day long.  I wasn’t about to stop, and after their cheers and I jumped it and headed for the Niner tents.

I didn’t want to stop after this lap but the sun was starting to go down.  I walked over to grab my lights, mounted them up, and headed back out for more.  With my legs feeling a little looser, I hit the climby tech stuff again and did a little better this time around.  It wasn’t dark enough to turn my lights on yet (or so I thought), so I rode as long as I could without them to see what I could do.  I honestly don’t remember much about that lap other than noticing that I didn’t find a lot of the trail familiar.

That’s pretty odd considering I’d been riding it since 10:00 a.m.

I don’t recall that lap time, but I do know that it was over before I knew it.  One more flight off the kicker ramp in pit row and I was feeling good.  I stopped to refill my bottles and grab a snack, all while getting tons of encouragement from my friends in the pit.  It was full on dark outside now, and I took off for my first ever night ride in Florida.

Weird, I know.  But, I wasn’t into night riding when I lived down there.  Daytime was enough of a challenge back then.

I was tired at this point.  My legs were doing okay I guess, but I was really sleepy.  Like, "I’d been on a bike all damn day" sleepy.  My mind was playing tricks on my and I nearly went off a bridge in the first tech section.  Down a rocky as hell descent I noticed that my handlebar light had moved a little.  I stopped to secure it and quickly went on my way.  I climbed up a steep, rocky section and got ready for what had become one of my favorite descents down there.  Just as I started though, the light on my handlebar rotated backwards, shining a 1200 lumen beam right into my eyeballs.  I panicked, grabbed a handful of brake lever, and started to tumble over.  Luckily, my foot landed on solid ground to keep me from toppling over, but my knee made a very unpleasant popping sound.

“That didn’t sound too good.”

I fixed my light (again) and walked up the next climb.  My knee was hurting and had already begun to swell.  I kept tell myself that all I had to do was get to the flat stuff so I could spin it out.  Eventually I made it, and commenced to spinning away.

Except that spinning didn’t really help much.

I was able to ride at a decent speed though, and before I knew it I was on to the next tech section.  My knee was hurting like hell, and so was my wrist from still having too much air pressure in my front tire.  I ended up walking a lot of the climbs (and yes, there are several) taking solace in the fact that there were a lot of folks out there still suffering along with me.  I chatted with several riders here and there, and most of them had agreed that this was the last lap.  I kept telling myself that if I got back in time I would go out again, but as soon as I got to the last easy section my Garmin had died.  I had no idea what time it was, and no idea how long that lap had taken.

I figured that I would just go to the finish line and check the time.  I skipped the Jax Jump (the only time I did) and rolled past our pit.  When I saw the time I knew my day was over.  I told myself that maybe if my knee hadn’t been getting worse I’d go out again.  But that wasn’t it.  It was everything.  I was tired, sore, and making dumb mistakes.  I’d really given it all I had, and there was no way in hell I would’ve make it back in time for the lap to count.

I was satisfied with my effort.

I walked back over to the pit and called it a day (night.)  I cleaned up, grabbed a beer (that I had to talk myself into for some reason), and hobbled back over to our pit.  I’d put in a solid day in the saddle on a rigid single speed, more than doubling my effort from a year before.  When it was over I was mentally drained, but in a very happy mood.  I realized that I do actually enjoy this racing stuff, mostly because I have no idea whether or not I can get through it sometimes.

That was good enough for me.

Email ThisBlogThis!Share to TwitterShare to FacebookShare to Pinterest
Labels: 12 Hours, dragging it out, Santos