A little side note first.  After our ride (that I talked about yesterday), we stopped at a local watering hole for some eats and beer.  I barely remembered the name of the place (Noble Hops I think), but I will never forget the décor.  Especially since I took a photo of it… 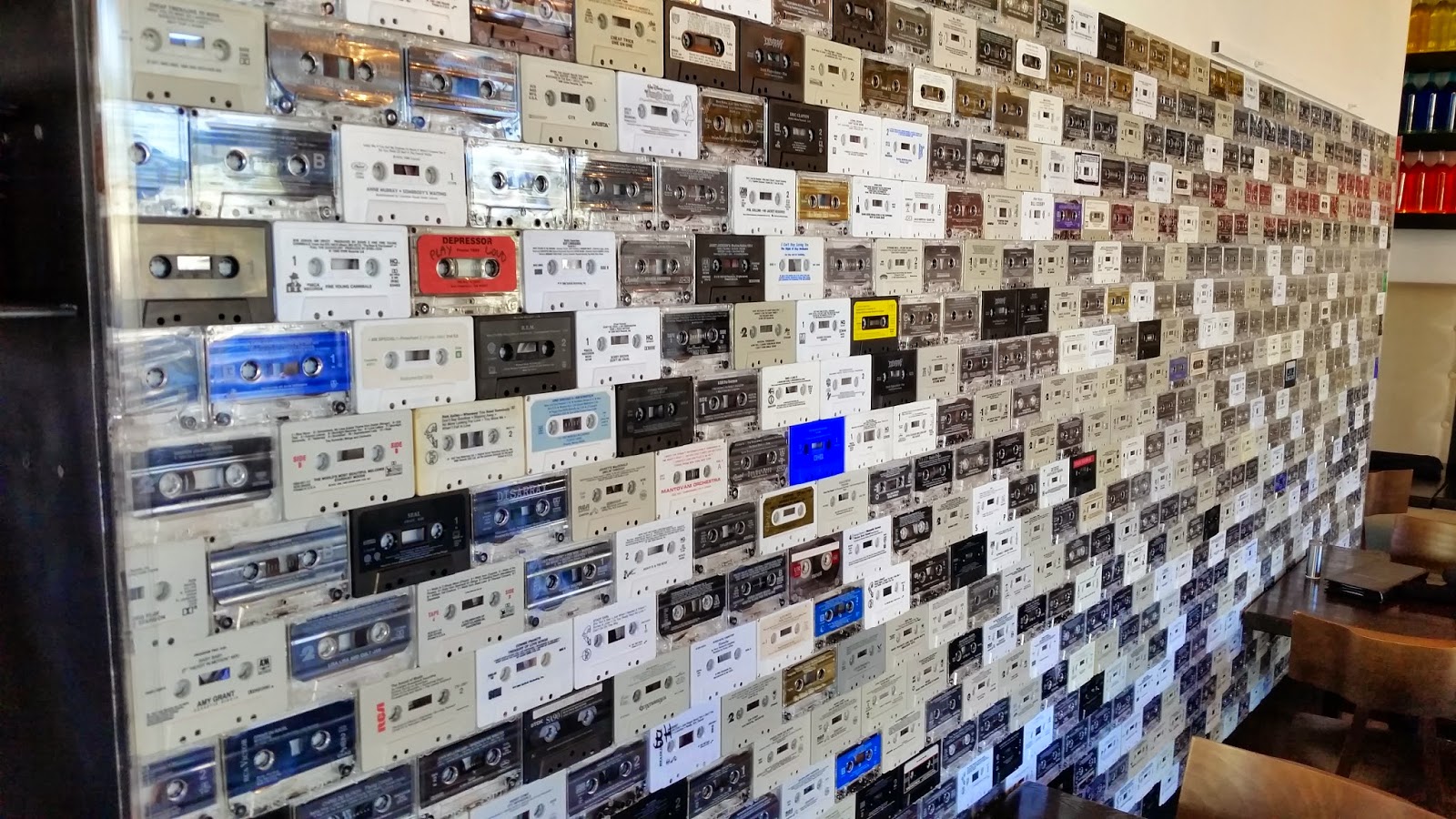 I looked at all of them.  I remember seeing some Bobby Brown, Janet Jackson, and R.E.M.  It was odd, but really cool at the same time.  I once had a cassette tape collection that big.  Sigh.

Anyway, when we sat down to eat our server made a comment about the beer on my shirt.  You know, this one: 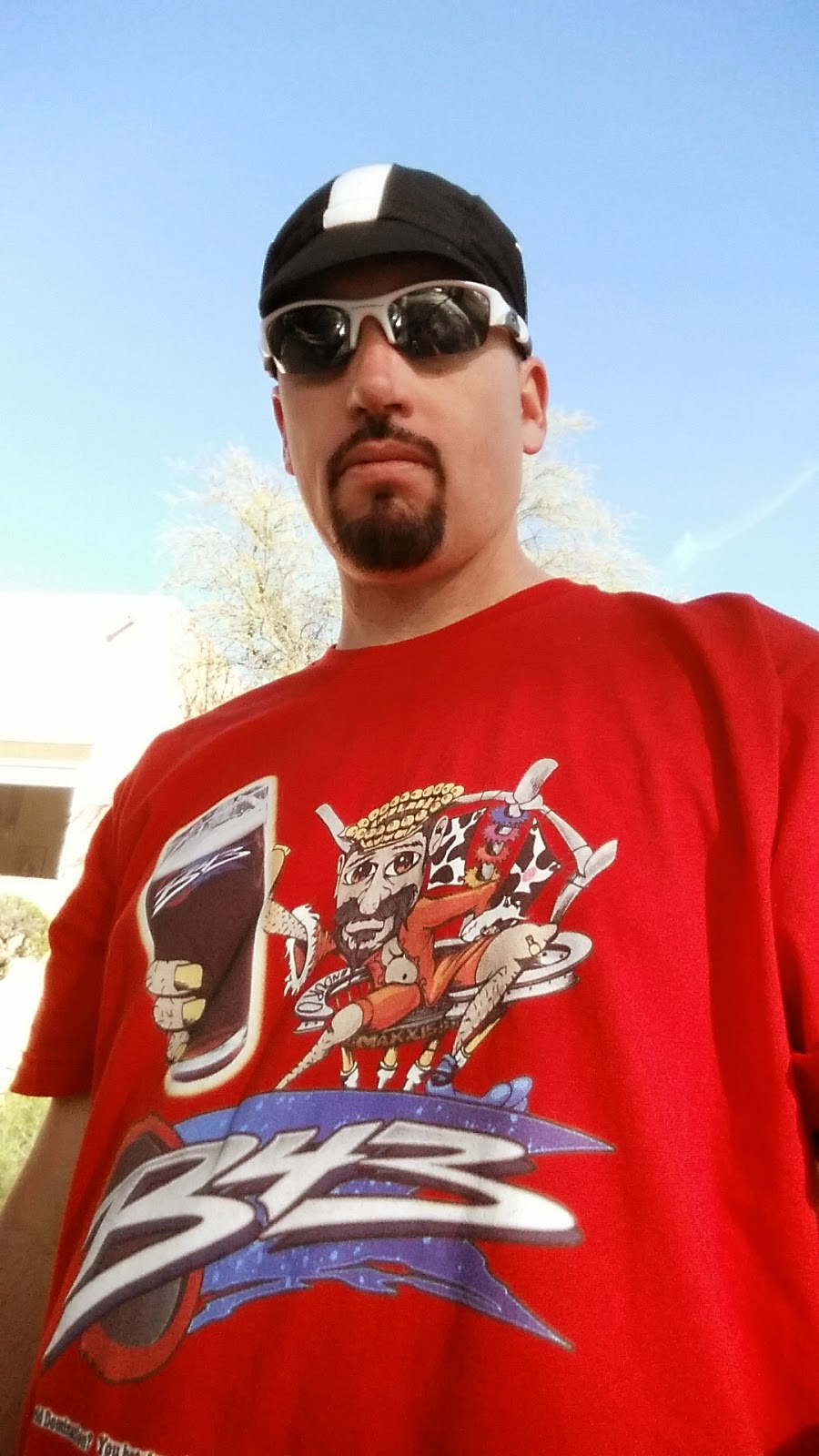 She thought we were full of it.  I guess I wouldn’t have believed me either.  I mean, what kind of asshole goes around with a cartoon picture of himself on his own shirt.

So yeah, silly story I know.  When we got back to Casa de D'wu, we started talking about “The Wash.”  I’d asked the day before why they have a river behind the house with no water in it, and I was informed that it’s basically a spillway for the few times it rains in the desert.  I thought it was neat, but my curiosity grew when D-Wayne said we could ride there after he worked on his bike a little.

He needed a test ride. 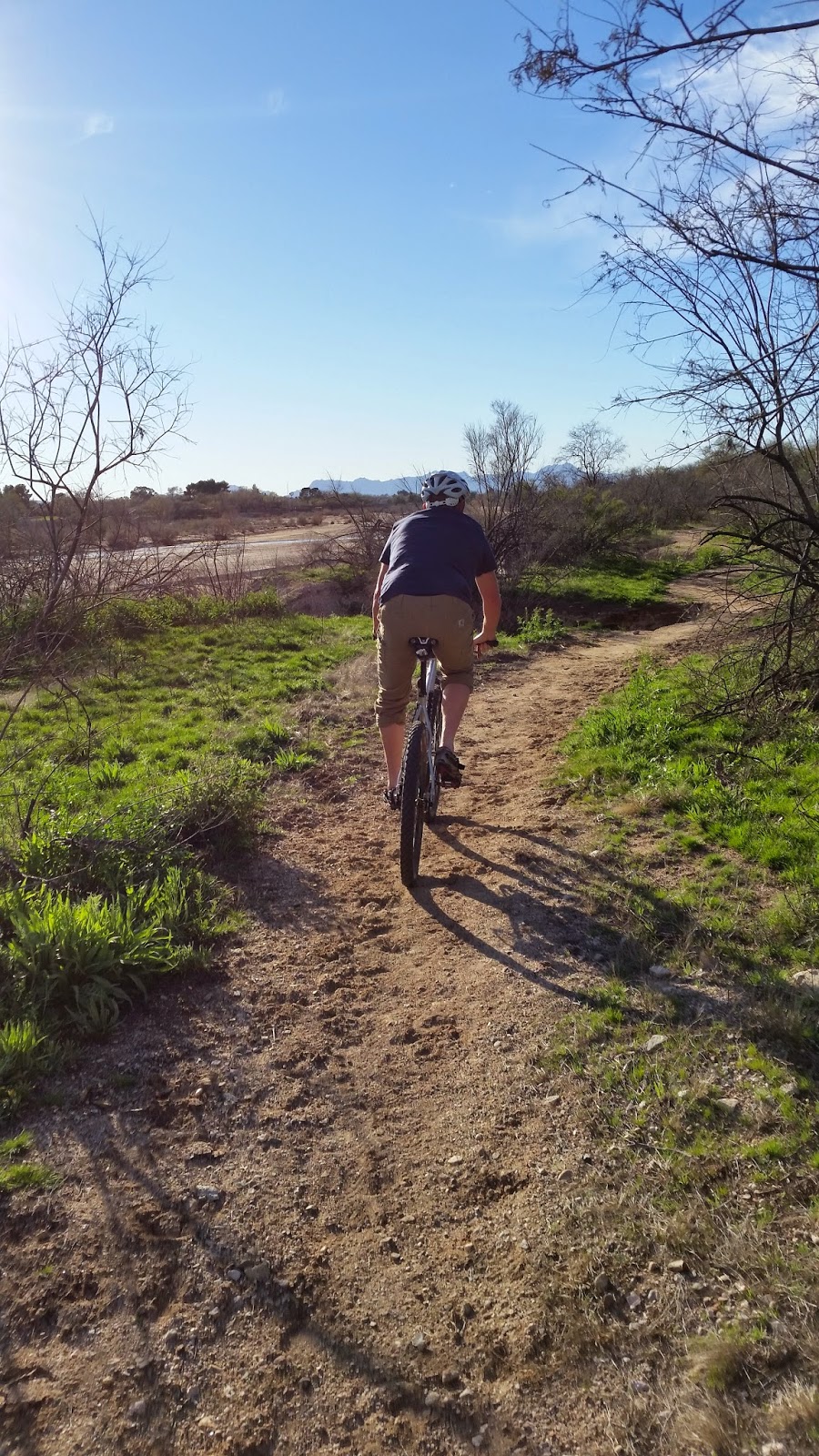 There was a short trail there and it was pretty fun.  Well, until the part that had washed away during the last big rain a short while ago. 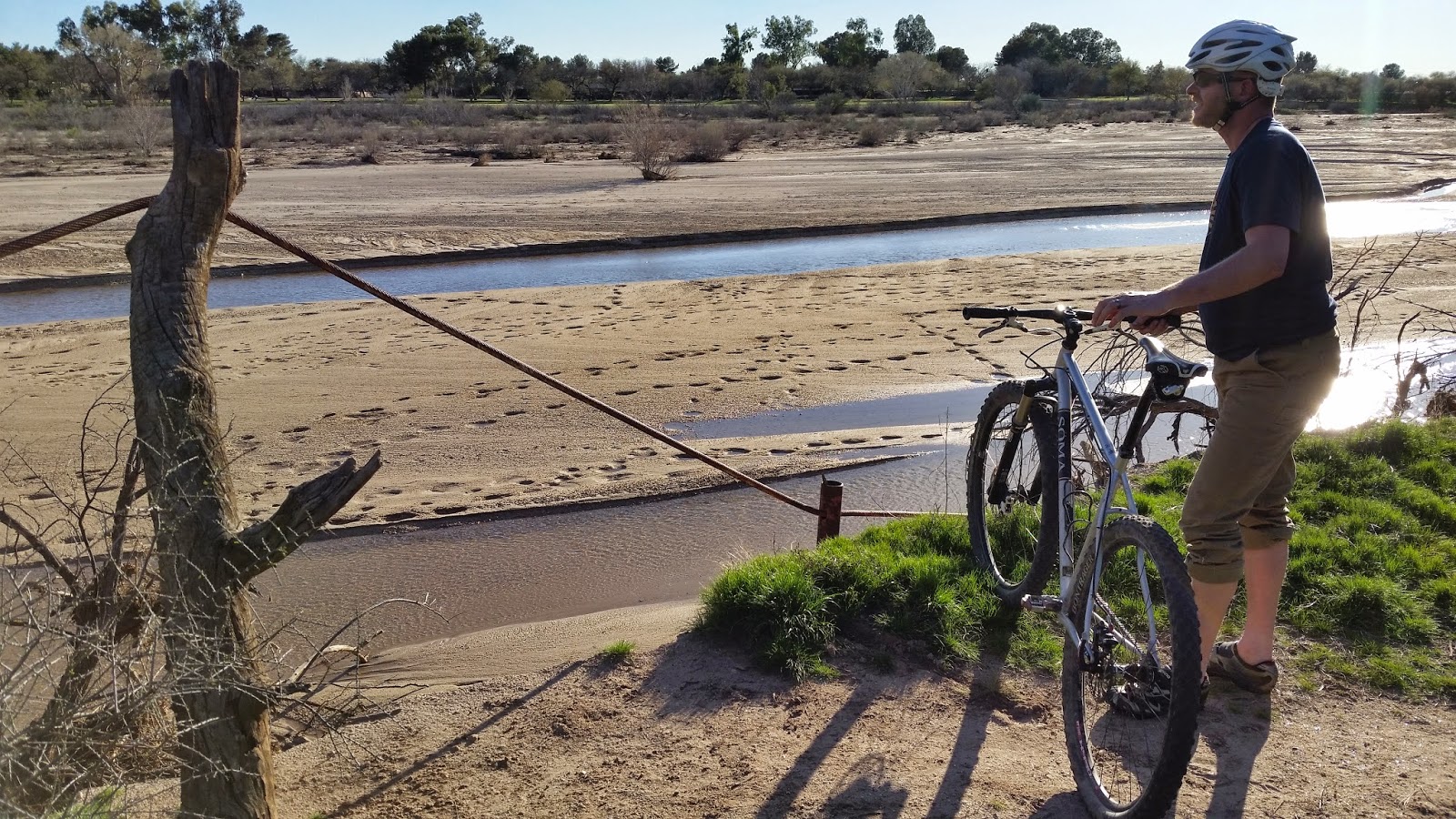 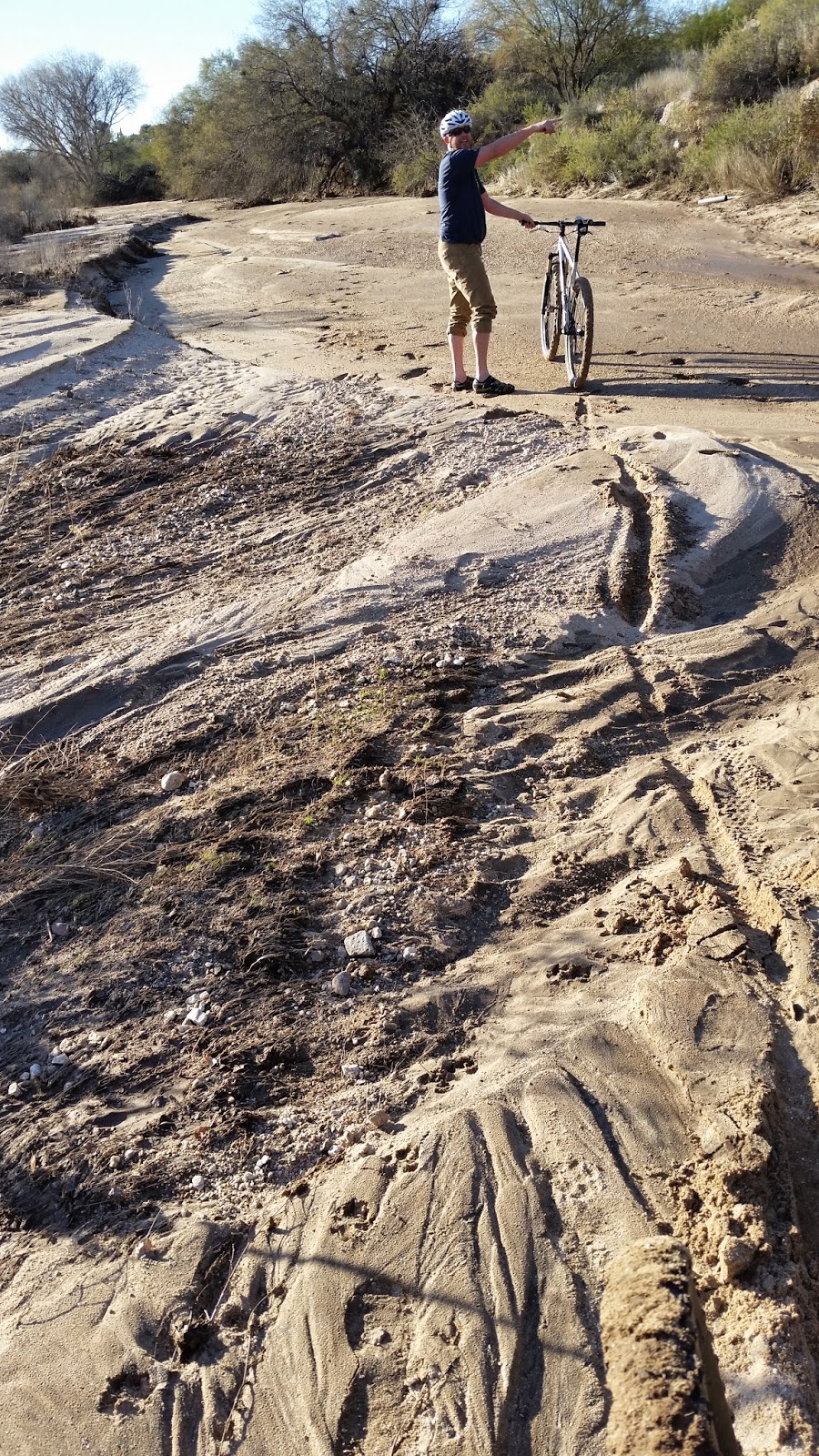 A lot of was still intact, and we rode out there for a little bit while the little lady napped.  Some of it was fast, some twisty, and sometimes you had to watch where you were going. 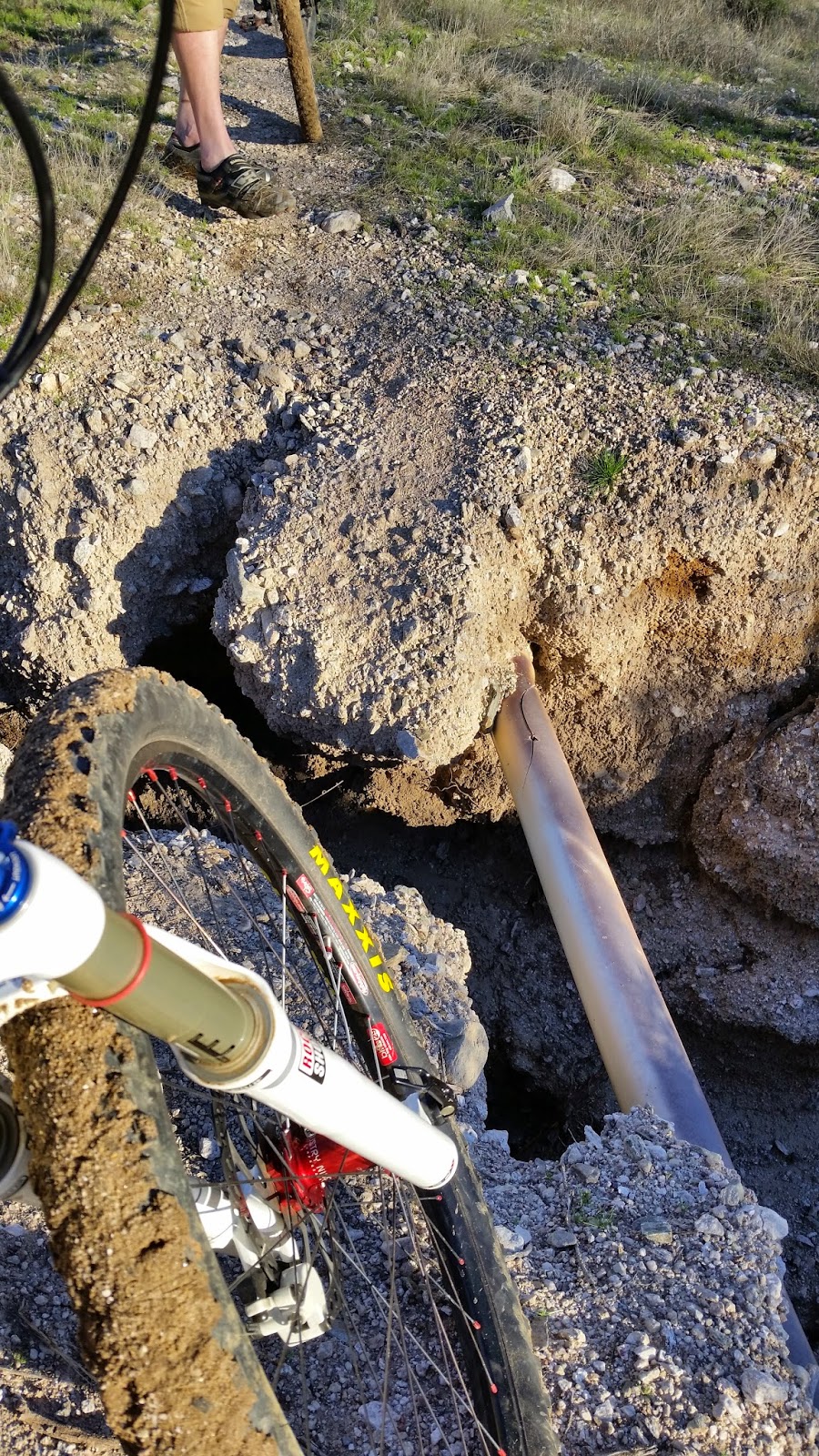 Two rides in one day.  Maybe all that training is paying off.

In other news, tomorrow’s regularly-scheduled Fun Friday will not be seen.  Instead, I’ll get to the story of  Single Speed Arizona.  It all started at the crack of dark, and a quick stop for breakfast before where I got to see the sun rise in the desert. 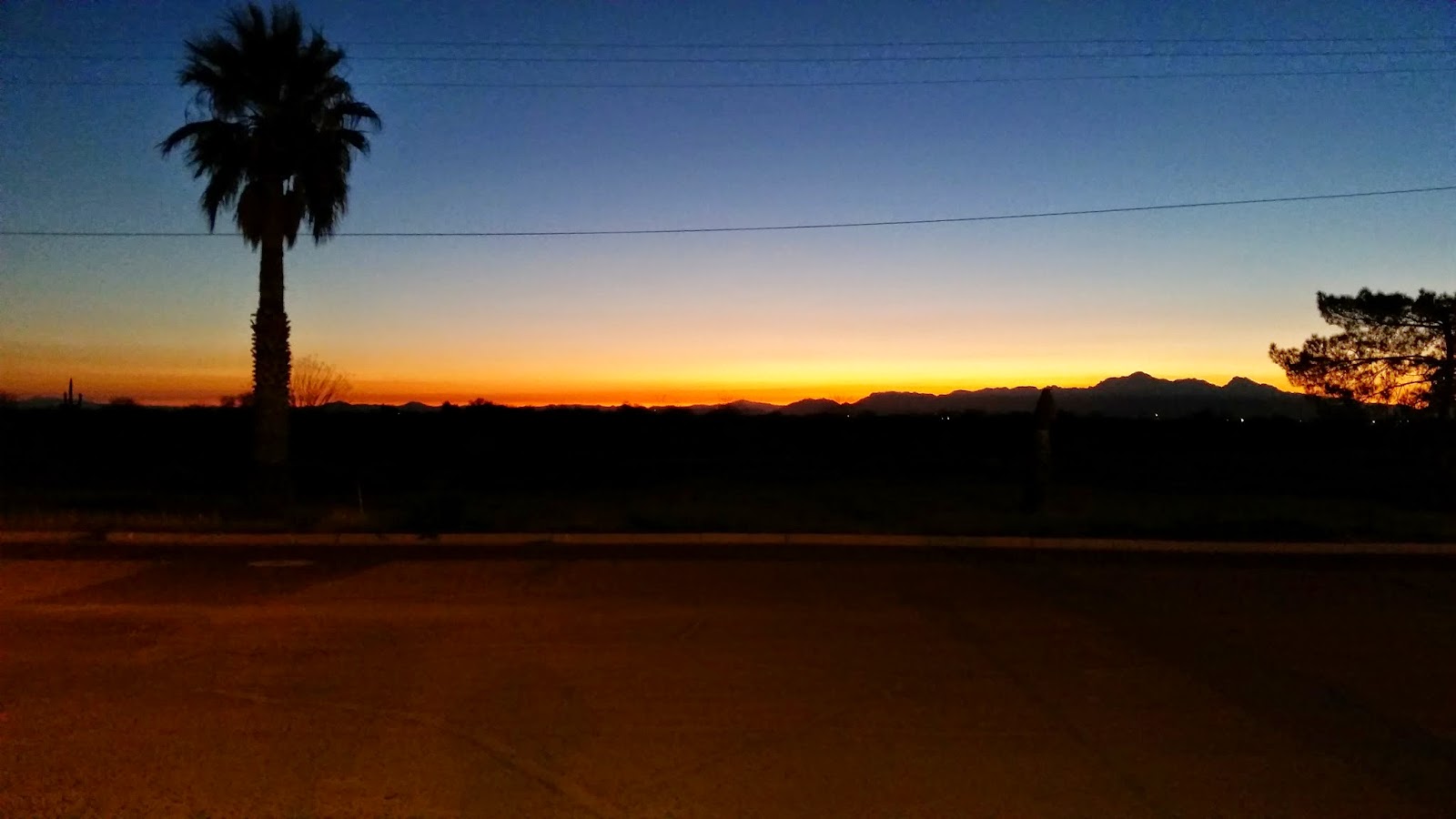 I told y’all I was gonna drag this out…
Posted by TheMutt at 9:13 AM