It wasn't a joke on Friday.  I really did skip out on the 6 Hours of Warrior Creek.  I had to.  And yeah, I'll get into it tomorrow.  For now, I'll talk about what I did instead.

A fun weekend was planned because well, I needed it.  The little lady and her friends were running across a giant bridge down in Charleston, so my plan was to go down there and hang out with some of the Lowcountry folks on bikes while the runners ran.  After dropping the ladies (and a dude named Walker Texas Ranger) off for the start, we gathered our shit and headed to our first stop of the day... 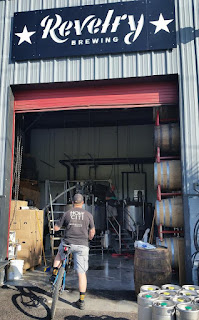 They weren't open yet, so we headed over to watch the runners come down from the bridge and head for the finish. 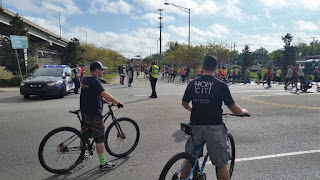 It was a sea of people for sure, and not seeing anyone we knew, we headed towards the finish.  Luckily, we didn't have to ride along the route because there are some pretty awesome shortcuts around there. 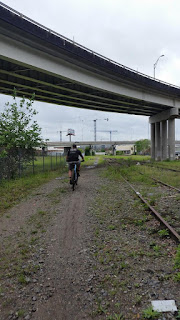 But, we eventually had to get in the crowd to find our runner peeps.  That part sorta sucked. 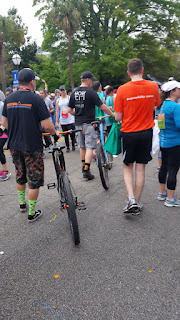 And I couldn't figure out why all those runners kept staring at my shirt... 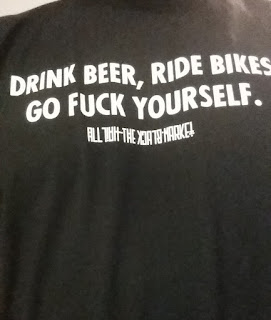 It was quite funny though. Especially since we we cyclists in a sea of runners. 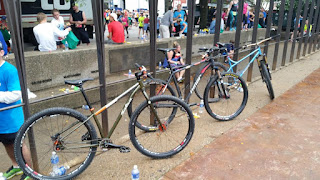 Once we found our crew of runners, we had to figure out a way to get them back to where we parked. Luckily, Big Ed had a solution. Put them in a pedicab. 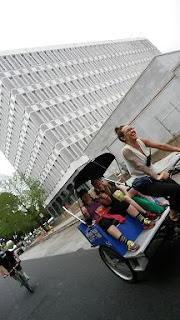 We got back safe and sound, and continued on our urban ride around Charleston to see the sights. 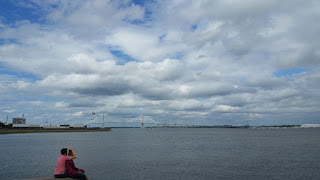 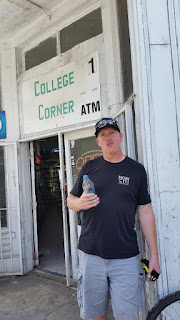 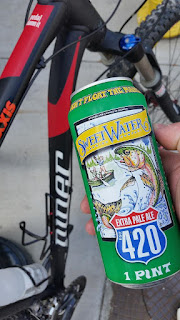 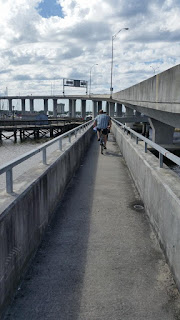 It was a good (but long) day. It ended sorta shitty (for me), but that will be explained tomorrow with whatever else I promised to talk about.