Not Quite Six Hours

But it was pretty damn fun.  The Last Annual Unofficial Unsanctioned, semi-Alcohol-fueled Six Hours of Poplar Tent was a success, and we had a great time. D-Wayne came down from and brought along a motley crew of woods riders (to join Little Miss Sunshine and myself), and we rode the shit outta our soon to be lost trail. 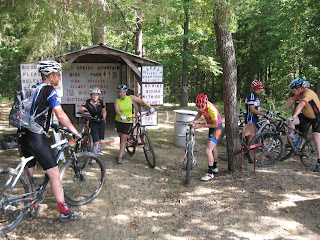 The parking lot was packed, no doubt because plenty of people were out there to say their goodbyes to this wonderful place.  I somehow ended up leading the way (probably because it’s my local trail), and we took off like a pack of wild animals.  I didn’t take as many photos as I wanted to, but I did get a few along the way.

Like when we stopped to ride down Devil’s Drop: 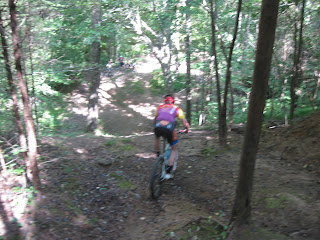 We didn’t take a whole lotta breaks at first, but when we did I busted out my camera.  I wanted to remember this ride for a long time. 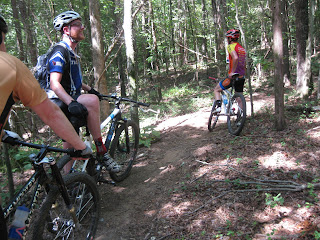 We rode every loop out there, and it started wearing us down.  It didn’t take long to realize that we probably wouldn’t last six hours out there.  That okay though, because we were having fun.

You know, doing shit like hucking hardtail 29ers off of ladder bridges and junk. 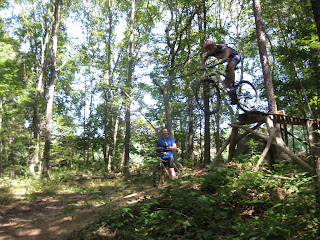 And of course I had to play on the teeter totter. 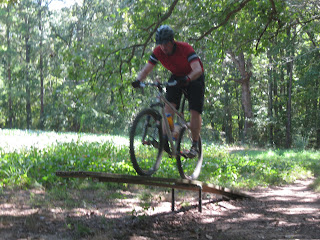 Instead of taking a lot of pictures of our ride, for some reason I just stared up into the tree canopy to thank the singletrack gods for such an awesome place. 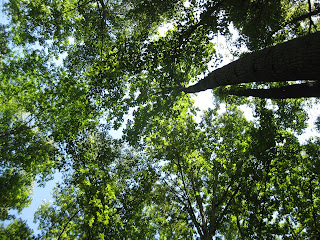 While other people were monkeying around. 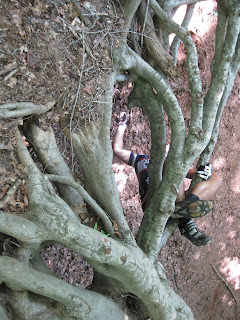 After a few hours out there, we were done.  We rolled up to the parking lot, and Mrs. D-Wayne got a photo of us. 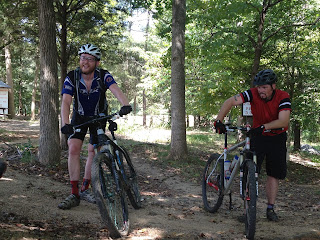 We were obviously making up stories about how many awesome things we did out there.

We decided to head out to find some beer and food, but D-Wayne and Mike B went out for another lap.  We rolled over to nearby Taco Mac, and that gave me time to get a head start on the beer drinking. 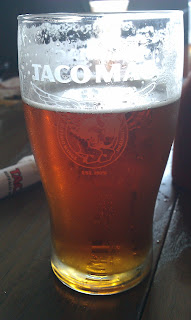 When D-Wayne finally got there (Mike B mysteriously disappeared into the woods at Poplar), we were already drinking and eating.  He ordered a beer, and didn’t even taste it when he took a sip.

Actually, he took a HUGE sip. It was a good day.  Although I will miss the shit outta Poplar Tent, I was glad we all got together to send it off in style.  A couple hours in the saddle, a couple of beers, and shooting the shit with friends (old and new) made the day complete.

So that’s what it’s like to ride bikes for fun, huh?

I guess I’m glad the race season is pretty much over so I can do shit like this now.


Huge thanks to D-Wayne for organizing everything, and also to the folks that rolled down here all the way from the Triad.


It was a ride I won't soon forget.