I thought it was over, but with one more day here in , our new friend wanted someone to show her around one of our local trails.  Her pal Little Miss Sunshine was happy to oblige.

And I was happy to invite myself along.  You know, to take photos. 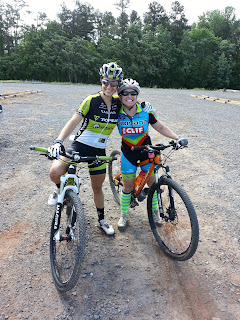 We met out at the whitewater park to do a nice, easy ride, and to be honest with you I was a bit terrified.  Getting a chance to ride with a pro is cool and all that, but we were both waiting to get dropped like sack of dirty diapers.  It turns out that Sonya did indeed have an easy ride in mind, and unlike most people that say that she actually meant it.

At one point I got a little bit ahead and I spotted something blocking the trail.  There was this little turtle stuck on his side, so I stopped to pick him up (and warn the ladies so they wouldn't hit him.) 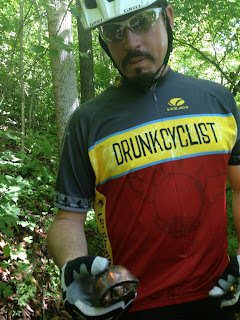 A day short of World Turtle Day.  You lose, my friend.

We had a social pace for sure, and it seemed like everyone had a blast. 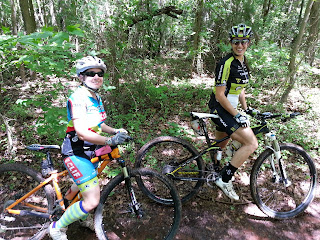 Sonya seemed to enjoy finally getting to ride in some dirt, and luckily I was able to get ahead of her one more time to get an action shot. 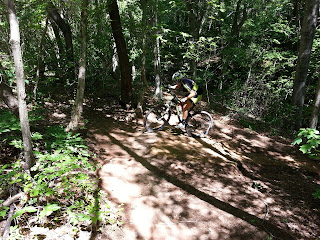 And I enjoyed getting a chance to ride with a genuinely good person (who just happens to be pretty damn good on a bike.) 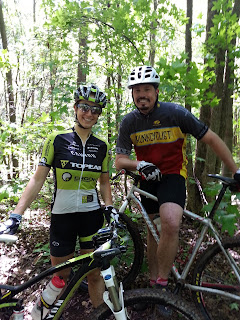 Since I was leading the ride I tried to keep a good pace.  I knew that if I let something happen to her before the Trans-Sylvania Epic the whole cycling world would hate me (which probably isn’t too far off now anyway.)  Luckily there were only two crashes that day, neither of which belonged to the guest of honor.  Nothing serious at all, which was pretty much the theme for the day.  Like Sonya said, it was “just three buddies out riding.”

I know it may sound like I’m full of it, but I’m really happy we made a new friend.  From this point on I don’t really care that she’s a pro, well-known in the cycling world, or even that a lot of guys just think she’s hot.  I like having nice, positive people in my life, and the fact that she just happens to be famous is nothing but a coincidence.  I have lots of good friends that ride bikes, and I am happy to know each and every one of them.  Some people get a little bit of talent, ability, or success and seem to forget where they came from though.  Sonya isn’t like that at all.

At that’s why last week was one of the best weeks I’ve ever had on a bike.

And that’s the end for now.  Don’t worry, we’ll be back to the normal crap and nonsense soon.
Posted by TheMutt at 8:37 AM