Our regular Tuesday group ride was scrapped last night.  The trail we planned to ride never opened, but we quickly put together a backup plan.  Since we had so much fun riding with Sonya Looney Monday night, we thought, “Hey, lets go to the Dirt Diva meeting!”

It just so happens that they do an urban ride before their meeting, and they do welcome us smelly boys from time to time.  They didn’t really know we were coming though, so we stayed off to the side all incognito and shit. 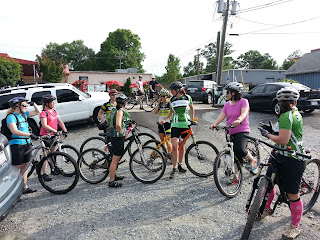 You see Good Guy Greg and Eastwood lurking in the background?

So we would fit in a little better, the men in the group decided to sacrifice our bodies for the ladies and block off intersections while they rode through.  We spent a lot of time at the back of the pack, sprinting up front every time we were needed. 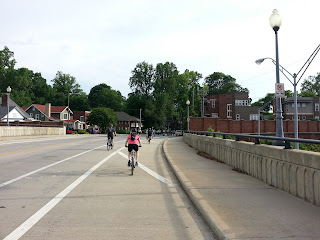 We couldn’t be everywhere at once though.  At one point they lost us when they took a wrong turn into some secret underground lair. 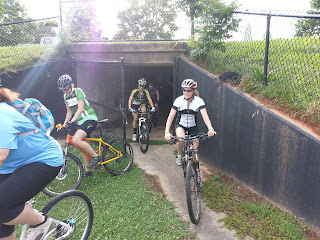 Or maybe it was a potty break.  You know how the ladies love to go to the bathroom in packs.

Our route was a little different than the one from the night before, but we still rode some of the same sections of our local greenway. 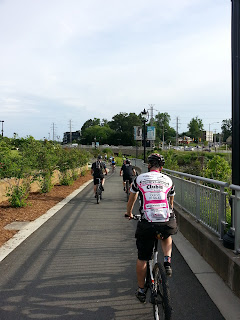 And a few different ones... 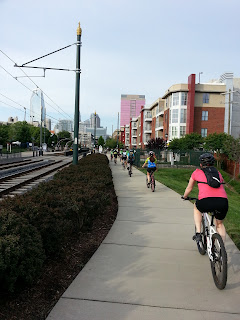 It was definitely a lot more fun than usual.  I took a lot of photos, but most of them didn’t look so great.  Well, except this one: 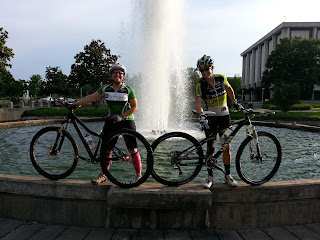 It looks like Little Miss Sunshine made a new friend.  And a note to Peter, that's the bike the little lady got from you.  I hear that Sonya has one of those too.  You know, she is really just like the rest of us.

The photo above was actually not the plan, but it worked out pretty well.  I was really going for this one: 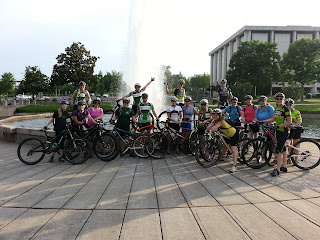 And yeah, the fellas stayed off to the side and the hell outta the way. 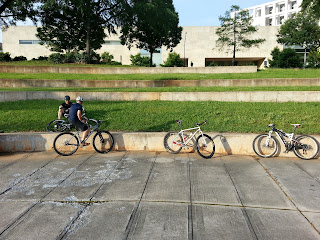 It was time to head back to Kickstand (which by the way is one of my favorite places here in ) for the Diva meeting.  It was about time, because although I was having fun riding, I had gone way too long without a beer.  Of course Sonya was the guest of honor, and the ladies couldn’t wait to hear what she had to say.

I had a different agenda though.  After a conversation with Dirty yesterday morning (you know, from  Drunk Cyclist headquarters), he gave me specific instructions to buy that special young lady a beer. 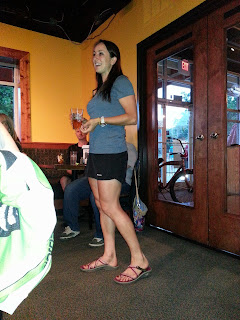 While she was talking, I stopped eating my dinner to listen.  I made plans to save these for later: 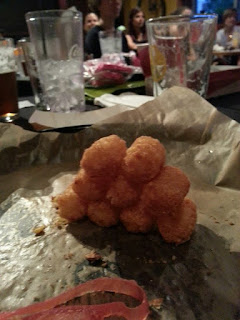 And then she went all Napoleon Dynamite on me and took my tots.

We had a blast, and even though we crashed the party the ladies didn’t seem to mind too much.  No matter where you go in the cycling world, it’s a good bet that you will find someone that's happy to ride bikes and have a beer with you.

And that my friends, is what it’s all about.

Big thanks to Sonya Looney for hanging out with us lowly folks.  Hopefully she’ll come back again to visit soon.

The pleasure was all mine!! Thanks soooo much to you and everyone! Can't wait to come back and hang with the posse!!