I went on an adventure over the weekend.  Yeah, it was back to Uwharrie, but this time it was different.  The Uwharrie that everyone knows and rides is fun and all that, but secretly I was thinking of it's lesser known "other side."  You see, when I first moved to Charlotte from Central Florida almost nine years ago, the very first time I rode a bike in the mountains was at Uwharrie.  I spent a lot of time out there in those ancient hills, and along the way befriended the local bike shop (and ended up riding for them), and even did my first triathlon out there.  While I spent some time riding the "normal trails", most of my time was spent on the rough and rugged trails where they held the Xterra events.

It was time to go back.

I've been wanting to visit for a while to see if the trails were as great as I remember.  The Dirty Party Cycle was supposed to go with me, but we agreed that the trails needed time to dry out.  We decided to hit them another day.  However, I woke up the next morning and couldn't resist.  I got myself ready and drove out to the place where I fell in love with riding in the mountains. 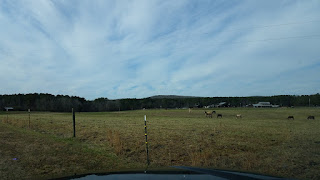 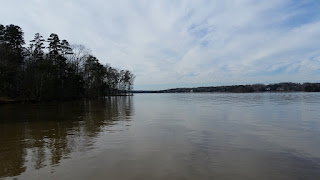 It was quite chilly, but I dressed warm.  Not remembering how difficult the trails were, I grabbed my map (and a cue sheet from Marcus) and took off on the gravel road wondering what I had gotten myself into. 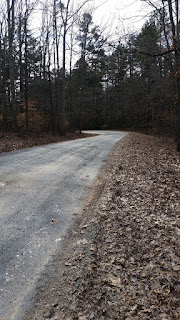 I rode almost two miles back to the intersection, made a right, and saw the first trail marker. 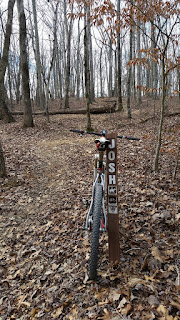 It looked familiar, despite the fact that it had been over five years since I'd been there.  I was greeted with a steep climb (typical on this side of the forest), and before I knew it I was on some flat(ish) singletrack. 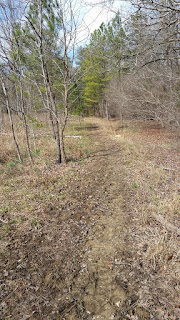 Years had passed and memories faded, but I was in familiar territory.  I kept the map handy and referenced it frequently, but trail markers kept popping up that I had seen before. 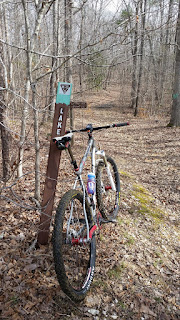 Other than a few steep (yet short) climbs, it was typical singletrack for North Carolina for a while.  The climbs got a little longer as the ride went on though. 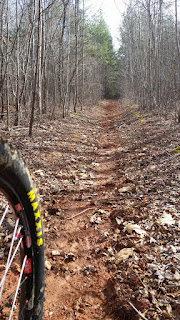 It was familiar, yet different.  The climb above came with a nice reward though. 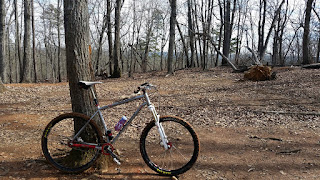 I was pretty high up in those small mountains, and the views were awesome in all directions.  I walked around for a while, double checked my map,and figured out where I was supposed to go next.
Then another familiar trail marker caught my eye... 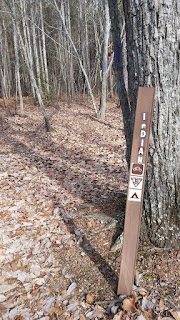 A quick glance up ahead and I knew that I was in for some fun.