Beer Is My Only Friend

So after completing my first "real" mountain bike ride I was pretty damn happy.  I'm not fully healed though, and I imagine that this constant pain and discomfort is gonna last a long time unless I stay off the bike and do absolutely nothing for a while.  That shit ain't gonna happen, so I'll just put up with it for as long as I can.  It feels like I'm healing, so it must be true.

Anyway, in an effort to get things back to normal, I decided that I would do some of the usual shit I do after riding up in the hills.  Since there was race happening nearby in The Pisgah, I decided to head over there to see if I knew anyone like I do every year. 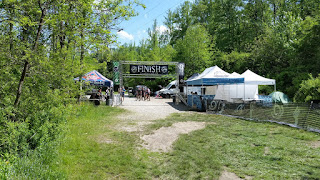 I talked to a few friends at the start/finish line, then took a short hike up Lower Black to see if I could recognize anyone riding by.  With only a few finishers in at such an early hour, I spent quite a bit of time waiting, and trying to entertain myself. 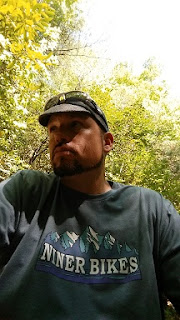 I cheered on a few people that I saw, and eventually captured a blurry photo of Watts and Dicky.  I chatted with them for a few minutes after that, but they were so worn out that the conversation was mostly grunts and head nodding.  I took that as my cue to exit, so I snuck out of there to check out the new and improved Hub and Pisgah Tavern.  They just moved into a brand spanking new building across the street and it's um, massive. 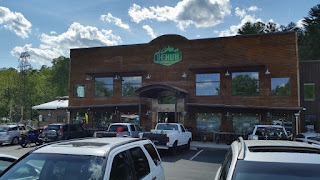 And the inside is rad too, with the main improvement (to me) is moar room to drink moar beers. 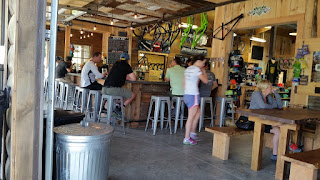 I wandered around a bit, looking for someone (anyone) I knew.  I saw no one.  I no haz friends.  I did however, see a nice display of DeFeet socks. 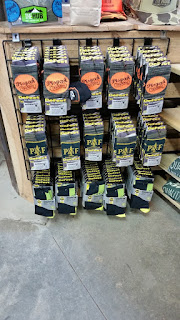 With no friends in sight (I mean with everyone I know still suffering in The Pisgah), I high-tailed it outta there to get moar beers at another one of my usual post-hills-ride spots. 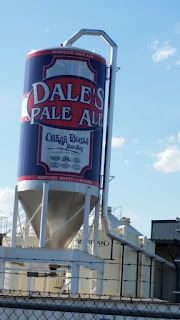 I looked around, and still no friends (I don't talk to strangers.)  I decided to belly up to the bar anyway. 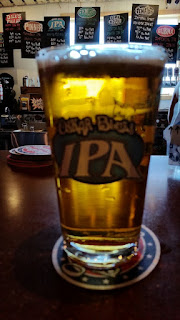 Just as my beer was poured, I heard an overhead announcement about a brewery tour.  I decided to take it for the nine thousandth time. 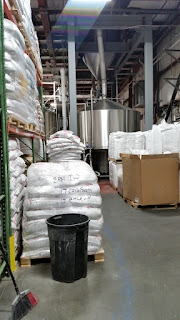 Still no friends, but who gives a shit.  I was enjoying myself. 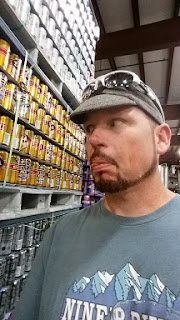 Even though I was pretty much by myself the whole day, I still had an awesome time.  I'm not ready for The Pisgah just yet, but an easier ride in the hills followed by local beers has me back on the right track.

One day, I'll have some friends and healthy ribs again.

Or not.  Either way I'll be on my bike, which is good enough for me.
Posted by TheMutt at 8:42 AM