Maybe I mentioned it.  Maybe not.  When I ended up on an impromptu mountain bike ride last weekend I may have made a mistake.  Riding a single speed and hitting all those roots, rocks, and jumps put a hurting on my ribs.  I feel like I did when I first broke them, so it looks like I've regressed in my recovery.  So instead of making things worse (again), I've decided to take a hiatus.  You know, after the Mayor's Ride which wasn't a big deal for my injury.

So anyway, since I'm not riding I decided to try to do the next best thing and watch other people ride.  The local big deal criterium just so happened to be in town over the weekend and I considered going.  There was rain in the forecast and I almost cancelled.  But then I decided to go.  And got there just in time to see the start... 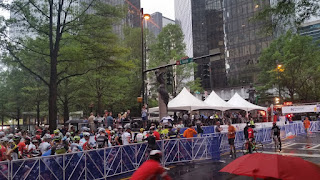 The little lady and I walked around for a while, and quite honestly it was nice to be around bikes (even if it was roadies.)  We saw a few people we knew here and there, and eventually found the crowd that suited us. 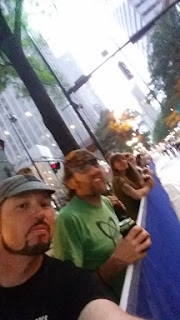 The crit was fun to watch, especially since we were doing a fair amount of heckling.  And then, the skies opened up again and they called a rain delay. 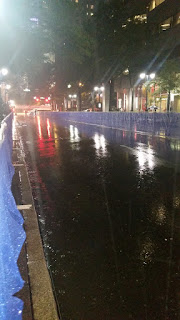 The rain was heavy and we found some shelter in a local drinking establishment.  Oh yeah, that was right after Lunchbox joined us. 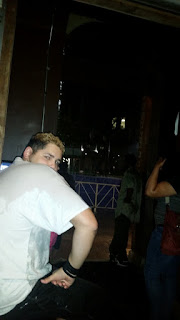 It's cool, he wasn't drinking.  He's a good kid and follows the rules.  I don't though. 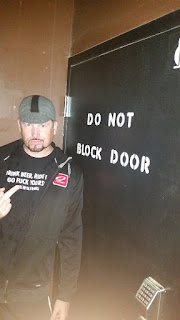 That was fun, but it didn't look like the rain would ever stop.  We decided to call it a night, and started wandering towards where we parked.  Then suddenly we found some friends under one of the VIP tents and decided to act like we belonged there. 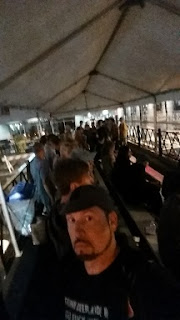 Free food and beer.  Just what I needed.  After hanging out for a while (and running into my favorite douchebag former Olympian who pretended like he didn't even see me several times) they called off the race.  We watched as they sad roadie folks packed it up for the night. 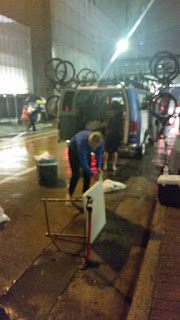 While I really wanted to knock the roadies, I think they would've kept going.  They actually didn't seem to mind racing in the pouring rain.  I have to give them props for that.

Anyway, with the race canned we wondered what was next.  Suddenly, one of our new friends said he had "a place" and to grab all the beer and food and follow him down the streets of Uptown Charlotte.  And of course, Lunchbox grabbed the biggest tray of food he could find. 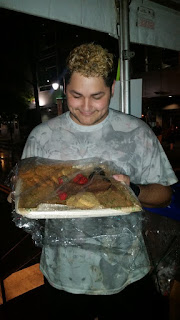 Even though he's some kind of cycling industry insider now, he has a good heart.  He actually walked down the street and passed out those sandwiches to the homeless.  Srsly.

After his great act of kindness, we parted ways and I headed down through the alleys of our fair city.  I had no idea where I was going, so I looked up at the buildings to see if anything looked familiar. 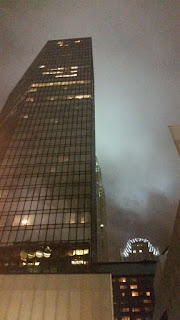 We walked through alleys, down a bunch of different stairs, and ended up in some local speakeasy.  I'm not kidding. 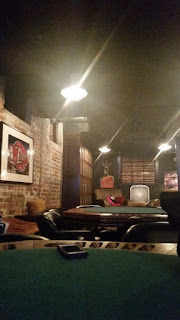 It was neat.  The beer was flowing, which may explain why my pal the Gentle Ginger got kinda frisky with the locals. 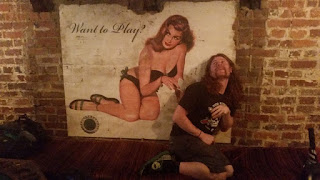 What a wild night.  I'm not riding at the moment, but hanging around bike stuff is good enough at the moment.

Damn I love my cycling friends.