I meant to be here yesterday, but I had to leave super early for work.  Who gives a shit.

I'm here now, talking about the riding I did over my three day weekend.  Since I moved closer to the Catawba River, a lot of my rides lately have been in Gaston County.  I dig it.  Sunday, I rode with the Z Crew and the Dirty Party Cycle over at Rock Branch.  It was fun to get out in a group in the dirt.  They took rad pictures.  I'm too lazy to get them from Facebook and put them here.

On Monday, I had a day off while a lot of people had to go to work.  I figured that it would be a prime opportunity to get out for a long road ride.  Plus, riding on the road would give me time to do other stuff later in the day.  I slept in a little, hung out with the dogs, then hastily plotted a route that took me into the heart of Gaston County.  I grabbed some water bottles, a few Honey Stinger goodies, and hopped on my road bike.  Three miles later, I made it to the river... 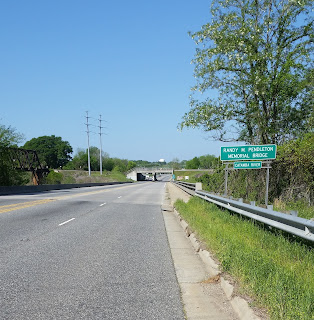 I quickly passed through Mount Holly and headed north on a normally busy road. 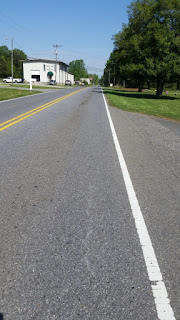 My first destination was the town of Stanley, not too far away (12 miles I think.) 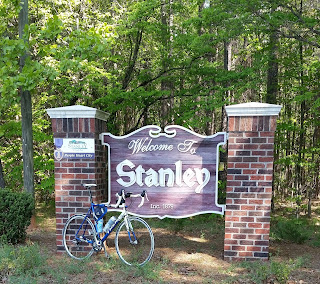 Although I was in the town limits, I wasn't quite "in town" yet.  I pushed on, and made it to my "real" first stop. 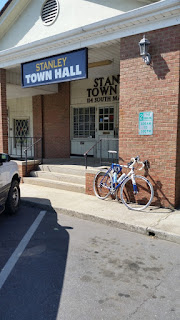 I took that picture, and turned around to get back out of town.  The roads were much less busy. 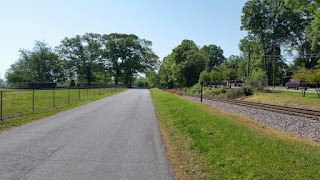 I headed deeper into the heart of G County and I started to get hungry.  Not knowing how far I still had to ride, I passed on what could have been some pretty good food. 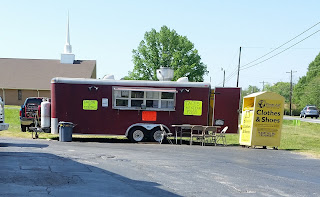 I probably would've regretted street tacos on a hot road ride.  There were no bathrooms anywhere along my route, unless I wanted to share a roadside squat with these goats. 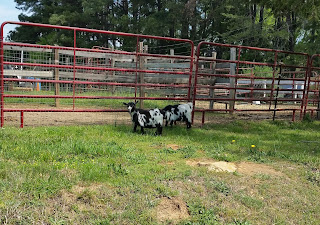 I had a short conversation with these two and headed on my way.  The route got a little climby at this point, but I toughed it out.  Then, I had the most glorious downhill.

And it led to an awesome view... 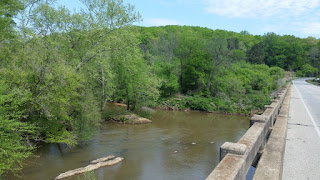 I wasn't really sure where I was at this point, but I soon found a sign that gave me all the info I needed. 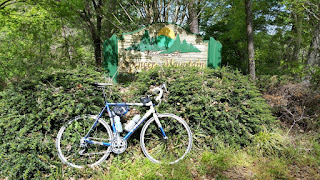 A little more climbing awaited.  I didn't care.  The roads were empty and I enjoyed the solitude. 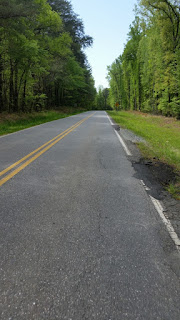 After a while, my surroundings started to look familiar.  I was near a mountain bike trail that I hadn't ridden in a while.  Even though that place is always open, I brought the wrong kind of bike. 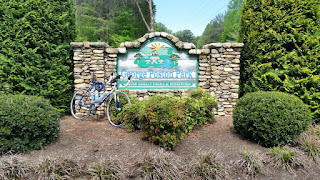 I rolled across the street and spotted a trail map I'd never seen before... 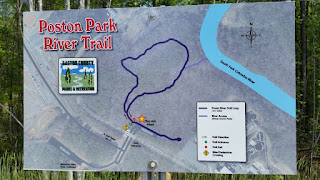 This was the kind of trail I could ride on a road bike.  I figured, "What the hell." 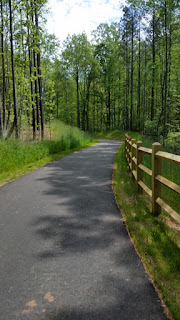 Short and sweet.  I'll be back with a mountain bike though.  Anyway, I rolled south and hit another town on my list... 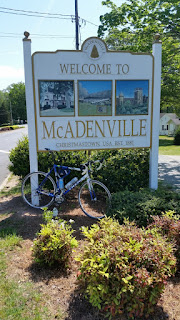 Not much to see here when it's not Christmas, so I rolled through to spot the one thing worth viewing this time of year. 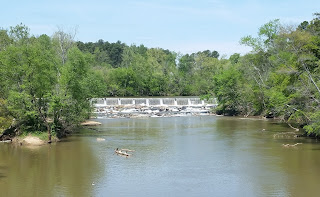 Lots of climbing remained.  I was hot, tired, and had no idea how far I'd gone or how much of my ride remained (my Garmin died.)  Before I knew it, I rolled into the next town over... 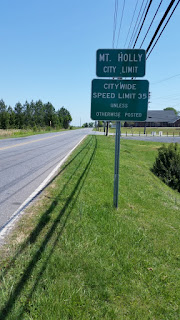 And I crossed the river to head home... 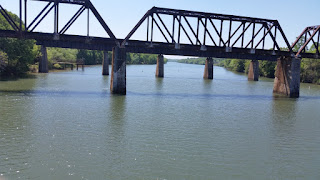 I rolled into my driveway three hours later, relieved but very happy.  It was time to get on with my day but there was one problem...

I was locked out of the garage.

There was a power outage in the area, and my keys were locked inside the garage.  The power company's estimate was hours away.

I waited outside in the hot sun for three hours until I could get back in the house. 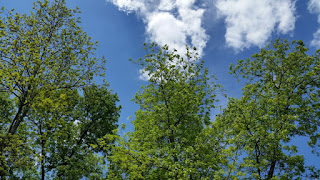 I was beat tired and hungry and the rest of my day was pretty much toast.

At least I got out for a ride though...