No Time To Relax

I had a three day weekend.  And as usual, I tried to plan everything and cram it all in on the first day.  After sleeping in a bit on Saturday I gathered up my shit and headed out.  I found a trail I'd never been on before... 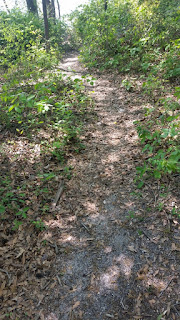 But I didn't have a bike.  I brought some of my other toys. 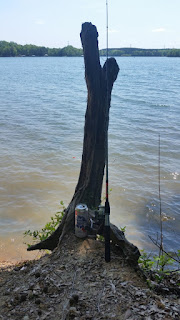 Yeah, I went fishing.  It was the first time in nearly ten years (since I moved out of Florida) that I went fishing and I had forgotten how much fun it was.  Back in the Sunshine State I fished all the time and knew the great spots where I lived.  Here in North Carolina, I had no clue.  I never bothered to research it either until I moved closer to the water.  I got my fishing license, dusted off my gear, and figured I'd spent a little time out on the shore seeing what I could catch. 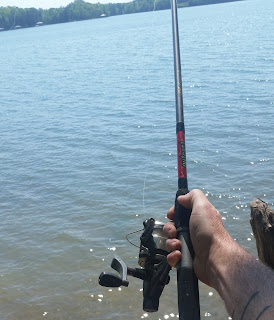 Cast, reel in, repeat (and drink some beer.)  I wasn't catching anything but I had a few nibbles.  Suddenly, I saw something coming around the corner that looked out of place... 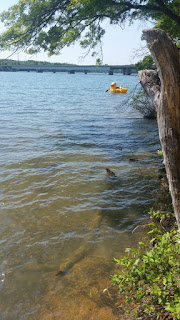 Three (grown) kids in a giant inflatable duck with only one paddle between them.  I had no idea where they were going, and neither did they based on the conversation I overheard.

I was tempted to try to reel them in though. 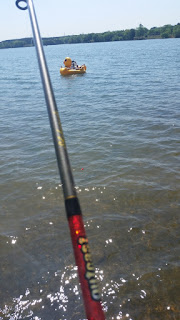 After a while I kind of forgot about them.  That is, until I saw them again. 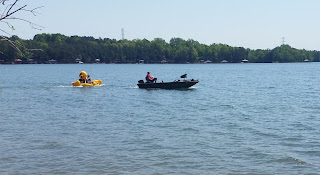 This time, they were yelling over to me.  "We didn't make it!"

I laughed and took a sip of beer.  It's a big lake, and I figured that they wouldn't make it, wherever it was.

I still hadn't caught shit either.  It didn't matter.  I had forgotten how much fun fishing was (that's why they call it fishing and not catching.)  In fact, it was so much fun that I was out there for many hours, instead of the one hour I'd planned to stay.  That sort of put a damper on my plans for the middle part of the day but I didn't care.

You see, I was supposed to go to the hills Saturday night, and I'd planned to ride somewhere in The Pisgah before I reached my final destination for the evening.  Getting home so late from fishing didn't give me enough time to ride, so I headed to the hills as the sun was going down. 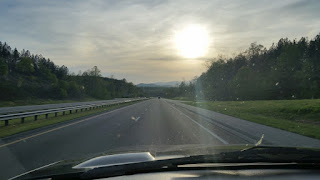 The ride was beautiful.  And even though I didn't get to ride, it was nice to head out there.  My mission was to go support my buddy Matt as he played with his band, Gotcha Groove. 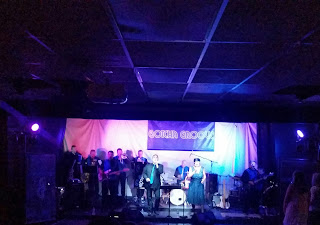 It was a rad time.  I got home well after midnight, so maybe I'd done enough for the day.  Besides, I still had two more days to ride...

We'll talk about that tomorrow, mmmmkay?
Posted by TheMutt at 8:25 AM