A Week's Worth Of Vacation...

In only one day.

This is part two of our trip to Virginia Beach.  Sure, we went to the "beach", but we didn't actually go to the beach.  We're not the type of people to just hang out in the sand, rather we like to explore the area. 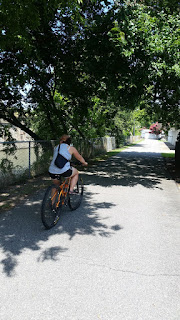 Just behind the Old Point Comfort Lighthouse, we spotted Fort Monroe.  Built in 1834, it was an active military installation up until 2011.  It was an impressive sight to see. 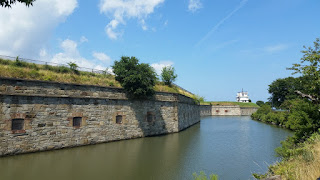 We decided to ride around it, unsure if we could get in (at the time I didn't know that it was no longer active.)  Along the way we discovered an old artillery battery (one of several on the peninsula.) 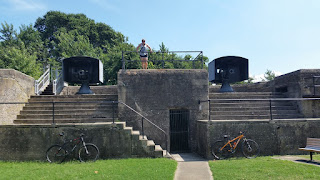 We kept moving, and once we got near one of the entrances we saw a sign that told us we could go inside the fort. 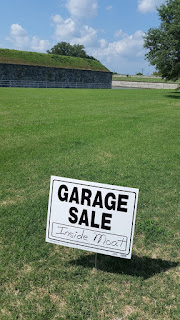 So we crossed the moat... 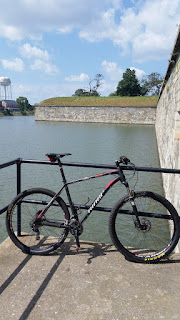 And found ourselves inside. 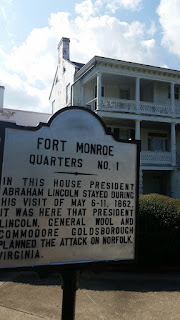 A few people still live inside, but not many.  We talked to one guy for a while (the garage sale proprietor) and eventually started exploring.  It was neat... 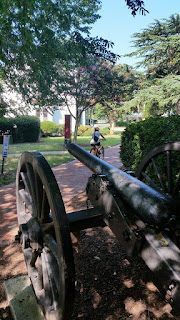 But creepy at the same time (because it was so empty.) 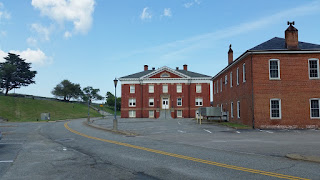 We visited a little museum inside, and we found out that we could go up on the walls of the fort.  So we did. 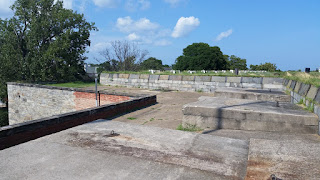 It was neat for sure, but the little lady was really happy when she got another view of the lighthouse. 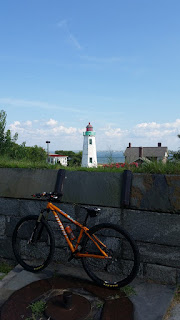 We eventually got out of there and decided to explore the rest of the land around the fort.  It was then that we got near the beach at least. 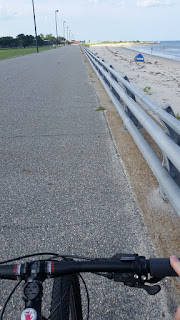 We finished the day exhausted but happy.  We stopped in a local watering hole for some food and beer, then we crashed out early.  It was another good day exploring by bike and taking in some history.  We made the most of our short time out there, no doubt because we brought our bicycles.

I highly recommend it (bringing bikes wherever you go.)  You never know what kind of adventure you might get into.

Now it's time for you to grab a bike and go somewhere.
Posted by TheMutt at 8:12 AM