Vacation.  Still talking about it.  This time though, it's all about bikes.  After spending some time in Northern Virginia, Lunchbox and I visited with some family (and had a great time) before we headed down to Richmond. We've been there before but it's been a while.  We took off out of the parking lot, climbed a ramp, and found ourselves on a pedestrian/bike bridge underneath the Lee Bridge that crosses the James River.  It provided an excellent view of the city. 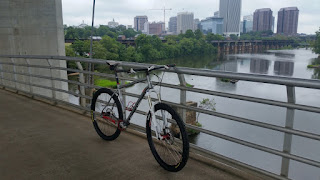 As soon as you cross the river there is a most excellent skills park under the bridge.  We rode around for a while and had fun, but Lunchbox really impressed me with his bike handling skills. 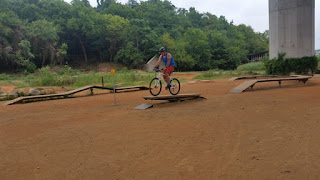 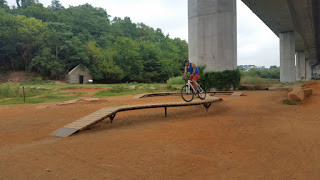 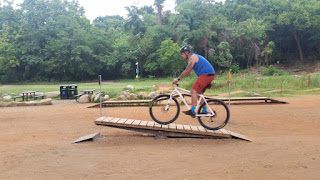 He may be big, but he can ride.  He haz skills that the super skinny dirt roadie folks don't.  Yeah, I said it.  Who gives a shit.

On the island (Belle Isle), we rode some of the trails that wind around through some historic shit.  We stopped at an old power plant and explored a bit. 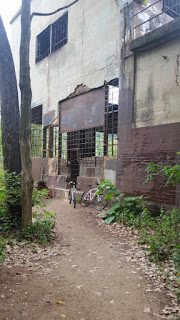 Then we rode some more trails... We crossed another bridge over the rest of the river and rode some more singletrack.  We made sure to take in the views, especially when we saw some kayakers going out to brave the rapids downriver from us... 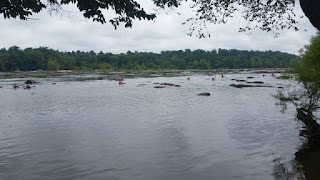 We rode some more trails, crossed another bridge, and ended up on some really flowy singletrack.  It was fast AF, but I stopped anyway to take photos... 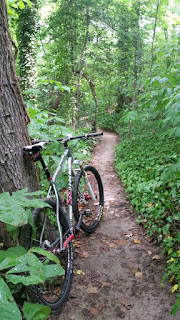 And I just had to take a photo when we got up near the historic Hollywood Cemetery. 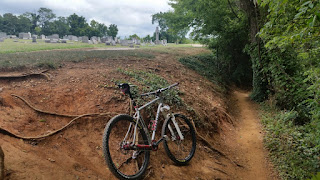 Then it was back to the flow stuff... 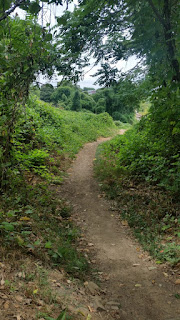 I forgot to mention I had a pretty bad crash at the beginning of our ride.  While goofing around on one of the many pump tracks under the bridge, I took a hard spill.  I twisted my ankle and landed on my back.  I also scraped my elbow, which turned out to be the most painful part for some reason. 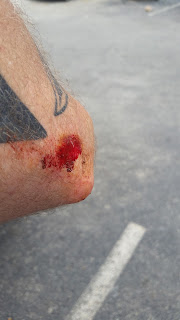 I'll live.  Hell, I finished the ride with no issues.


I also forgot to mention that Lunchbox did a little product testing on our ride.  You see, since he knows some people he got his new socks a week early.  Yes folks the Lunchbox socks are out and he was the first one to take them on a mountain bike ride... I know most of you that ordered probably have them by now.  The pictures have been coming in like crazy.  Facebook posts, Instagram, and even some text messages of happy customers with the greatest sock that DeFeet has ever produced.  Okay, maybe that last part was made up, but I know you folks are happy to have them.

Lunchbox is a cool kid (well, man) and we really appreciate those of you that threw your support behind him.  Most of you have watched him grow up (even if it's just here on this blog), so the fact that he has a few fans out there makes me a proud dad.  I've been a supporter of DeFeet for a long time now, and this just reinforces that.

Oh, and Richmond is pretty damn rad.  If you ever find yourself in the area (or with a free weekend), definitely check it out.  Just like those cool new socks you have, the trails up there in RVA are "Lunchbox Approved" too.

Yup, christened Beatty with some Lunchbox Sox on Monday.