Ready Or Not, Here Comes the Summer Series

I know, it’s still spring, but the 2010 Charlotte Mountain Bike Summer Series kicks off tonight at Colonel Francis Beatty Park. This one really snuck up on me too. Although I’ve done a few races already this “season”, I’m nowhere near being ready. I have a new bike, The Big O, which should fare well in this cross country race format, but I’m still not totally used to this fine machine.


Don’t get me started on my “fitness” either. I haven’t really done enough cross country riding to make me even remotely ready for the grueling sixteen race series. So much for a training plan, huh? Well, if drinking lots of beer and watching the NBA playoffs is considered training, then I’ll take the podium every race. That’s not likely though, so it looks like I’ll be suffering in the back of the pack, which has been customary for the past two seasons. Sure, I’ll eventually get better as the series wears on, but so will everyone else. Oh yeah, did I mention that we pay for this kind of fun too?


After squeaking out a top ten overall finish in last year’s series, I felt it’s time to move up to the Sport class. That and I pretty much have to since I’ve been racing in the Beginner Men’s class for two seasons. I have the skills no doubt, but can I handle the extra distance? Who knows, but at least I might die trying.


I don’t want to sound like I’m complaining, because I actually like racing in the summer races each week. I enjoy the social aspect as much as the competitive part; probably more actually. There’s a good group of people out there at these events, and it is a great thing for our local cycling community here in Charlotte. I just wish I had more time to train. Well, I would probably waste that extra time, but whatever. At least I’ll be Awesome this time around. If you come out to the races looking for me, I’ll be bringing up the rear of my class sporting some sweet apparel and shiny bike bits from Cane Creek Cycling Components. 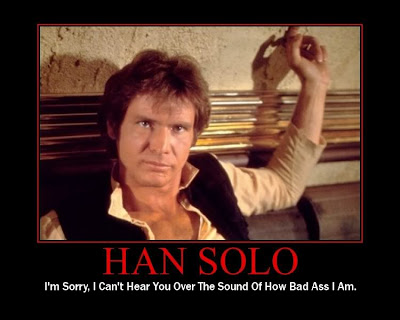 See you there tonight, Also racing sport and waiting to have my @$$ handed to me

Speaking of beer inspired fitness, everyone should run out and buy 'Dogfish Head 90 Minute Imperial IPA'.

It'll make you do the Kessel
Run in less than 12 parsecs....