I Thought It Was Over 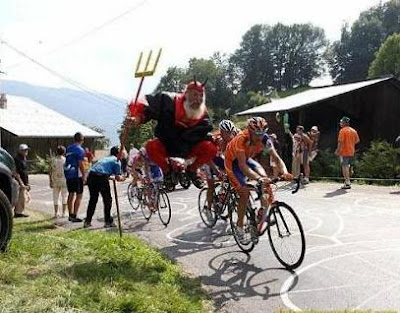 My race season, that is. After traveling all over hell and back for races, I was plum wore out. My season finale at Dark Mountain in August had me on the podium two times in one day, and I honestly thought that I had reached my limit. My beer intake resumed to preseason levels, and my riding pace changed from “fast” to somewhat leisurely. I had all but given up racing, and started thinking about next year.

I had totally forgotten about one race that has been on the calendar the last few years, the Tree Shaker.

Yes. Twelve hours of racing down in Fort Mill, South Carolina. Last year I did it solo, and completed eight laps for a total of seventy two miles. It was my furthest distance on a mountain bike (still is), and I felt pretty good about my accomplishment. This year though, I don’t think that I could top that. I’ve let myself go a little bit, and I’m just not up to racing all by my lonesome for twelve whole hours. I have a plan though.

The Dirty Party Cycle and I are teaming up this year for a twelve hour duo. Instead of going out for “hot laps” or trying for the most number of laps though, we have a different idea. We’ll ride as much as we can, taking turns of course. In between laps, we’ll drink beer. That plan is to keep the number of beers equal to the number of laps, and see how long we can hang on. We’ll use a tally to track our progress. 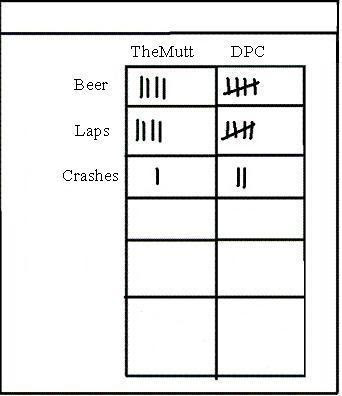 Yes, we’ll probably include a crash tally. I’m sure crashes will rise exponentially with the number of beers consumed, so things could get a bit dangerous out there. The real challenge comes during the night laps though. We’ll either be too impaired to find our way through the darkness, or too drunk to even get out for a night lap. Either way we win. 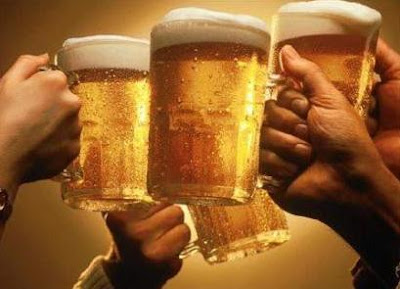 I can’t promise you that I’ll be back with a race report on Monday. I probably won’t remember what happened out there, or I’ll still be too hung over to feel like writing. This could be interesting, or downright stupid. Either way sounds good to me.
Posted by TheMutt at 8:30 AM