Better To Give Than Receive


But, I sure as hell do like to receive.  I already told you about my shiny new cog from Endless Bike Co..  Well, I finally got in on there and I dig it. 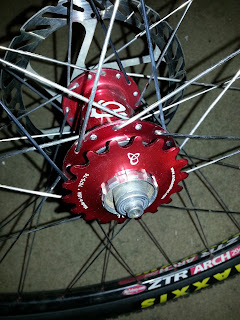 One of my other all time favorite things is Star Wars of course, and it doesn’t take much to impress me in that department either.  My pal Santana must’ve felt guilty about all the beer I’ve been giving him lately, so he gave me a little present. 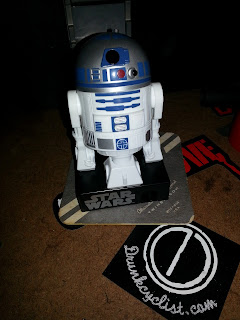 I’m not sure if he wants to date me now or something, but I really appreciated the gesture.  When you push the little button on the front, it blurts out some standard astro droid sounds and dispenses little pieces of candy.  I thought they mught be roofies so I didn’t eat any.  I hope he’s not offended, but I don’t take too kindly to date raping.

For real though, thanks.  Now I have another new assistant here at B-43 that I can’t afford to pay.

Something that doesn’t easily impress me is beer.  My pal Robbie (who recently left the wonderful city of to take refuge in the mountains of ), decided to smuggle some beer across state lines in an effort to make me an accomplice in some illegal alcohol trade.  I received a mystery package da udda day here at the B-43 Worldwide Headquarters, and after unraveling plastics bags, stolen hotel towels, and twenty five pounds of packing peanuts I found this: 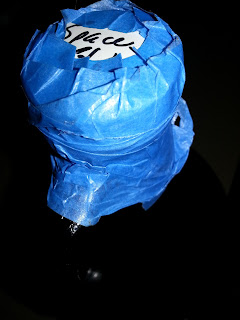 And there was also a note: 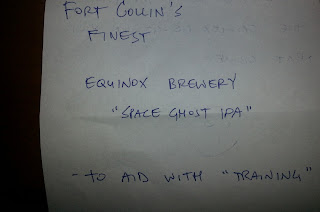 He obviously knows how hard I’ve been training, and to have some out of state brew would make me that much more “trained.”  I noticed that he didn’t sign the note, no doubt keeping him from being implicated in the aforementioned crime.  I decided to unravel the tape that kept the lid sealed on the growler, and poured myself a glass to try it.

What the hell, I’m already in too deep. 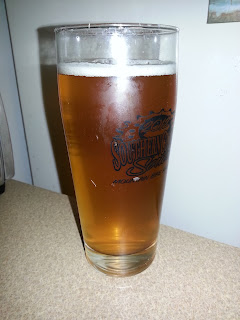 Wow.  This is the Space Ghost IPA from Equinox Brewing.  And damn, it’s pretty tasty.  It’s really big on citrus, with a nice bitter finish.  Half of the growler is gone already, and the rest will be finished off tonight.  You know, to destroy the evidence.  With this little sampling, now it seems like I’ll have to make a trip out to to get some more.  I’ve been thinking about going out there anyway, but with this beer teaser and George’s big news it looks like a certainty.

Big thanks to Robbie for the brew.