I Should Be Training

In the first two races of the year, I kinda felt like a cow chasing a cat.

Of course I have a photo: 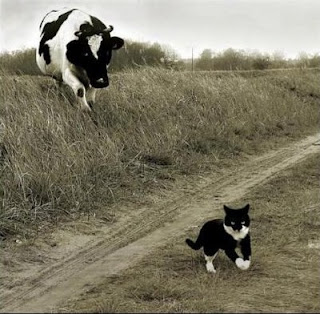 I’m out of “racing shape”, and everyone just seems so much faster than me.  A smart cyclist would use that as motivation to train harder, but since I don’t really train I found something else to do. 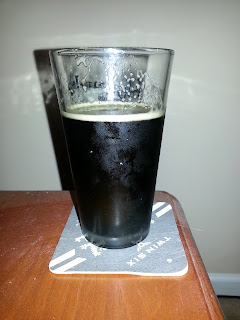 I know, it’s not an IPA.  It’s actually a milk stout, and it wasn’t too bad.  Since I couldn’t drink a ton of them though, I had to switch it up immediately.  To counteract the stout, my best bet was to go with an Imperial IPA purchased here locally. 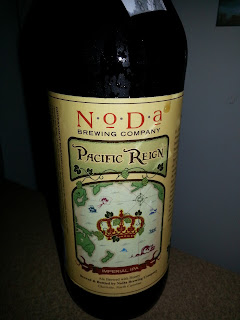 The NoDa Imperial IPA, from right here in .  You can get it at NoDa Brewing Company.  That place is right on my way home from work.  It doesn’t get any better than that.

Since beer seems to be an obvious distraction from my “training”, I had to figure out something else to do.  I’ve been running the stairs in the building at work quite a bit, and that’s about it.  It’s back to being cold and rainy around here, so getting out on the bike just plain sucks.  You know what sucks worse?  The trainer. 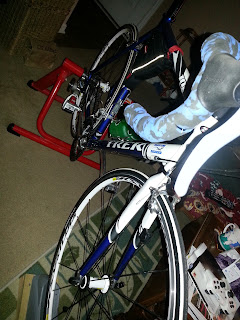 I don’t care for road biking, even though I know it does wonders for bike fitness.  Even as bad as I feel about riding on the road it’s still a shitload better than parking in in the house and riding nowhere.  I’ve tried watching cycling videos and even Star Wars movies, but I quickly figured that I would rather get beat to death by an old lady than ride my bike indoors.

Maybe I should just harden the fuck up and get outside to ride.  If I don’t, I’ll keep getting my ass handed to me on the race course.

That still sounds better than riding the trainer.

In other news, tonight is the big night.  That’s right, Lance is finally coming clean…we think.  What really happened in the interview is that Oprah came clean too.

Will you watch?  I’m sure you will.  I mean, who doesn’t love to watch Oprah?  Okay, no one does, but come on, it’s LANCE FUCKING ARMSTRONG!  The seven time best cheater in a sport filled with cheaters.  If the interview doesn’t sound like it will be exciting enough for you, then you can play a little drinking game.

Of course, that’s courtesy of the mad men over at Drunk Cyclist dot com.