Gone Before I Knew It

The weekend, that is. After the kids ride Saturday, Lunchbox and I ran around town for a little while getting some shit done (he actually drove me.) I eventually made it home after a long day and I was beat. I couldn't relax too long though, because I had to go to work. Yeah. I don't usually work odd hours like that, but they were doing some shit that required an around the clock presence and I ended up on the 9 p.m. to 9 a.m. shift. It sucked, mostly because I had to be somewhere early Sunday morning. 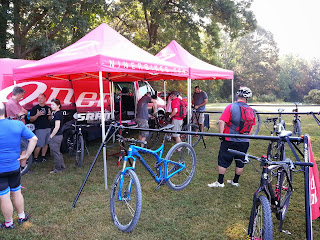 Yeah, I wasn't about to miss the Niner Demo, or any other bike riding on such a nice day. I was tired from work, and Lunchbox was tired from staying up all night at his friend's house. 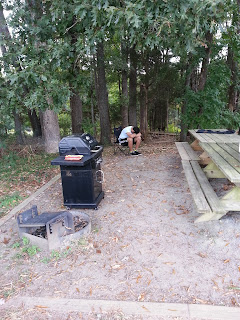 My kid was free to sleep in my Maxxis chair all day, but I was on a mission. 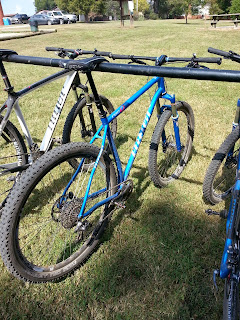 There was an XL ROS9 waiting there for me, and even though I really enjoyed the one I rode in Vegas I wanted to try it one more time. 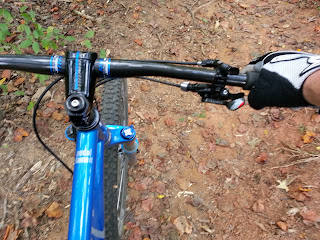 It was probably too much bike for the shit we ride around here, but that didn't make it any less fun. The extra wide handlebars kinda gave me a little trouble in the woods (I didn't have to worry about that in the desert.) Other than that, it was like I was out there on a big toy. I could roll over anything in my path, and drops, roots, and rocks didn't affect my ride one bit. I felt fast on it, and that was without shifting gears. I may have forgotten how to do that anyway.


I'd ride it locally if I had one, but I'm sure I'd spend a lot more time up in the hills with it. It would be a play bike after all, and I'd definitely have a great time on it if I owned one.


So, what's the verdict? 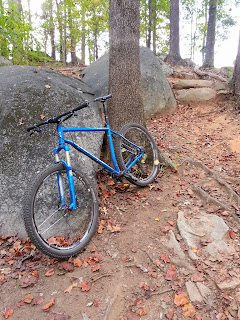 I like it. A lot. I mean, a whole fucking lot. When I rode it in the desert, it felt like I was in it's natural habitat. I had some concerns that I would only like it in the mountains or shit like that, but the ROS9 seems like it would be funo no matter where I rode it. I probably wouldn't turn on the Strava and get all cross country race-y on it, but I'd consider getting all Enduro™ with it.


Rumor has it that there's one in my size that may or may not quickly make its way here to North Carolina.


Crap. That means I should start looking for one of them thar big travel squishy forks.


Thanks Niner. You brought your all-mountain squishy crack to NC and now I'm addicted.