The work week pretty much sucks constantly now, since I always try to have as much fun as possible on my two days off.  Sunday was extra awesome, since we got to bring a little DrunkCyclist cheer to one of our local events.  I see a lot more of that in my future, and a lot less “serious” racing.  I mean, even the critters out there at BYT are benefiting from our waffle tossing. 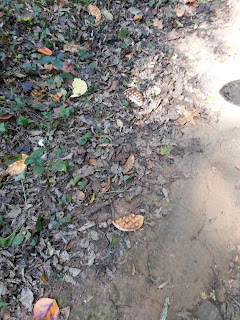 I ride for fun.  I’ve told you that many times.  Tonight is another installment of our Tuesday Social Ride, and while we won’t be out there chugging beers and tossing waffles, we’ll have a great time out on the trail.  I may however, open up a beer on Eastwood’s crotch again just to keep things interesting (if he shows up.)  The social rides are just that:  social.  We ride a little, shoot the shit a lot, and have plenty of good food and drink afterwards.  I always look forward to it.

You know what else I’m looking forward to?  Another party.  This weekend, we’ll be celebrating another successful year here in Charlotte with the Tarheel Trailblazers and the Dirt Divas.  We’re having our year-end party, and this one will be different from all the rest.  In the past, we’ve had group rides, raffles, and food.  I know that doesn’t sound much like a party, and that’s probably because it isn’t.  This year though, we’ve changed things up a bit.  We’re having some games, like a track stand contest, bike jousting, a Huffy toss, and the ever-popular bike derby.  We’ve even created a championship belt for the winner of the derby, kinda like they do at SSUSA.  The little lady has been hard at work welding some shit together. 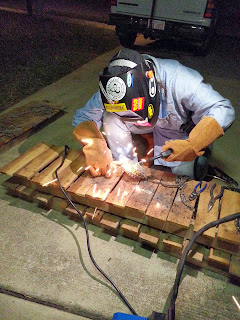 I may or may not put up a photo of it soon.

If that isn’t enough, we’ve hired a band.  Not just any band though.  Cycling’s only rock band, CroMoly. 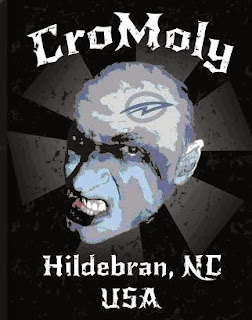 I’m busy getting everything together for this Sunday, and it’s gonna be a blast.  We pre-sold tickets to the event and the deadline has passed, but you can still get in if you want.  There just might not be enough food for you though, but it’s worth it to come out to play.  Games, rides, and a band?  Hell yeah.