Man, I’m tired.  So tired that I almost forgot that I had to write this blog and do other semi-important stuff today (like go to work.)  As usual, I crammed in too much on my days off, but I think this trip was more than usual.  I guess I can start from the beginning…

Lunchbox and I hit the road early Thursday morning for sunny Florida to attend Mr. Shepherd’s wedding.  We made really good time, only stopping for gas and a quick lunch.  I knew Mr. Shepherd was waiting for us, and we communicated quite a bit during the drive down.  I got to the hotel at my scheduled time and checked in, heading up to my room to settle in.

I haz nice view of river: 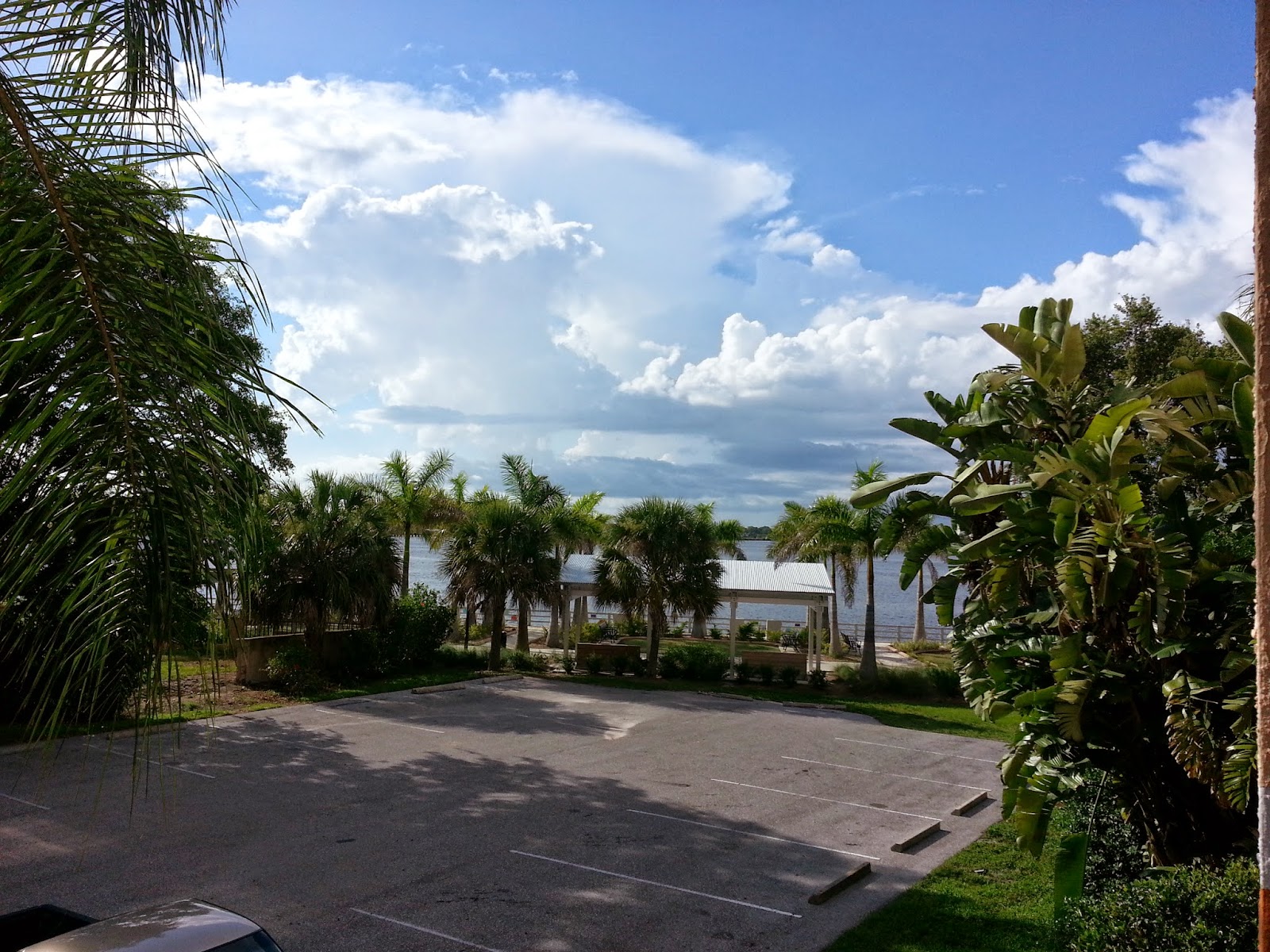 Lunchbox got his ride on right away, even though the lady at the front desk jokingly said he shouldn’t ride his bike inside.  He has no regard for your rules. 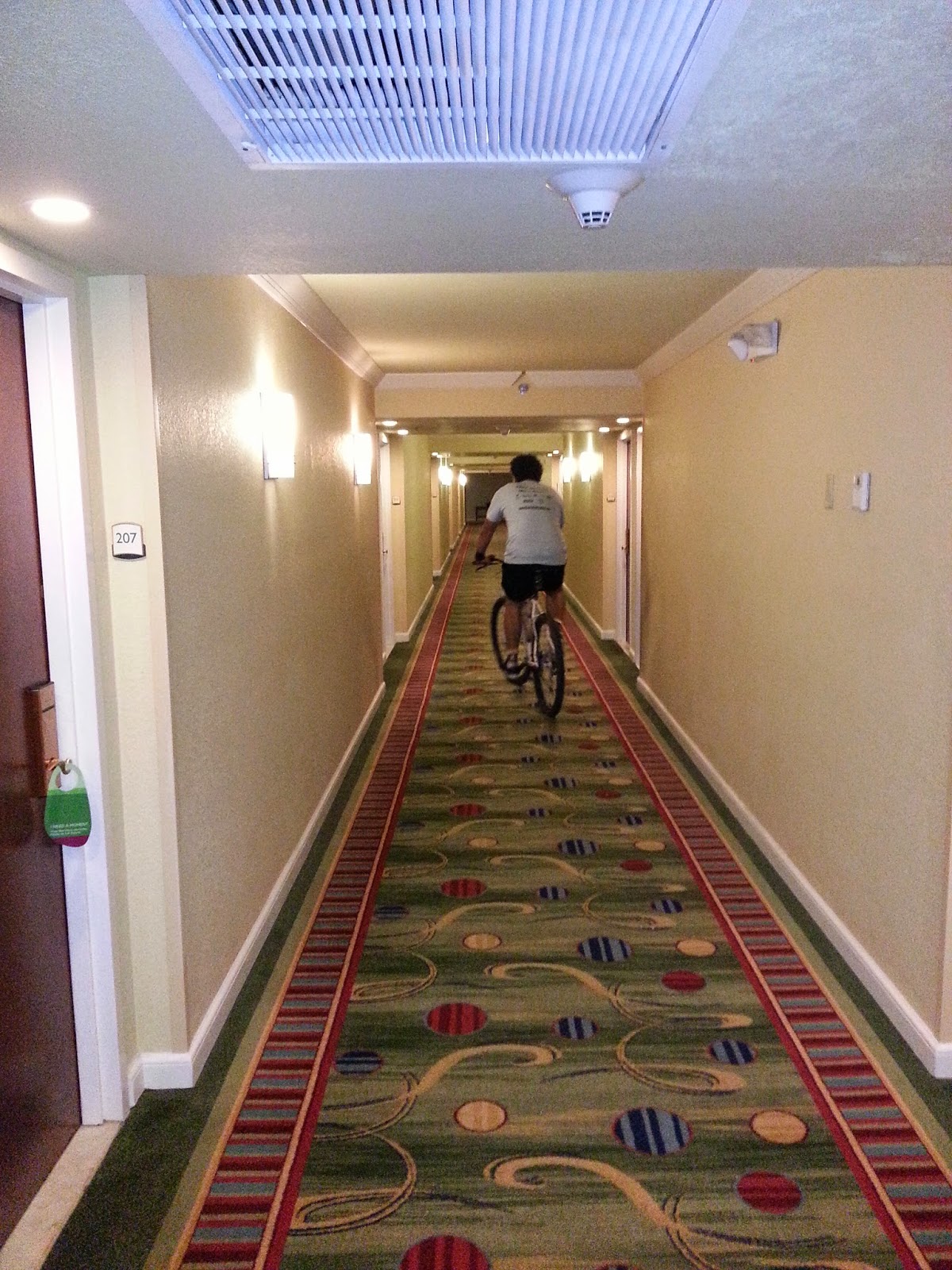 The hotel must have been expecting us, since they had bike parking conveniently located in the room (it was a fancy place I guess.) 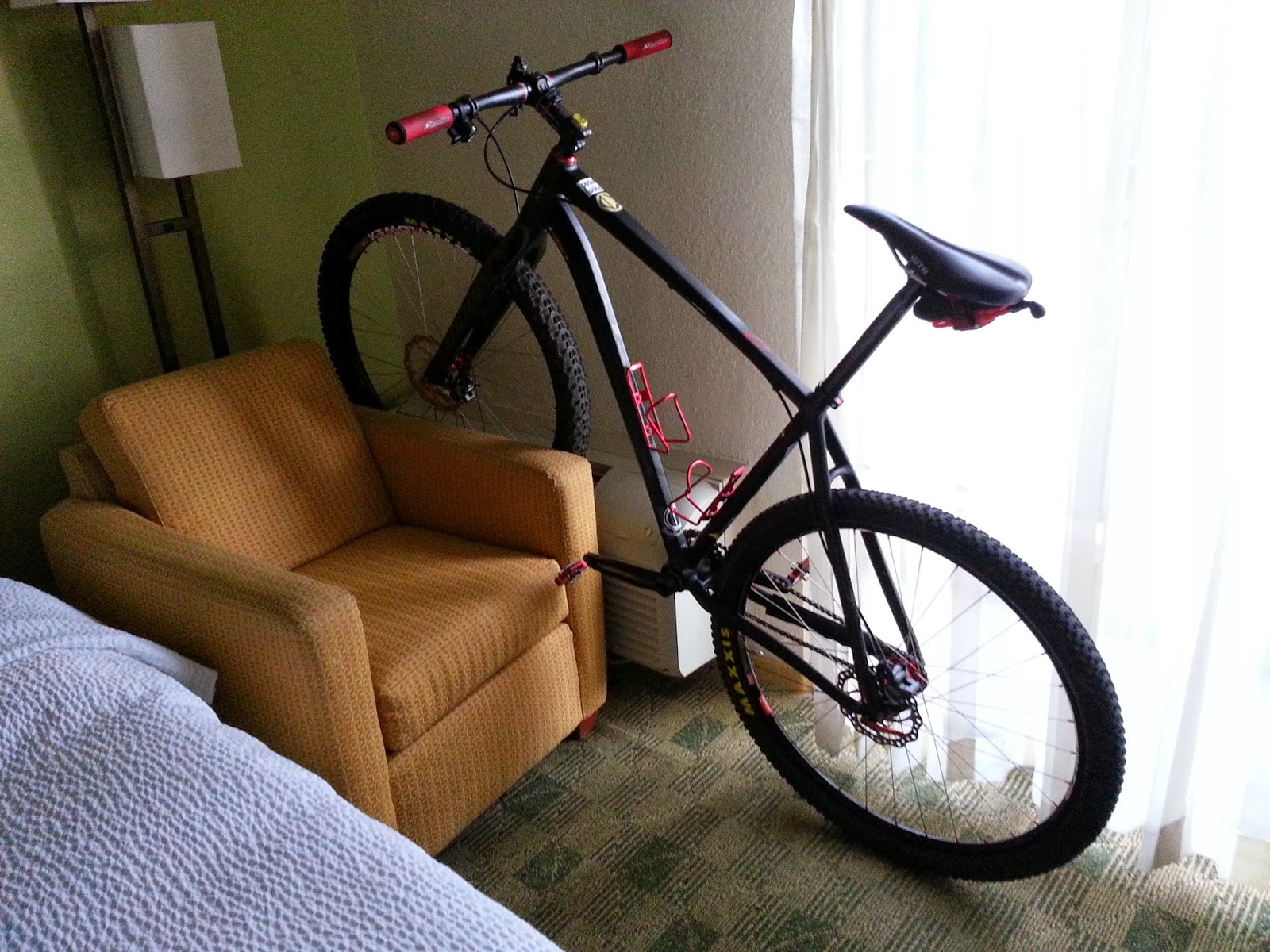 Once we got unpacked and all that, I got word that the Dirty Party Cycle had arrived.  Mr. Shepherd rolled in a few minutes later.  The boys were back in town, and we hit the town right away. 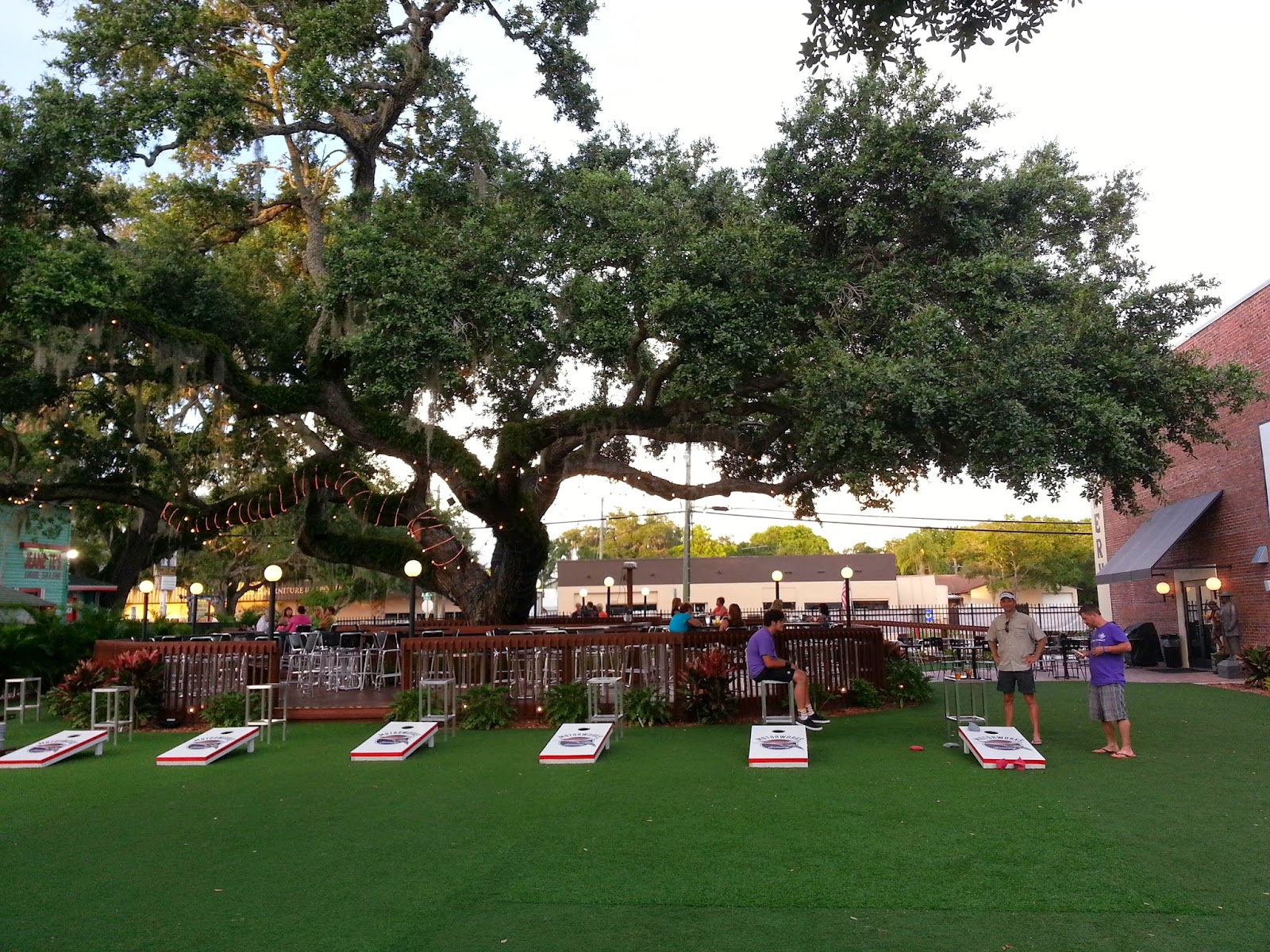 Motorworks Brewing in Bradenton was our first stop.  They had this awesome beer garden (pictured above), and a pretty decent beer selection.  We drank it all. 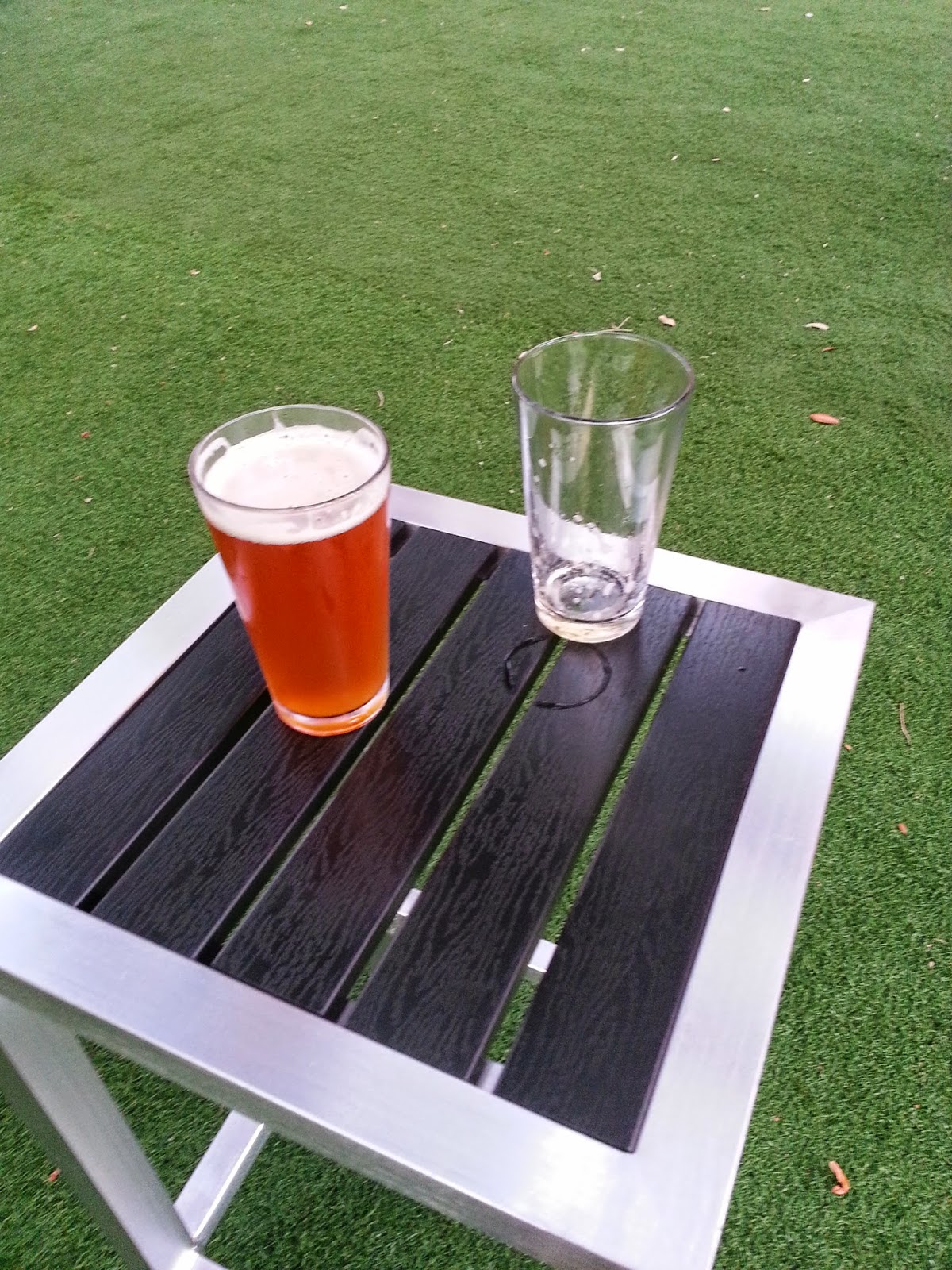 We hung out for a while, throwing bean bags at plywood, bullshitting, and even ate food out of a food truck (which I would regret later.)  One of their flagship beers was an Enduro™ Session IPA, as noted on one of the many receipts from that night. 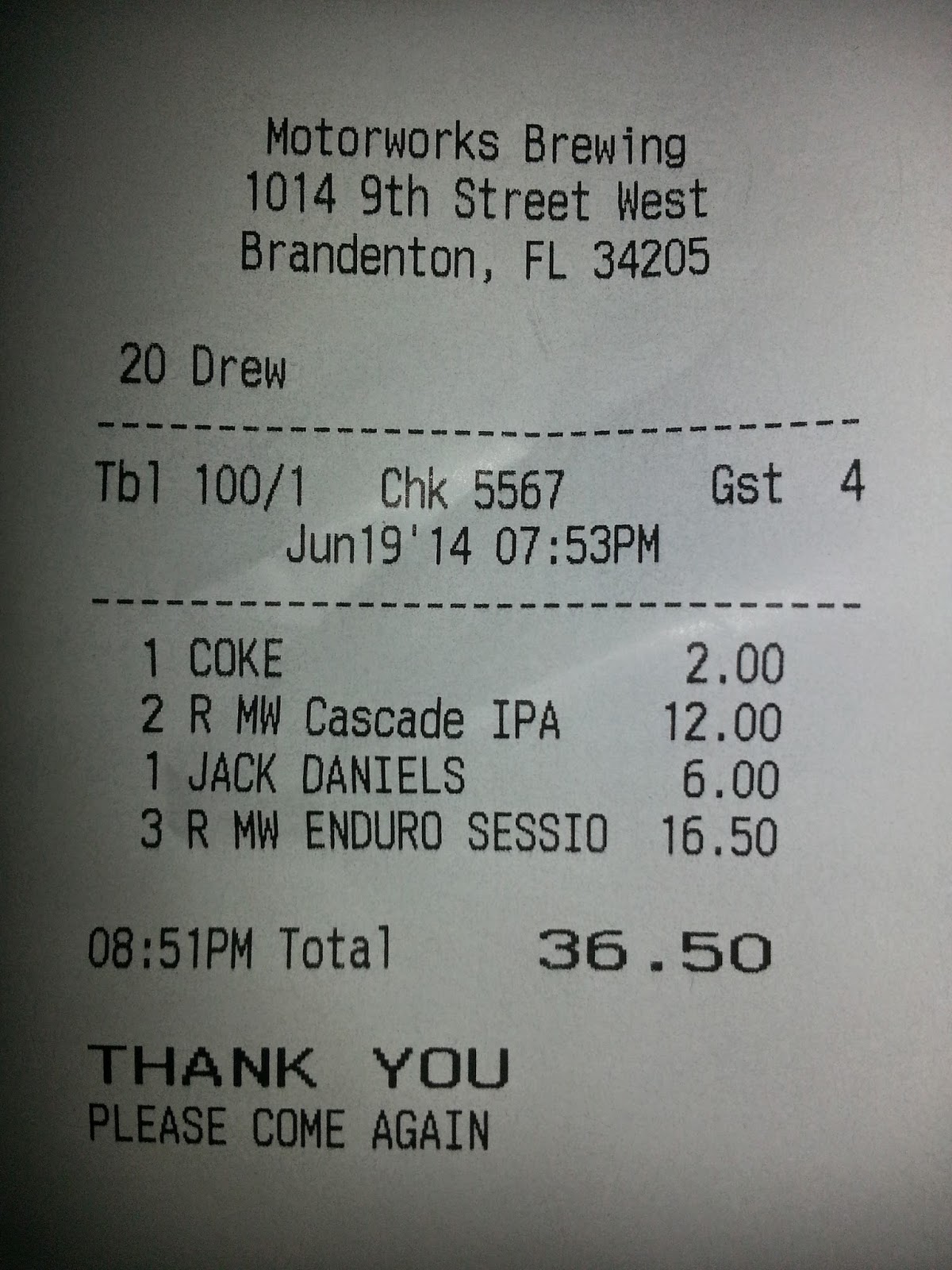 We had a rocking good time for sure. 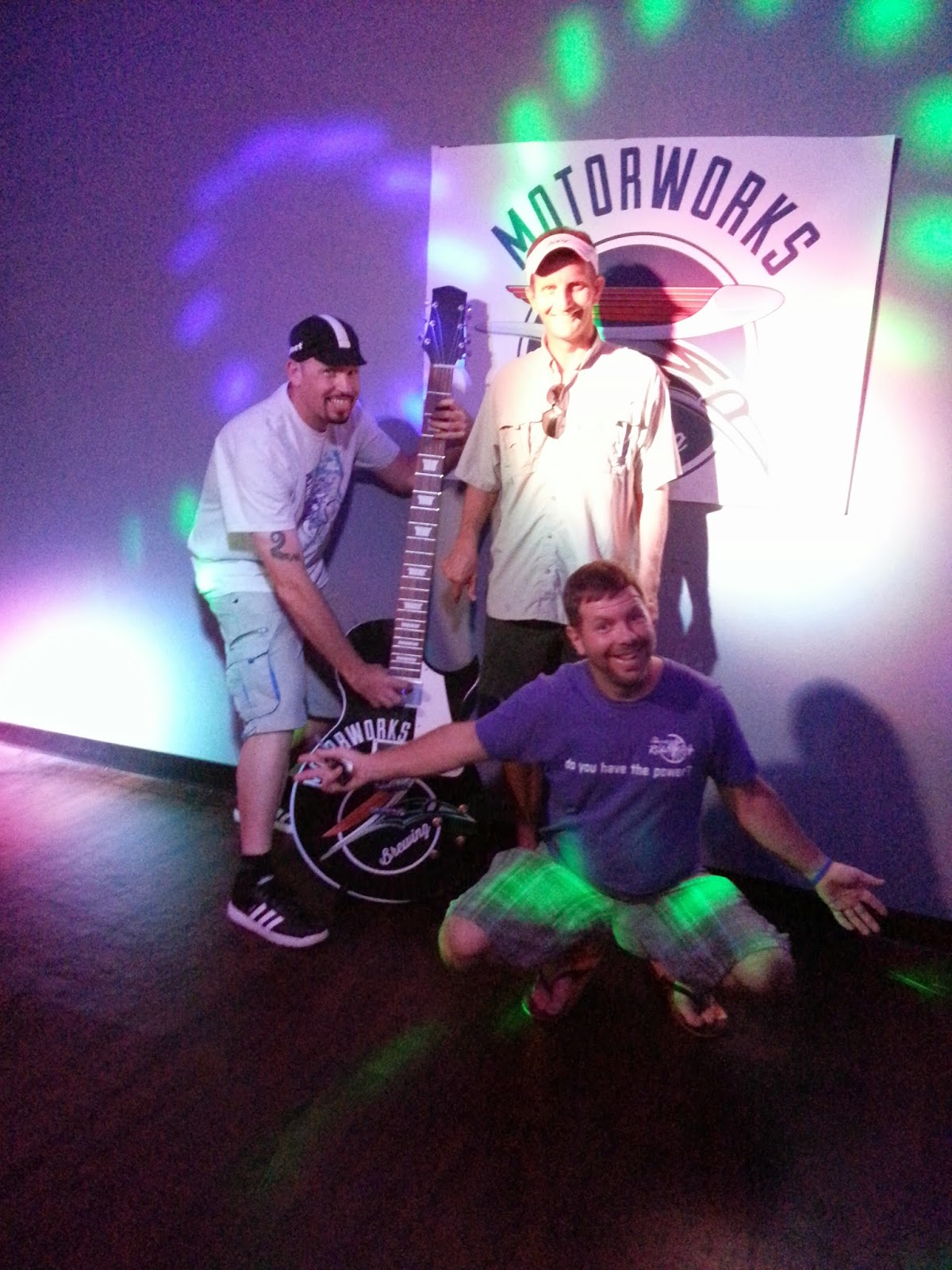 We had to go, since that was only the first stop.  We piled in the car and rolled out to some island near the Gulf of Mexico.  After what seemed like hours, we arrived at some oyster joint.  I wasn’t really hungry (my stomach was upset from whatever the hell I ate from the food truck), but I can’t help but order alligator when I’m down that way. 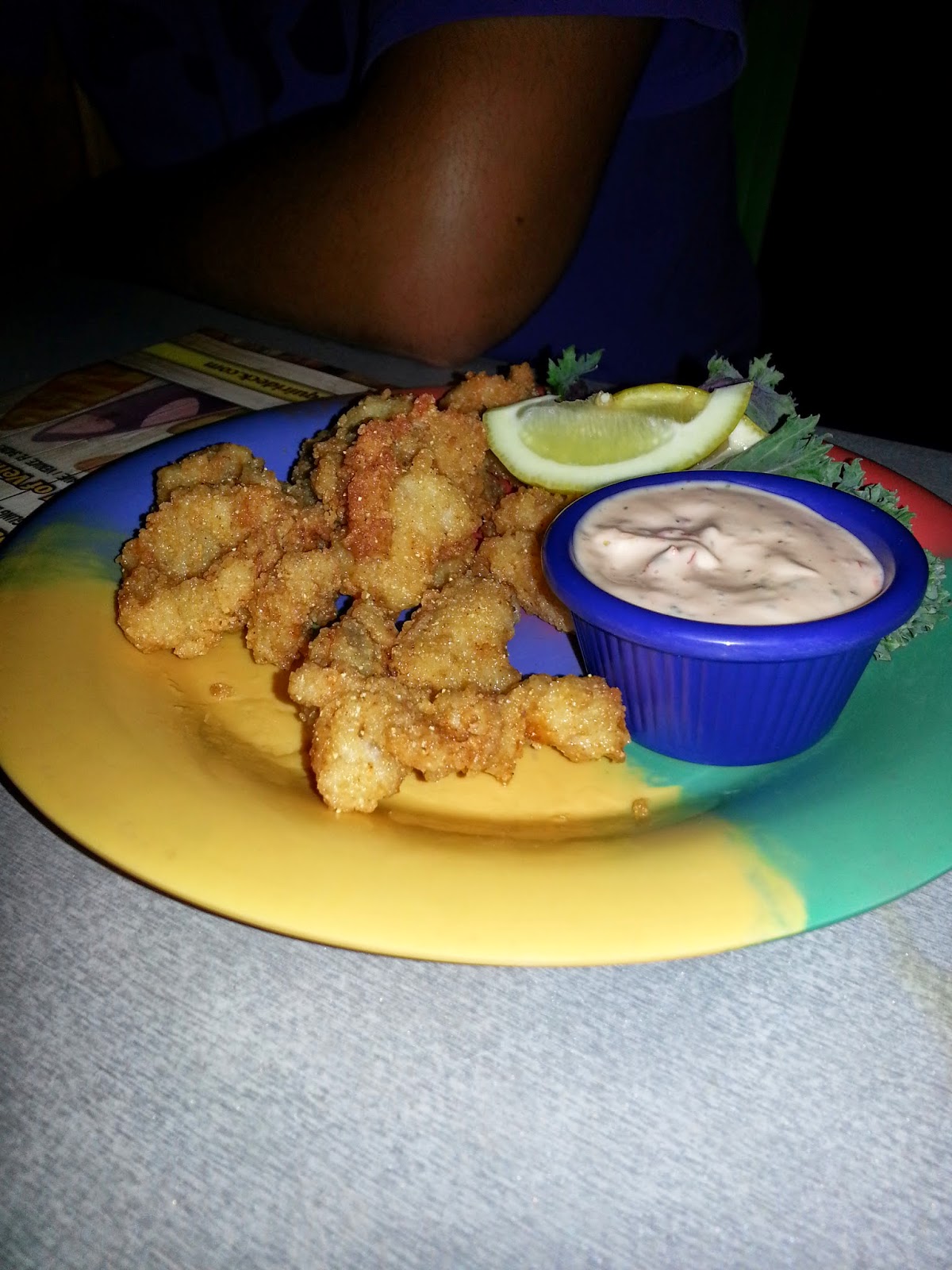 That was the last of the photos that night.  We drank more beer, a few rounds of shots, told more stories, and watched as the DPC handed the keys over to Lunchbox.  He was our designated driver, which was probably the best idea we had all night.  He got us back to the hotel safely (in a city unfamiliar to him I might add), and we got some sleep to get ready for our adventure the next day.

The “bachelor party” would last for two days, and this story will probably last a lot longer than that.

Day one, drinking and hanging out.  Day two…

Tomorrow.
Posted by TheMutt at 8:07 AM

Email ThisBlogThis!Share to TwitterShare to FacebookShare to Pinterest
Labels: back from vacation, Florida, road trip