Sometimes you do dumb shit when you're unsupervised.  Especially when there is plenty of temptation. 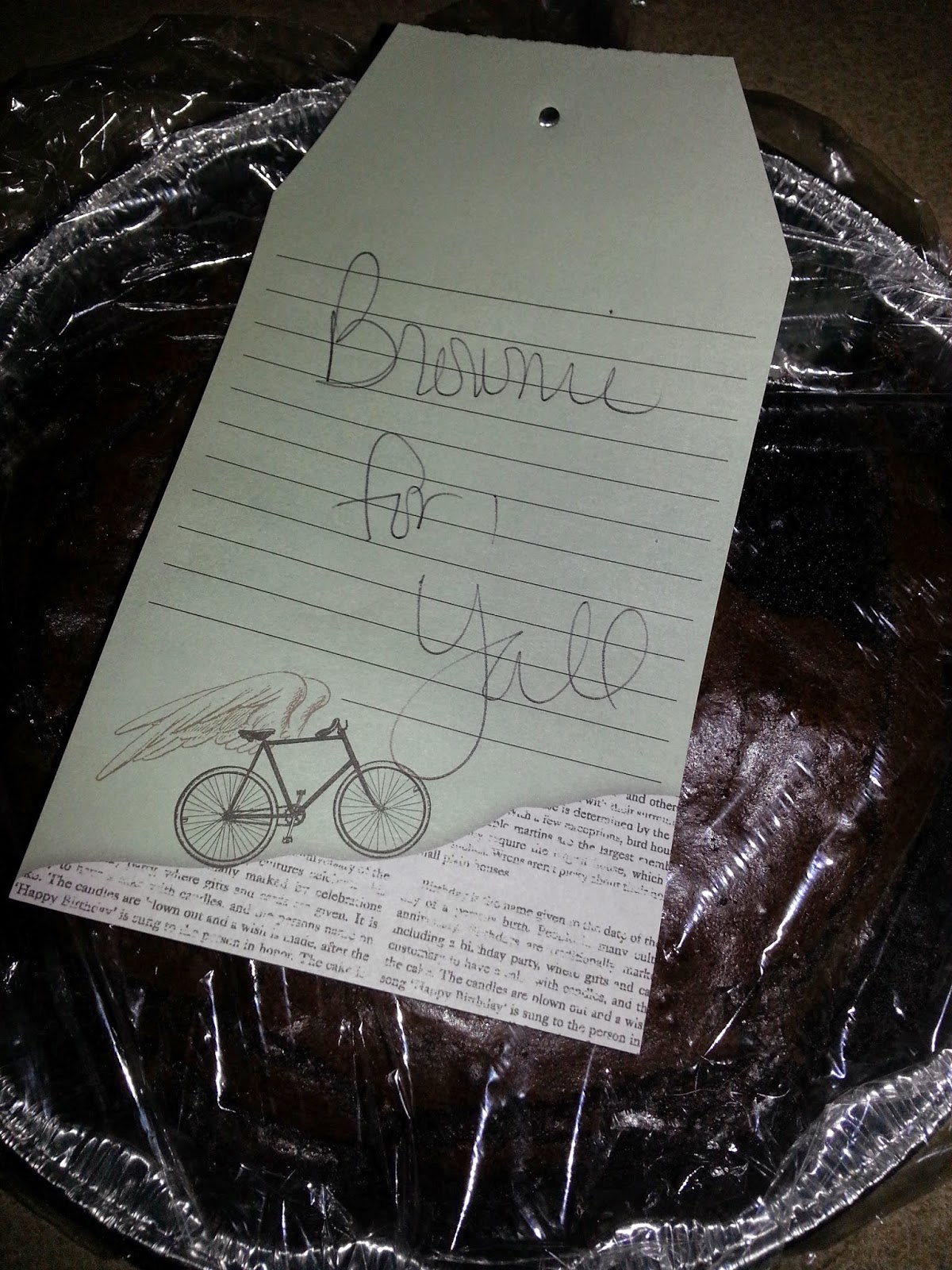 Little Miss Sunshine left me a note (using some Southern slang no less), offering up some brownies for us while she's overseas.

I gave in to temptation and tried a little. 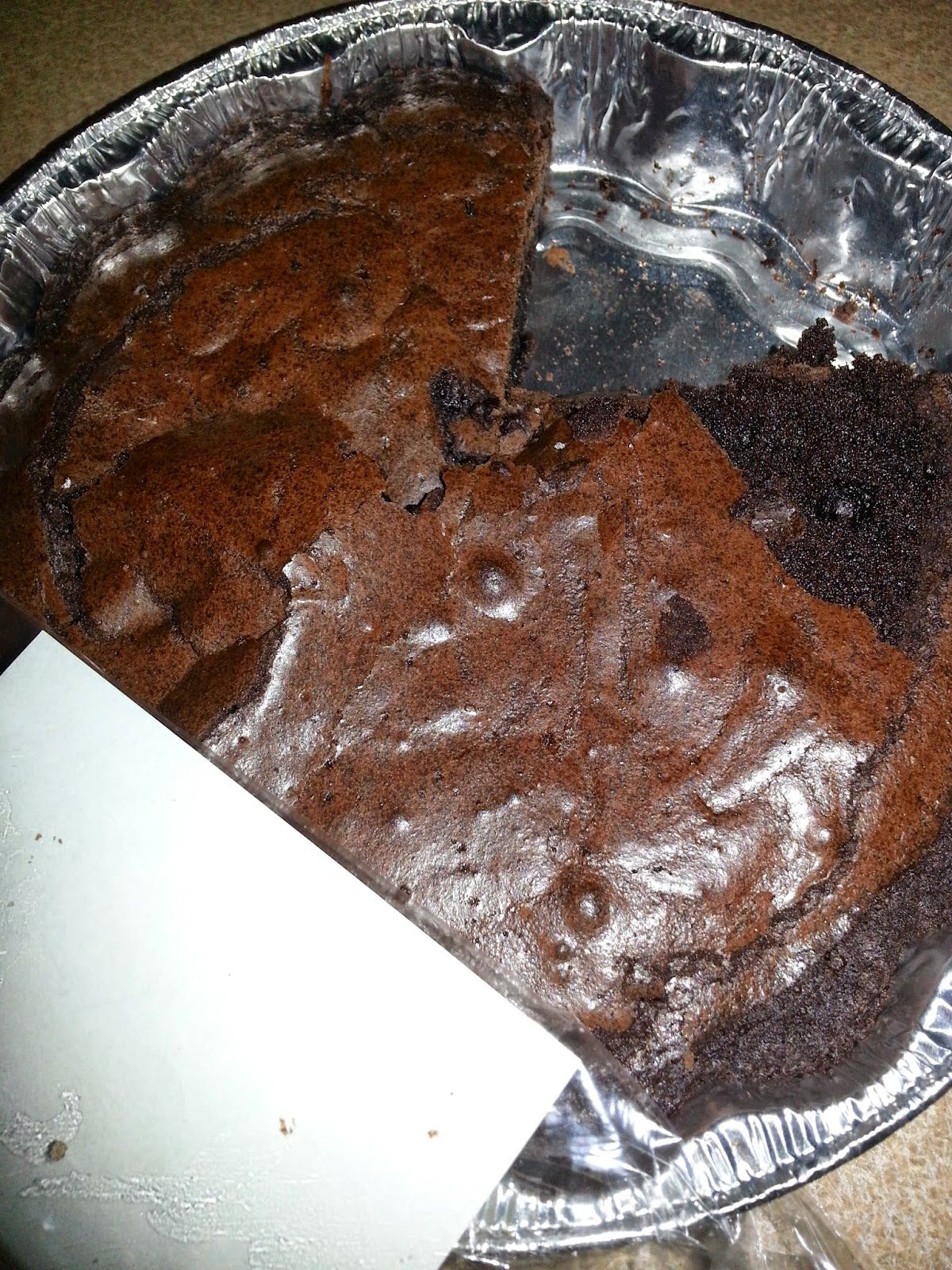 So good.  I resisted the urge to eat all of it, but I have a strong feeling that the rest won't last until the weekend.  I'm down to 222 pounds now, so I can afford to splurge a little.  If that's the most trouble I get in, I'll take it.  The little lady on the other hand, seems to have no regard for the law across the pond. 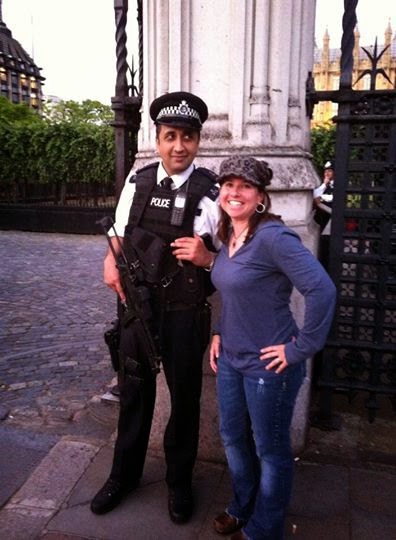 Since I'll be all fueled up from the brownies for the weekend, I'm thinking of a way to make sure my weight doesn't creep back up to “offseason” proportions.  What better way than an endurance race, right? 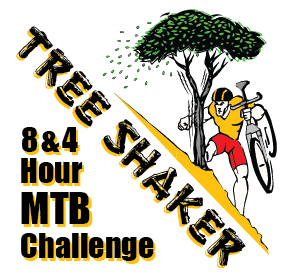 The Tree Shaker.  It's local and well-organized, and pretty fun for some reason.  Lunchbox and I were discussing it, and when I asked him if he wanted to go he replied with an emphatic “Yes.”

Cool.  Now I would have support (and photographs) for the race.  A day later though, he started talking about actually “racing.”  His plan was to do the four hour version while I did the eight.  That sounded like a good deal.

You know, until I came up with a brilliant idea:

He was in. Well, maybe.  Eight hour duo, father and son.  It sounded like a good way for us to spend time together and have fun in the process.  He seemed cool with the idea, but I'm not sure if he's fully committed.  Either way he'll only “race” for four hours, so I guess he'll probably give it a shot.  But since tomorrow is Fun Friday, I won't tell you our decision until after the race.

At least we'll stay out of trouble, and work those brownies off in the process.