Not just for people, but with any business.  Bike shops in particular should have character, according to my limited research anyway.  In this day and age when you can click your mouse, enter credit card information, and have new bike shit show up on your doorstep a few days later, having a bike shop that actually gives a damn about their customers means a lot.  It can mean the difference between staying in business and closing their doors forever, actually.

I’ve visited lots of bike shops.  I’ve been to everything here locally, and after eight years of shopping around I only frequent one here in .  This post isn’t about them, so I won’t mention the name right now (take a gander over there to the right to see which one.)  Anyway, that means the rest of them will never get my money unless I desperately need something that I can’t get at “my” shop.  I also make a point to visit other shops when I go to different cities, and some of them are pretty cool.  Some however, could stand a lesson in customer service.

You ever go to a store and feel like an asshole because you didn’t buy something?  Went somewhere with your hard-earned cash just to be told that bike (or whatever) isn’t what you want?

Bullshit.  Some customers might fall for that, but if you don’t listen to what a majority of them tell you, it’ll be a matter of time until you’re unemployed and homeless.  “My” shop isn’t like that, and that’s why I go there.  There are lots of others that are good, which brings me to a shop I finally made it to on our camping weekend up in the hills…

Recently relocated from downtown Wilkesboro to a spot right next to the awesome trails at the W Kerr Scott Reservoir, this place is pretty damn awesome.  While I was on the way to setup camp, it beckoned me to stop in. 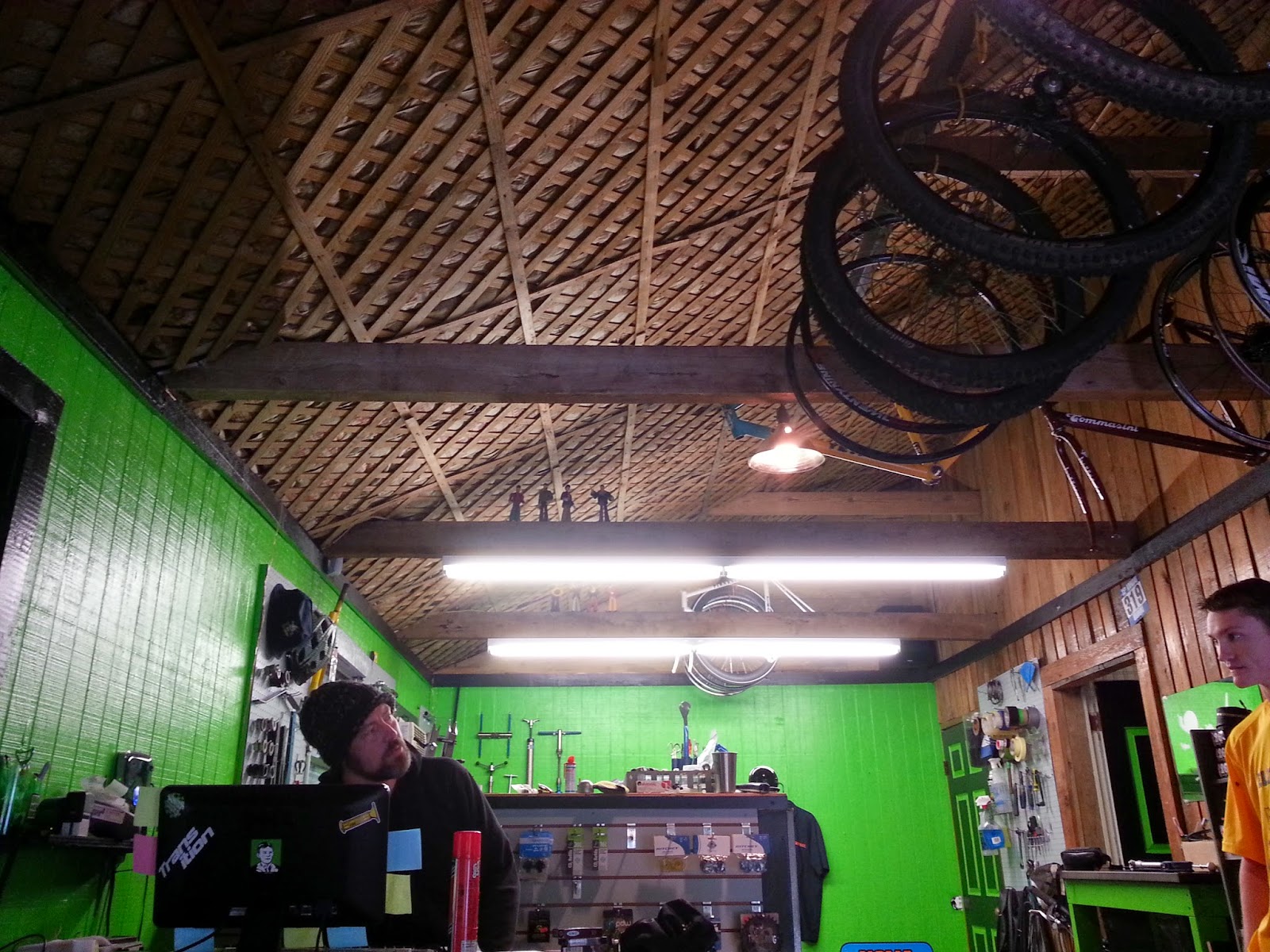 Shannon, the proprietor of this establishment, makes you feel right at home the second you stop in.  Although he just moved to this prime location (across from the trails), it’s a real, functioning bike shop.  He said it was a work in progress, but it looked pretty damn good to me. 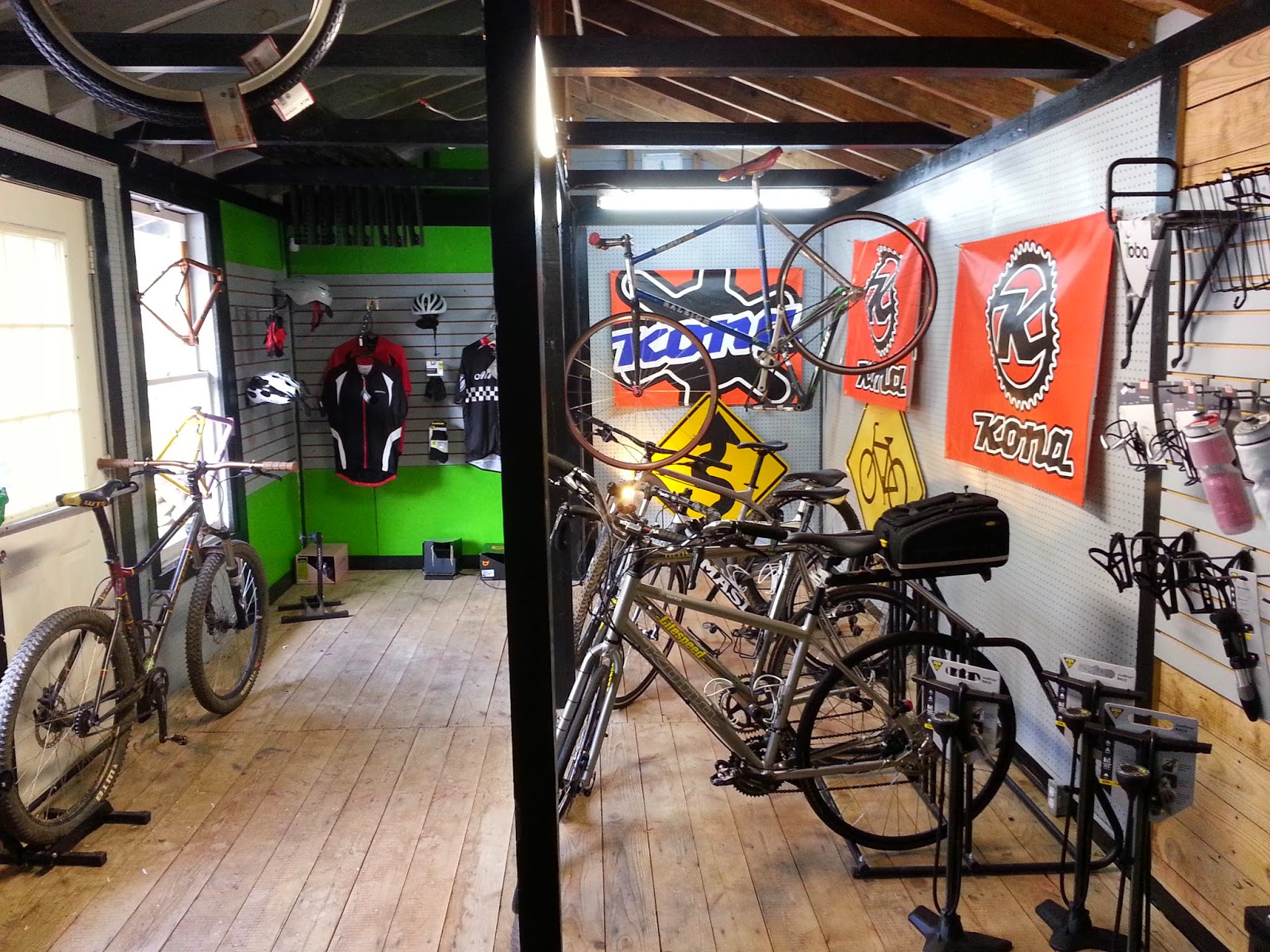 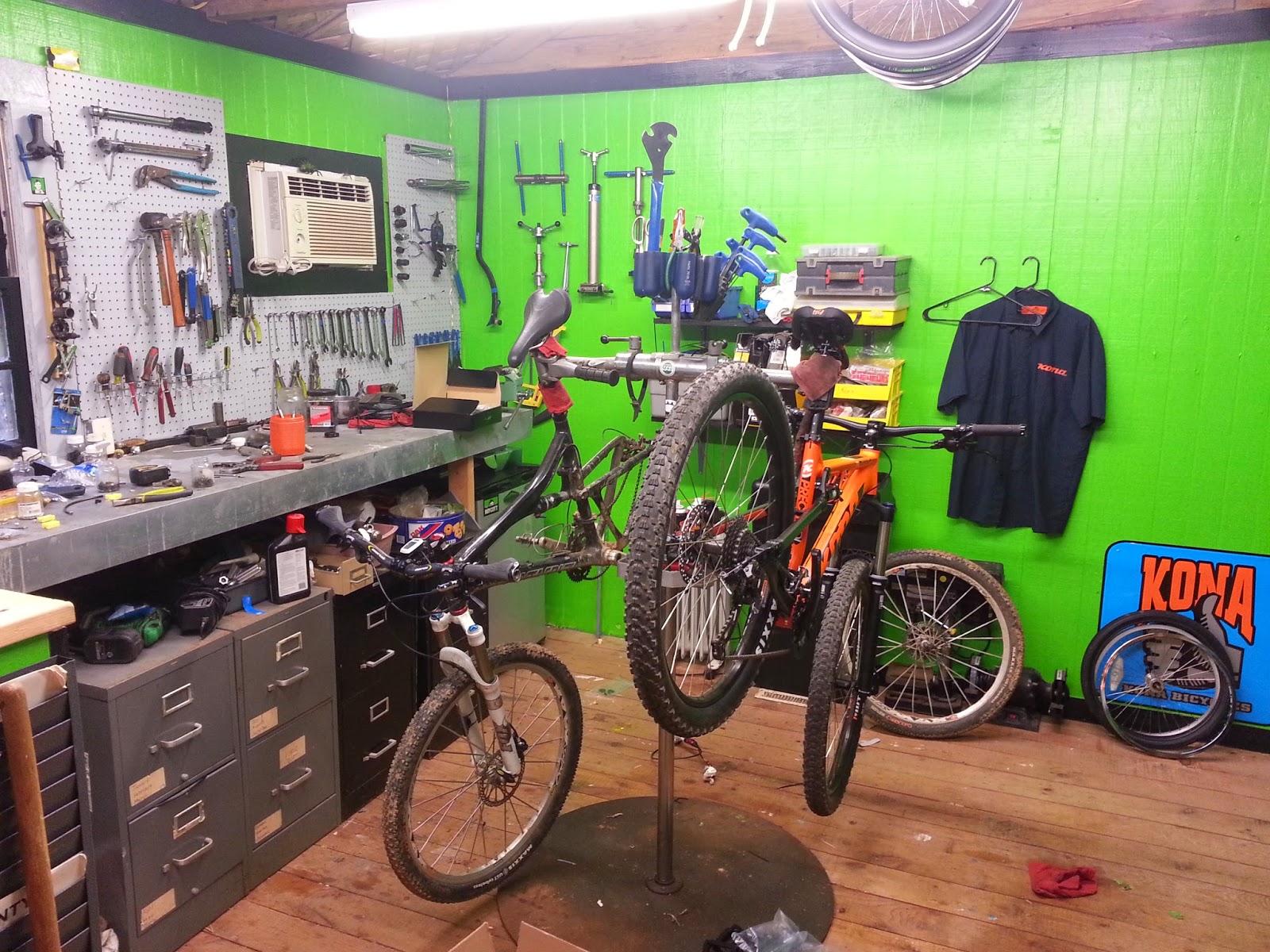 Walk in, hang out, and don’t feel like you have to buy anything (but, you should.)  He’s happy to help with repairs, parts, new bikes, demos, and even routes for some awesome rides in the area (mountain, road, or even gravel if that’s your thing.)  It’s the kind of shop that you can hang out in, have a beer (it’s legal across the street from federal land), and listen to some music playing over the sound system.  They have inventory from a wide range of bike companies, but the ones that really stood out to me were the local ones. 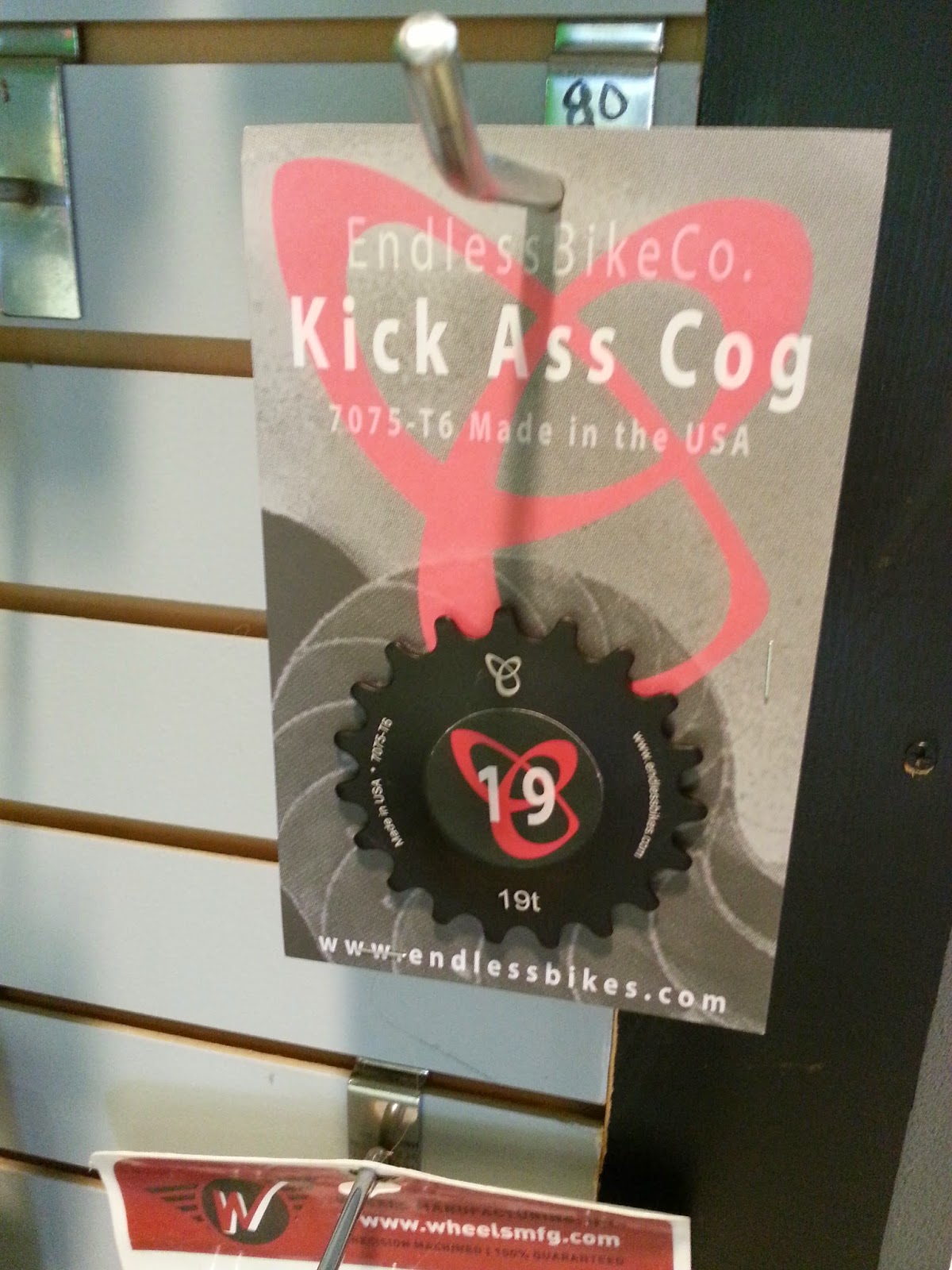 And DeFeet, just down the road in : 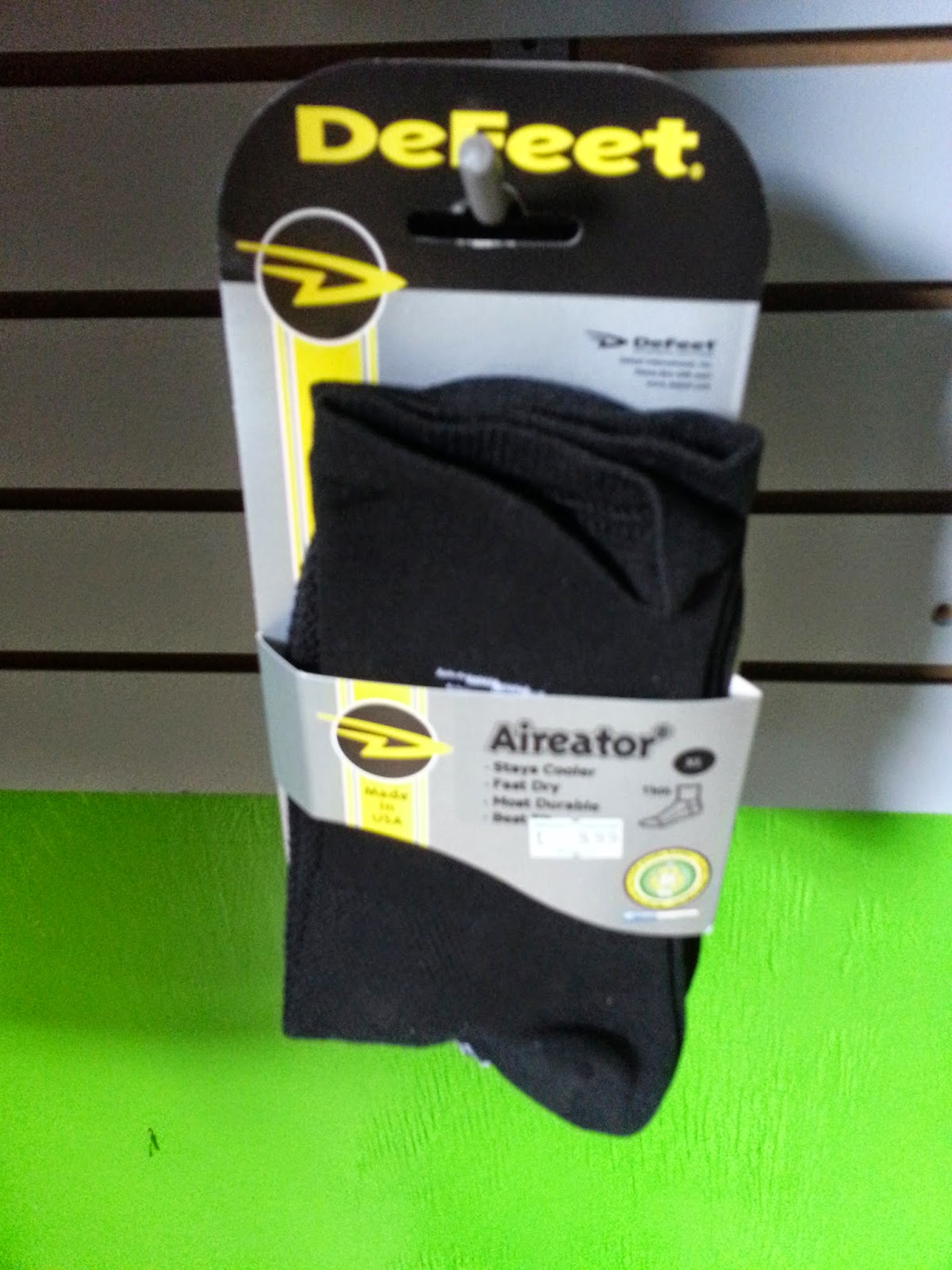 To me, that says a lot about a shop here in .  But maybe I’m a little biased.  Whatever.

It’s not a bike superchainstore or anything phony like that.  It’s a real shop run by a real bike rider and it shows.  You know that character I was talking about?  It’s right there.  Bike shops like this are few and far between, but this is one of the good ones.  People drive from all over the state (and beyond) to ride the trails in the area, and now there’s a cool shop right there to serve their needs.  It’s worth a stop if you’re in the area for sure.

Besides, you won’t want to miss Sad Eagle out front, leftover from the building’s previous life as a museum. 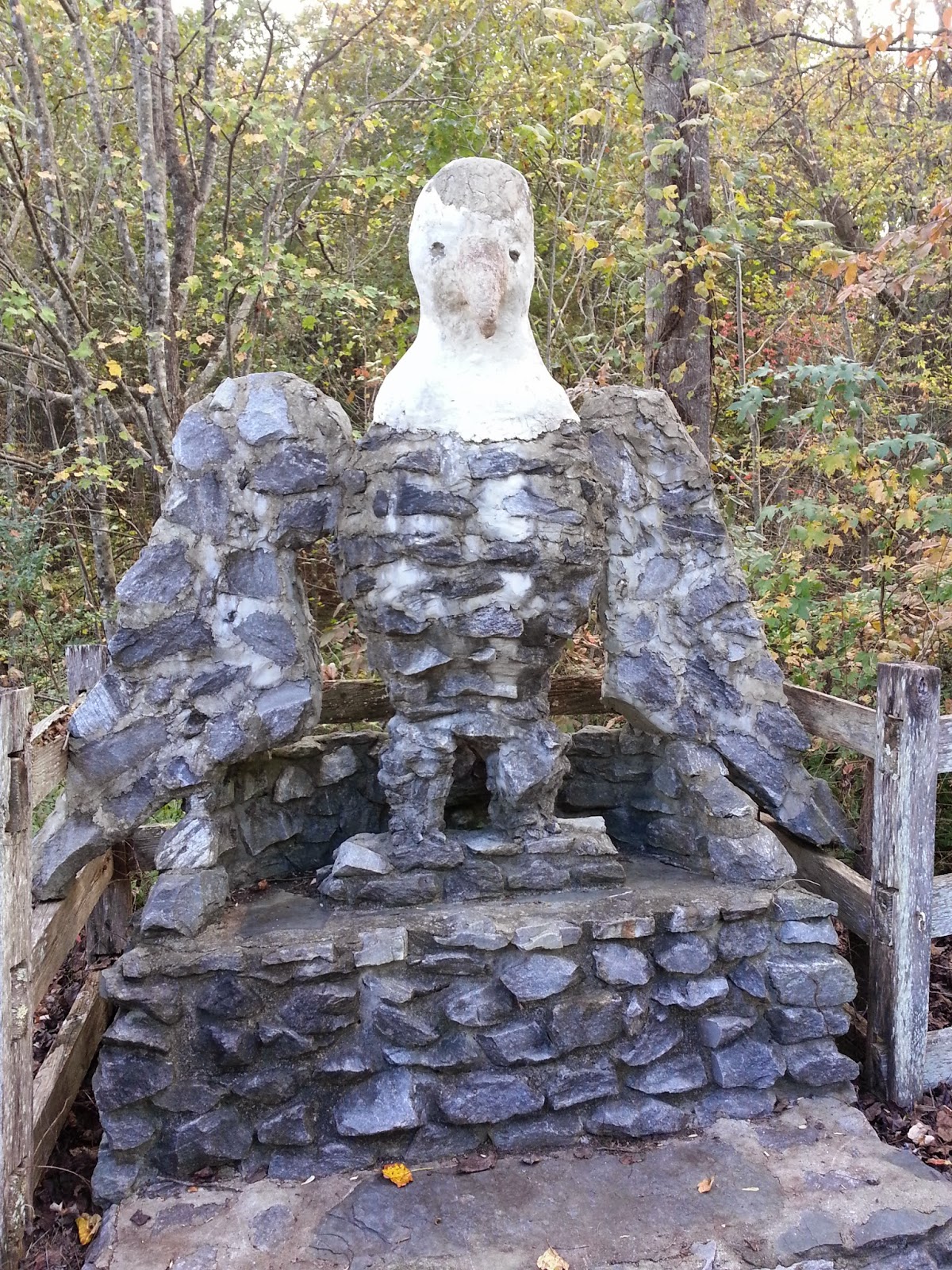 Sad Eagle is sad.  Stop by and cheer him up. 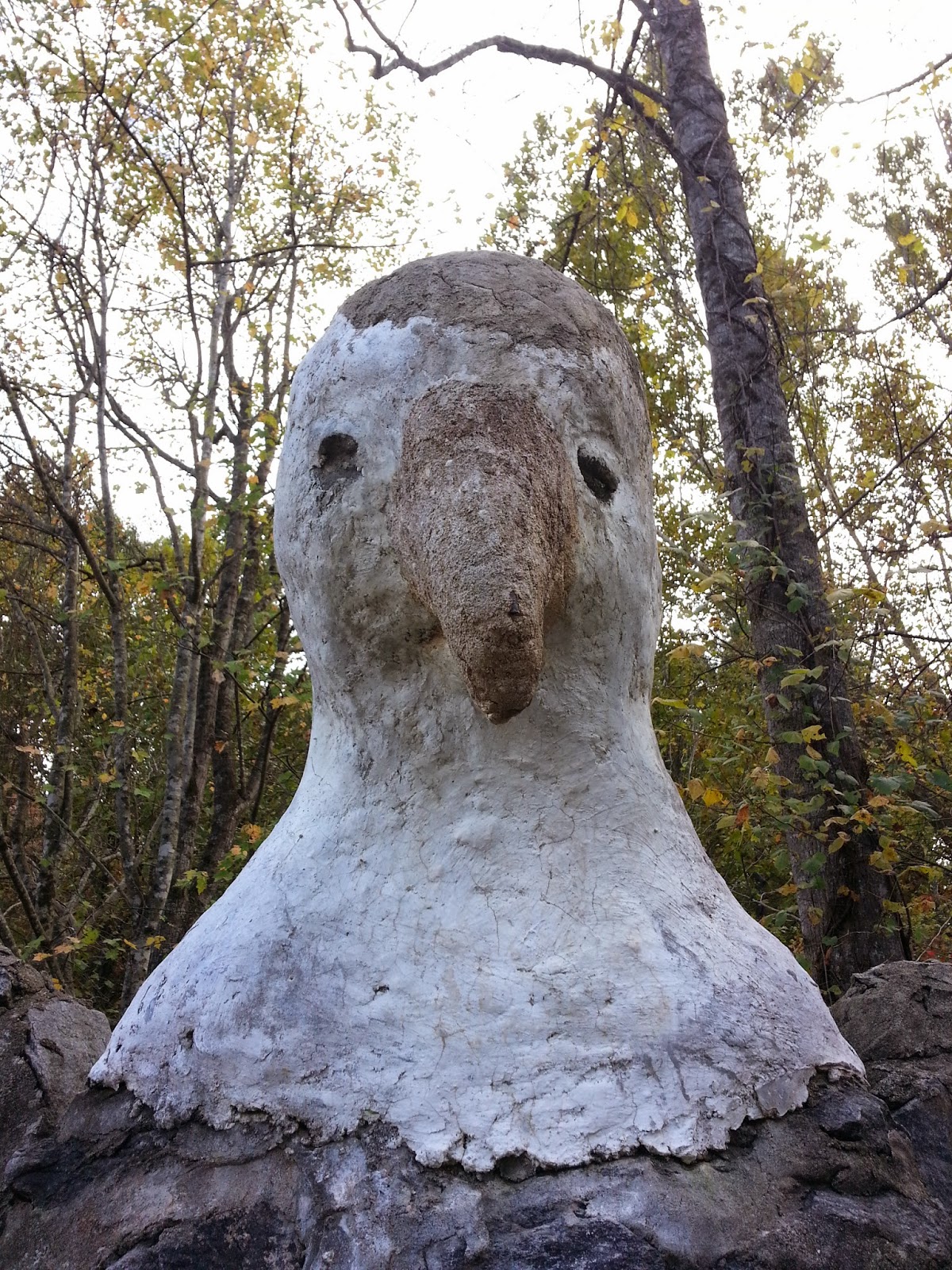 For realz though, this place is awesome.  If you stop in, tell them I sent you, and ask for the “special” tour.

Or it could be something I made up.  I imagine things sometimes.
Posted by TheMutt at 8:50 AM