Not A Race Report

But I was at a race and I’ll talk about it.

The Wilkes 100 kicked off Saturday, and I camped in the hills all weekend to volunteer.  Happy to help, I got up on a cold morning and met with the racers before the start. 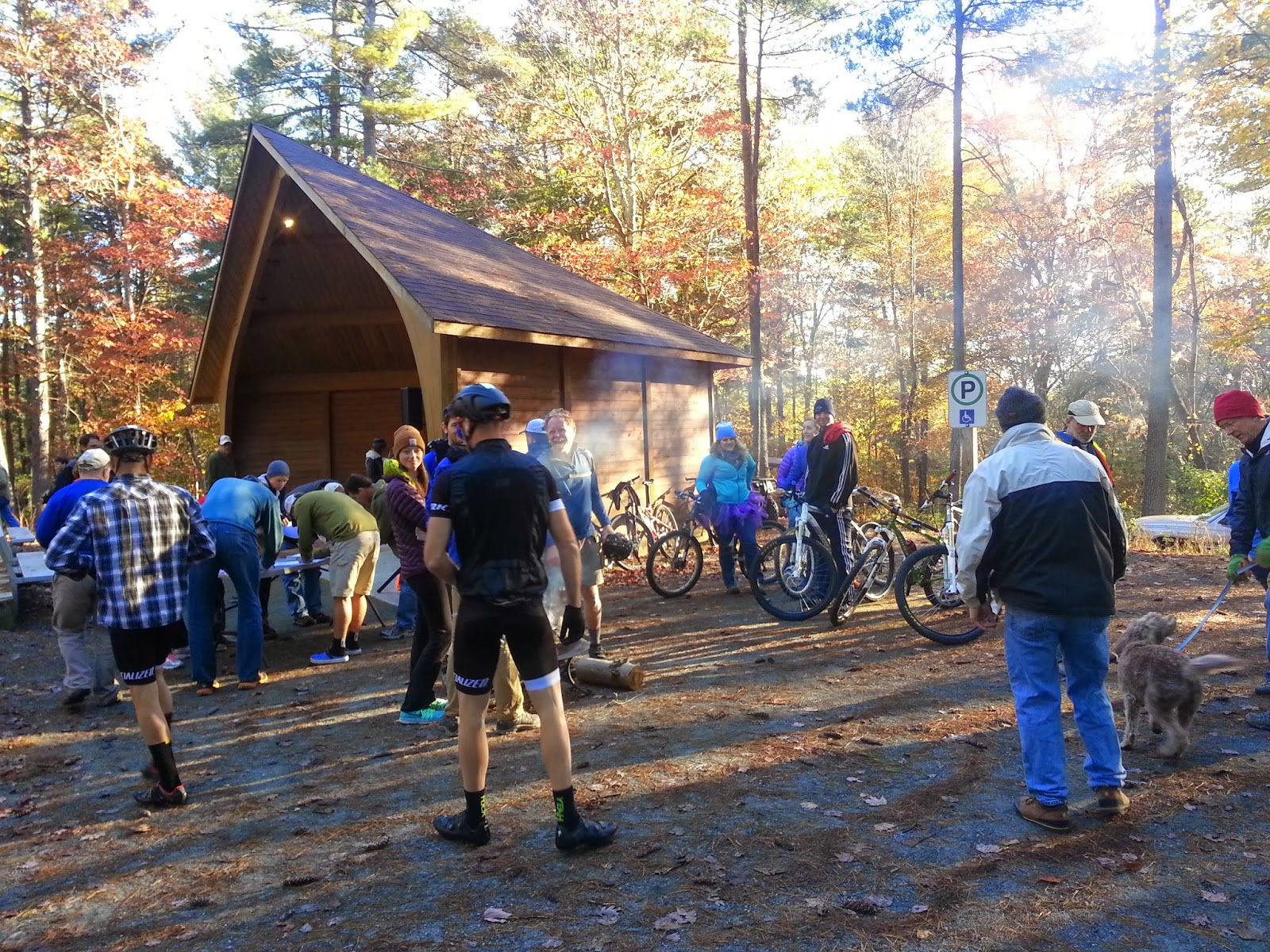 The usual crowd was there, including Dicky, looking so ready to race that everyone else should have been worried. 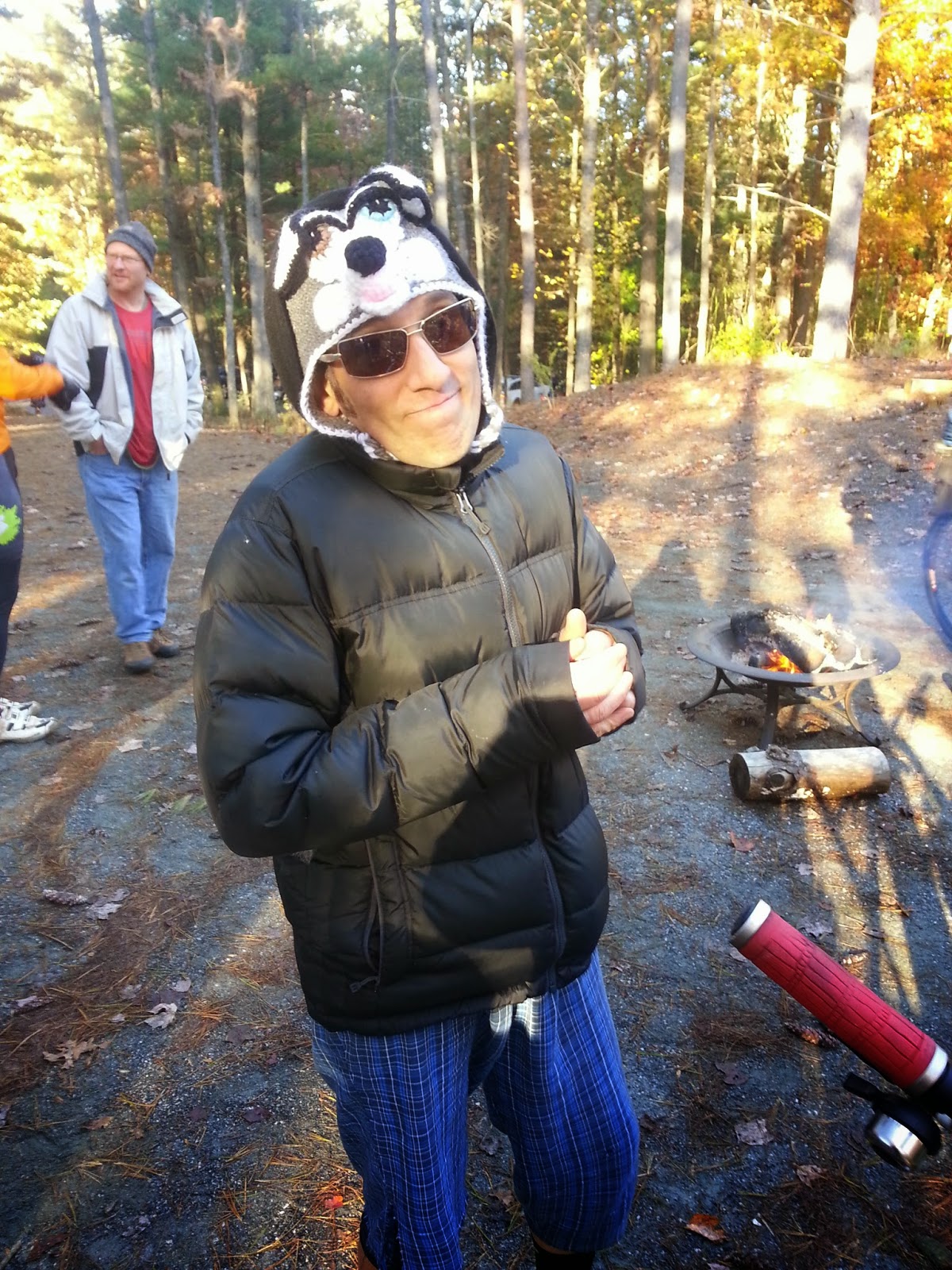 Conspicuously absent was Watts (who was probably still stuck on the side of the road on the way to SSCXWC14), but he sent one of his minions. 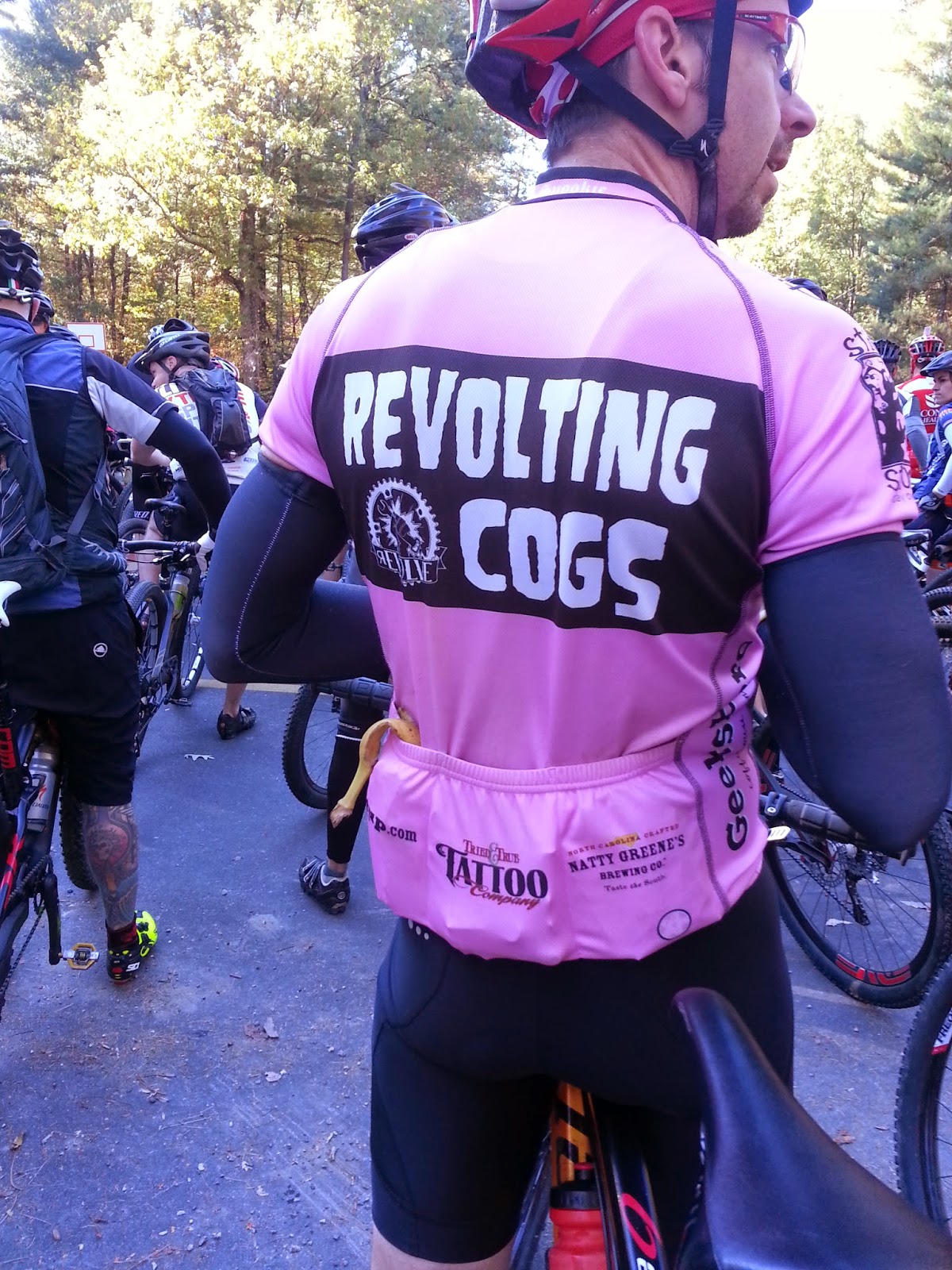 I was assigned the task of running aid station number three, about forty five miles (I guess) miles in.  I had plenty of time until the first racer came by, so we hung around to watch the start.  It was a sight to see. 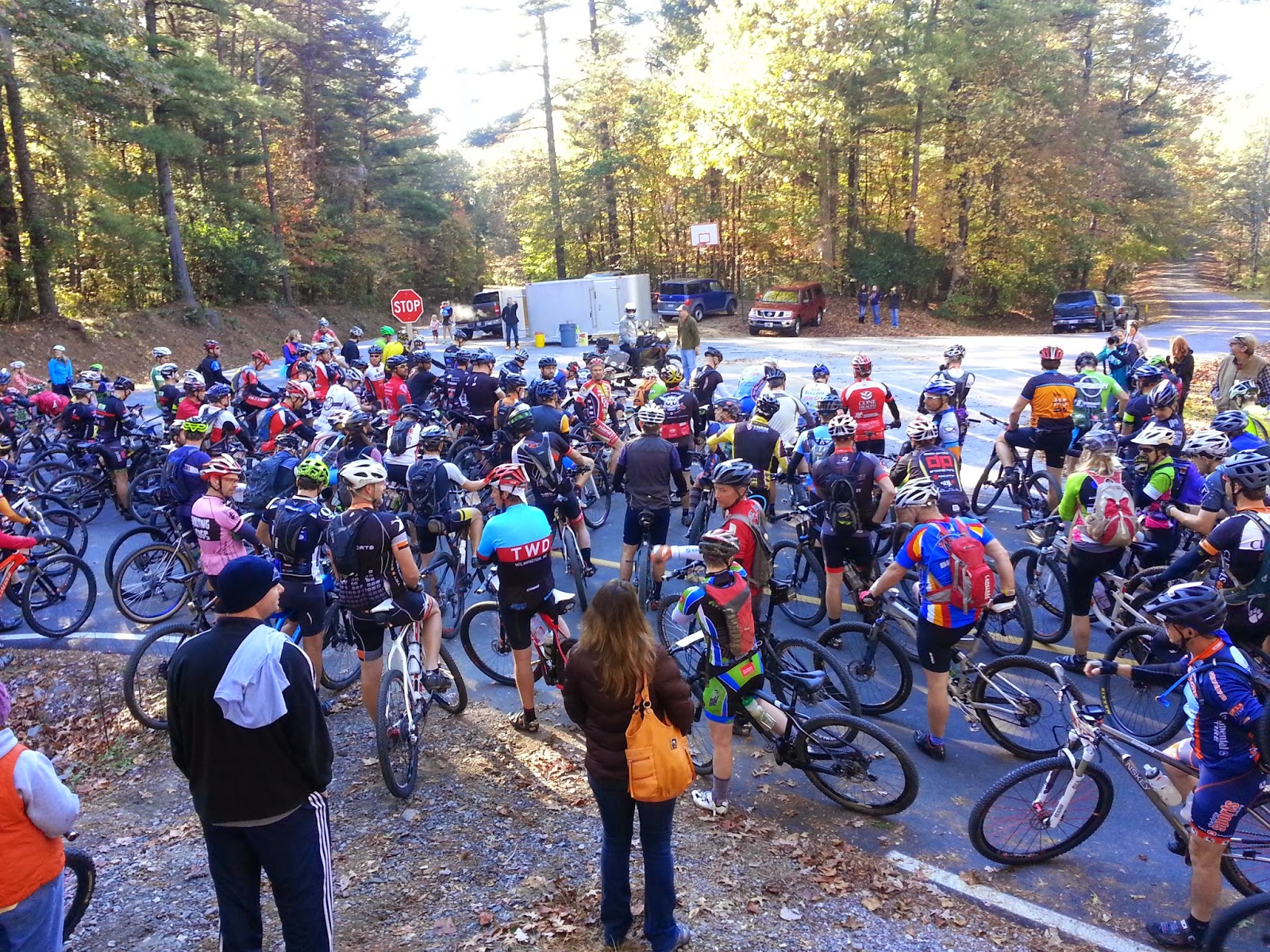 A few minutes later, everyone disappeared down the road.  With several hours to go, I headed back to camp and gathered my stuff to go back to the rest area.  I made sure to make a “motivational” sign for my friends out there racing. 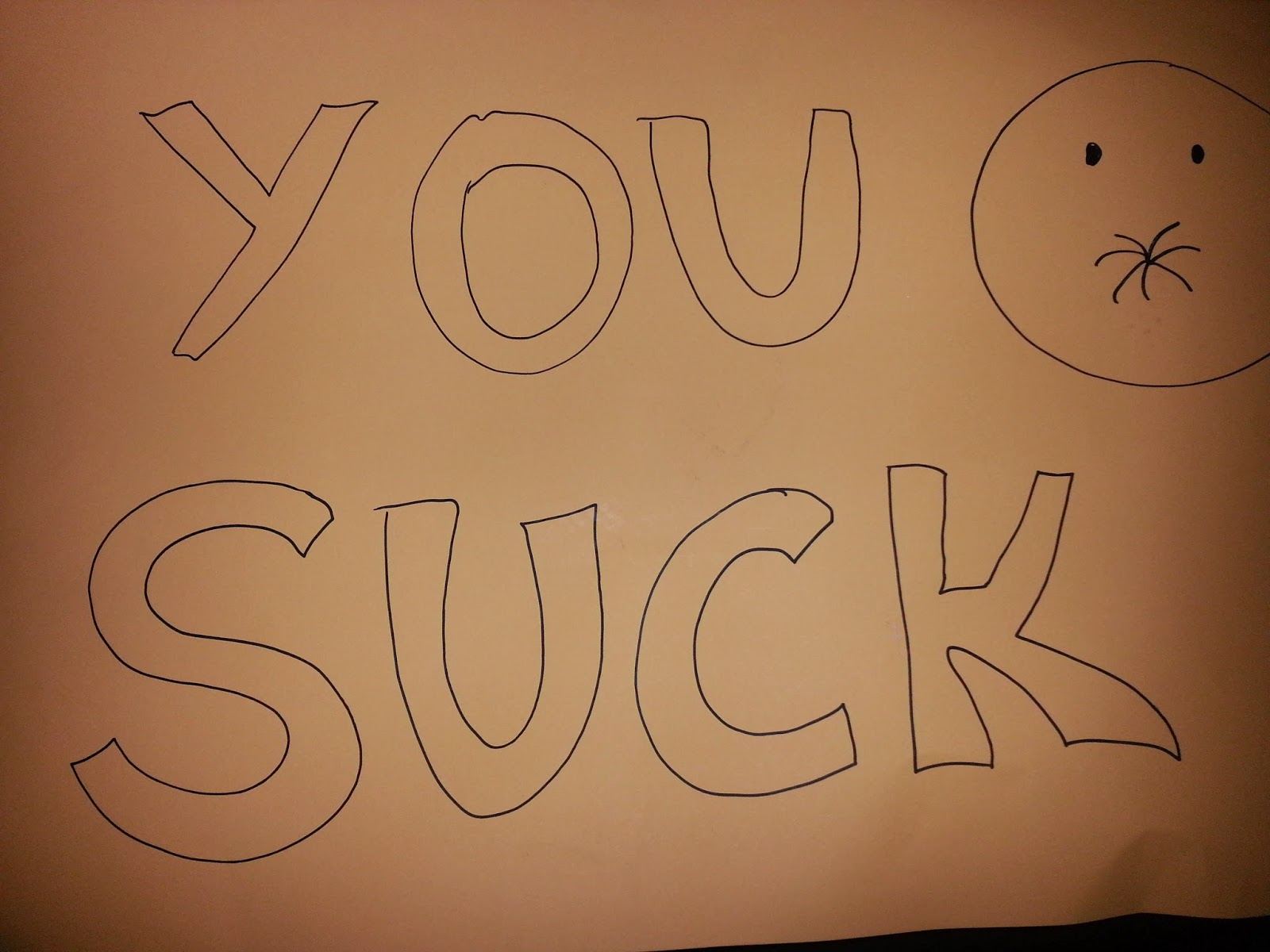 The rest stop was setup in no time, and it included water, food, and drop bags. 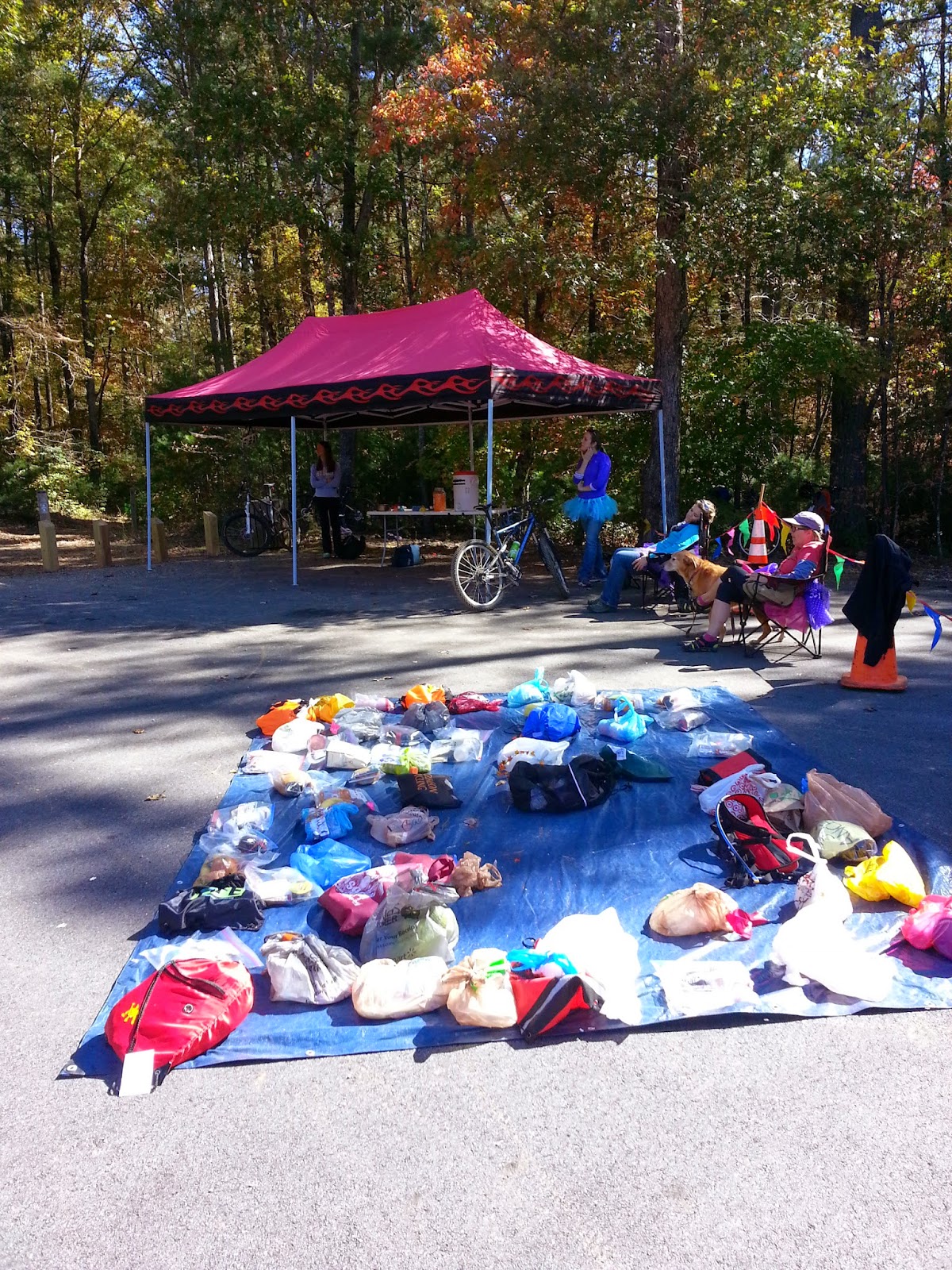 We still had plenty of time, and luckily we were right next to the new pump track out there. 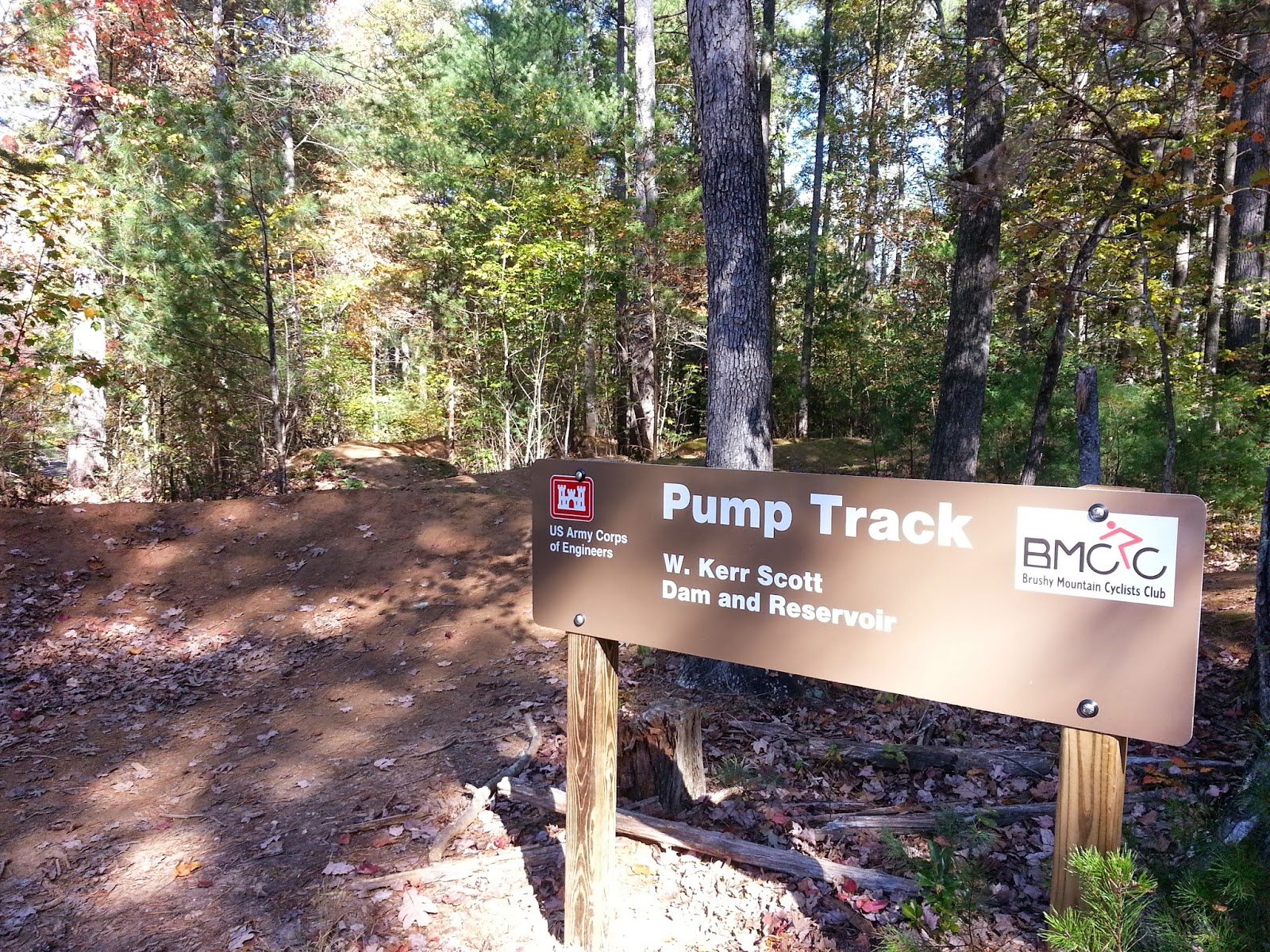 We rode the shit outta that thing until we had to work. 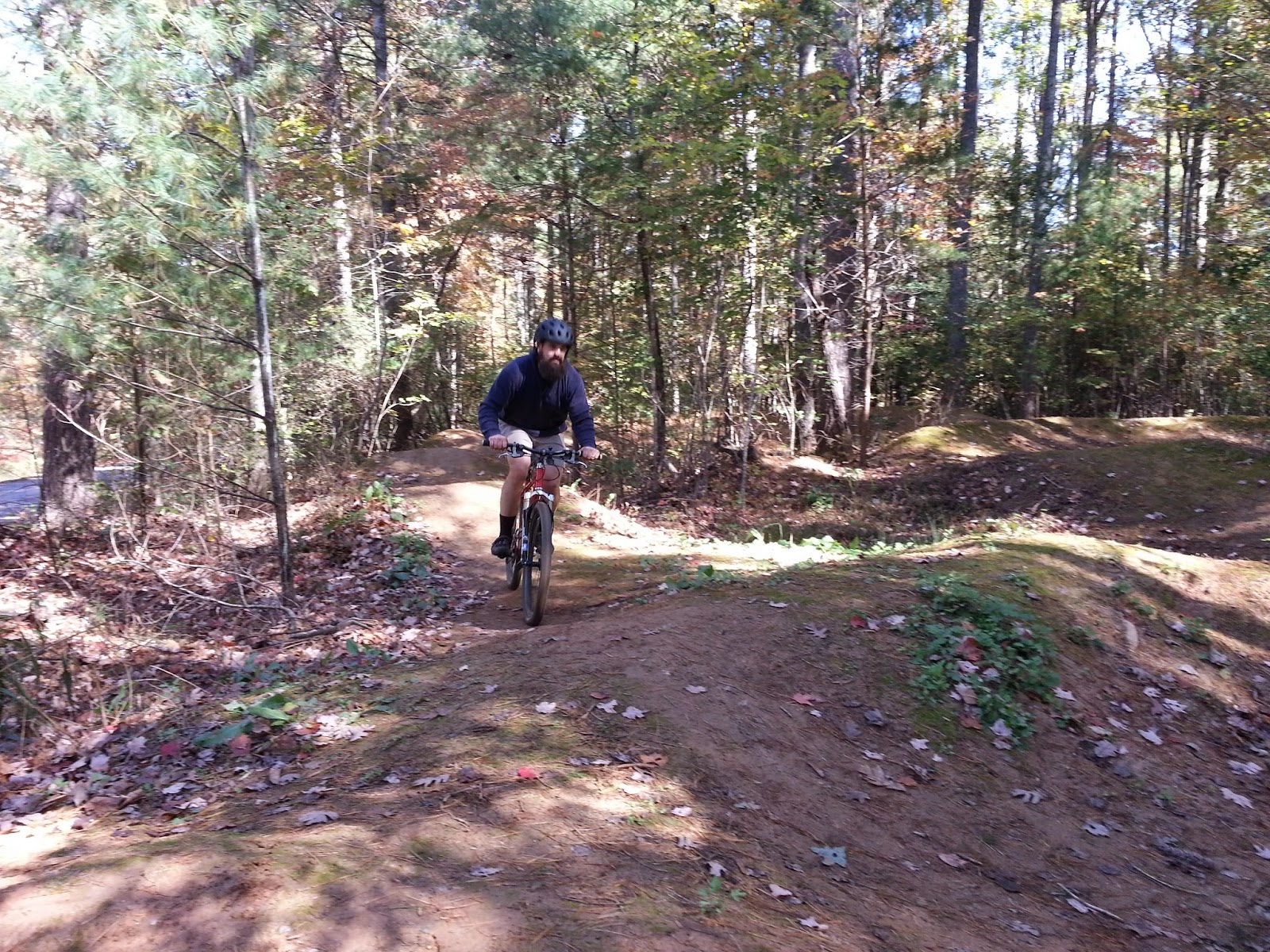 Quite a few hours later, a couple of racers started coming in.  We got busy, filling water bottles and yelling out words of encouragement.  Some of these guys looked as if they hadn’t raced a mile, while other looked like they were about to die.  Dicky was somewhere in the middle of that. Kurt (from Faster Mustache), was hurting and sat down for a while in my Maxxis chair. 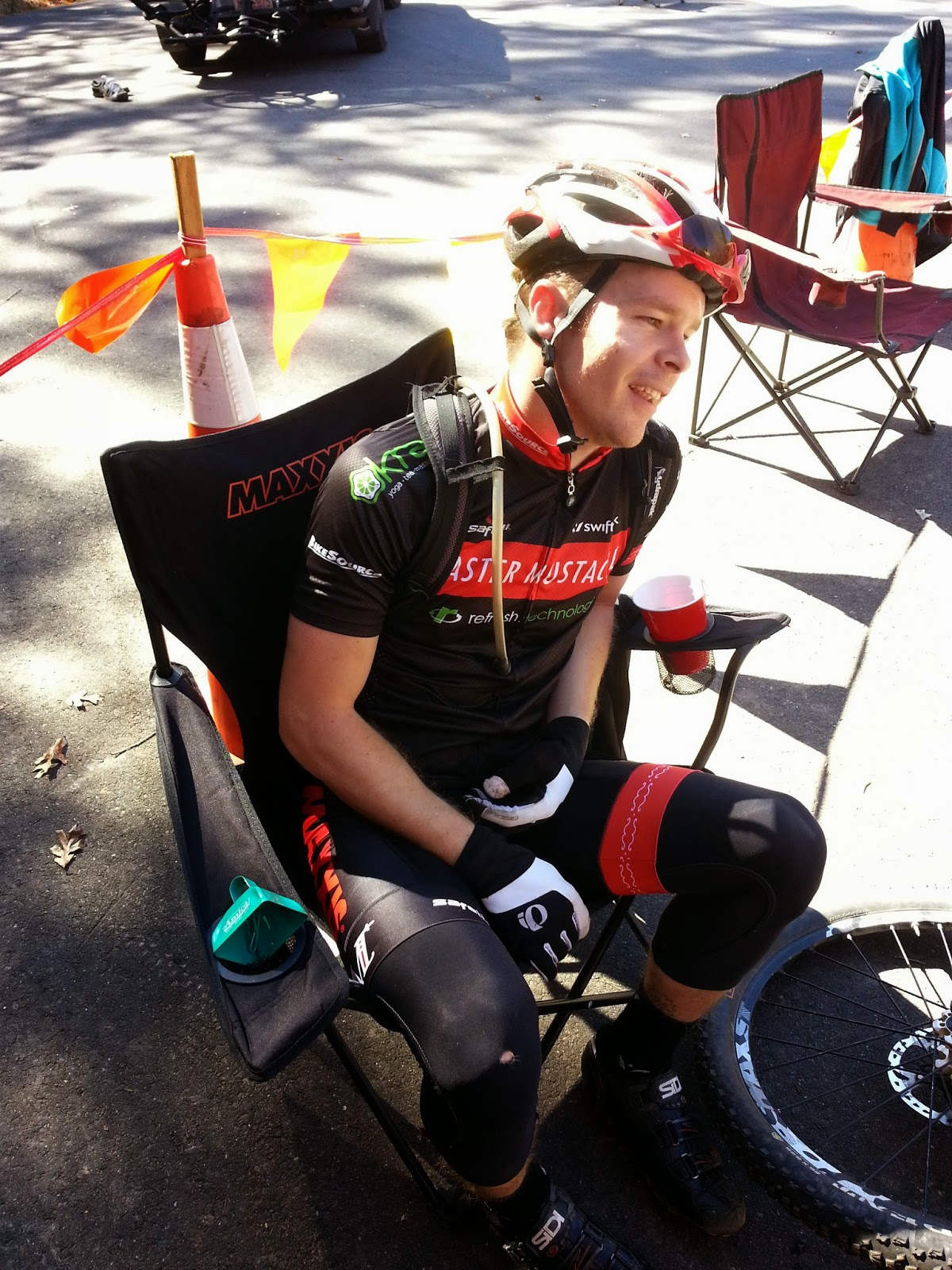 He eventually got going, no doubt thanks to our awesome aid station.

Next up was fellow DrunkCyclist Good Guy Greg, hurting like hell but happy to be so far along. 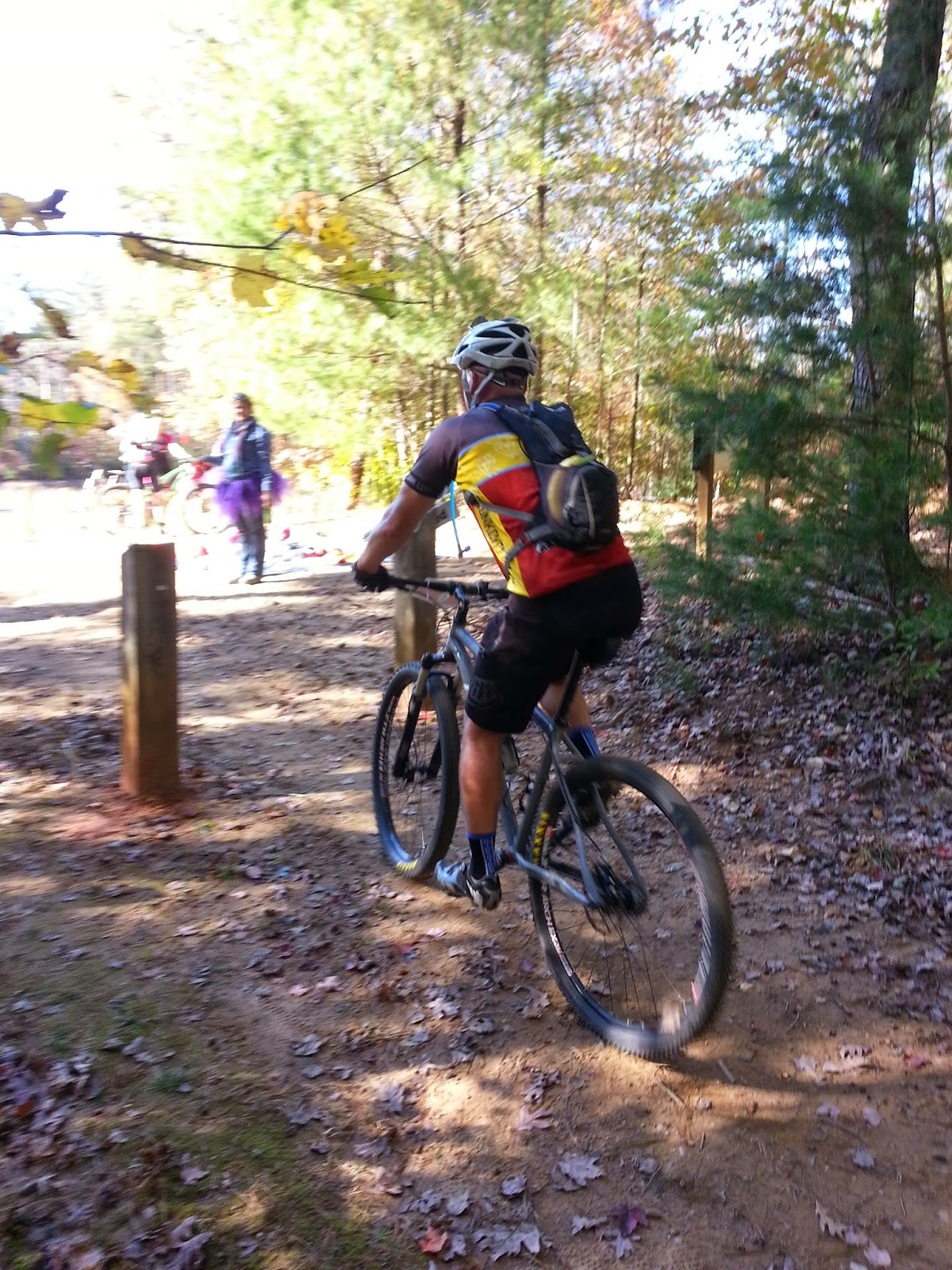 Word around the campfire is that he helped several people with mechanical issues, even while suffering a few of his own.  That’s rad.

People came in here and there, some in groups and some all alone.  It was a sight to see, and we were happy to help them.  Friends, people I didn’t know, and some I may have seen somewhere before thanked us for helping and we thanked them for being out there so we could have a good time.

We did have a good time.  A whole weekend of being in the hills with a race in the middle.  As much as I wanted to “race” alongside my friends out there, I was glad to be a part of something better.  I like to help.

And yeah, I’ll probably be talking about my weekend adventures for the next few days.  It’s what I do.
Posted by TheMutt at 9:09 AM

Email ThisBlogThis!Share to TwitterShare to FacebookShare to Pinterest
Labels: not racing, volunteering, Wilkes100