It’s been no secret that I’ve been pretty stressed out lately.  And as usual, I was looking forward to the weekend.  The plan was to grab Little Miss Sunshine and head to the hills for some rad mountain biking, beer drinking, and early leaf peeping.  However, the weather had other plans.  It was raining, and that would continue throughout the weekend (and this week too.)

I suddenly found myself without plans.

Sitting around Friday evening I briefly considered heading to the hills anyway.  Figuring that I wouldn’t have a good time in the cold rain, I quickly realized that the alternative would be to sit around and work on bikes all weekend.  This did not please me.  And no, I never even considered traveling to Richmond, VA to drink and watch a bunch of roadies race around town.  Then suddenly I remembered there was something I wanted to do.

There was a family reunion scheduled for this past Saturday, and never planned to go because my old employer had me scheduled to be on call that weekend.  That wasn’t the case anymore, so when I brought it up to the little lady she was all for it.

“But it’s almost a seven hour drive to Kentucky.”

“So what?  You like to drive.  Besides, you need to go meet the other side of your family.”

I’ve mentioned it before, but I really dig my family history.  Back in the mid 1800s, my Great (times four) Grandfather came to this country from England and settled in Manassas, VA.  That’s why I still have so much family up there and also why we still visit every year.  However, some of the famly split off and went to Kentucky and I’d never met any of their descendants.  We’re all related (which is the case with my last name), and my cousin Terry put together a reunion to try to get us all together.  So with points from previous hotel stays, I booked a free room in Georgetown, KY late Friday night and prepared to hit the road early Saturday morning.

Of course I put a bike on my truck. 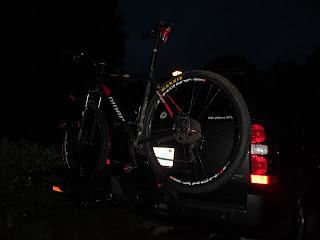 It was shitty outside when I left.  I hadn’t bothered to check the weather at my destination before I left so I was hoping that I was leaving this crap behind. 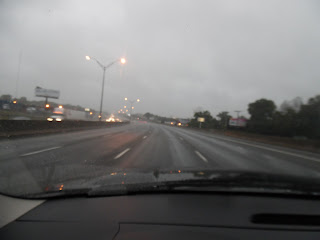 I took the usual route towards Asheville, hit Interstae 40 and prepared to ccross the mountains in the rain.  This included two tunnels. 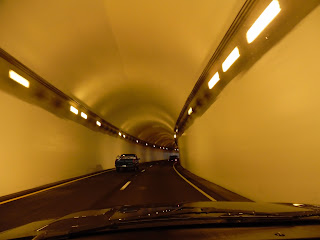 A few minutes later, I hit the Tennessee line. 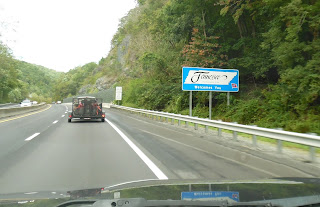 And the skies were beautiful. 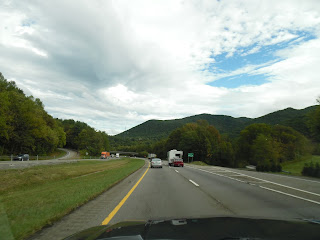 I didn’t stop too much, and less than seven hours later I was in Georgetown hanging out with family I’d never met before. 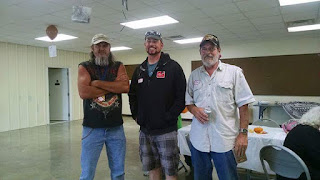 It was pretty awesome.  Two of my cousins made the trip from Manassass (yes, I know them), some from Cincinnati, OH, and some even made the trip over from England.  It was really nice to fill in the gaps on our family tree, talk about our history, and see lots of new faces.  Most of all, it was good to get away from my usual routine to do something different.

Sure, I brought my bike.  No, I didn’t get to ride that day.

I did on the way home though…

See y’all tomorrow.
Posted by TheMutt at 8:46 AM