Life got in the way.  Things happen.  I wasn’t here.  I had some other things going on and free time (i.e. blogging time) was hard to come by.  But lucky for you I’m back.

I guess I can do my best to get back to “regular” blogging, starting with catching up.  I know I have a lot of visitors here that don’t know me on The Facebook, so you either had no idea where I’ve been or you've forgotten about me all together.  That’s cool.  I get that all the time.  Anyway, in case you weren’t aware, Lunchbox had a shitty day not too long ago. 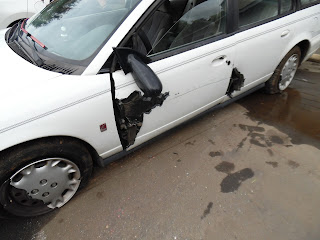 Long story short, he was on his way to work early one morning when a lady (not paying attention) tried to cut across two lanes to make a u-turn and side swiped him while he was driving at highway speed.  This sent him into the median and tore his little car the hell up.  He was uninjured somehow, but his car was totaled.  He loved his car and was really sad about the whole thing.  The hard part was yet to come.

We had to deal with her insurance (she was cited for "Failure to Yield"), and while they worked on the issue I drove a rental and let my kid use my truck to get back and forth to work.  I knew that his little car would never make it back to us so I spent the better part of a week and a half shopping for something new(er) for me.  This was by far the worst part (other than finding out my kid was in an accident of course.)  Instead of buying him another little car, I gave him my reliable truck (which is the one he used to learn to drive) and drove the rental until finally I found what I wanted. 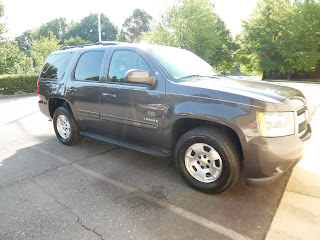 With my long legs I knew I needed another large truck thingy, and without the need for an actual truck I started looking for a big, gas-guzzling SUV.  The Tahoe fit the bill and I drove it home late last week.  Now I can take moar people along when I go places, which more than not will be mountain cycle related.  The kid is unharmed, he got a new (to him) truck, and so did I.  Everybody wins.

I broke the new vehicle in by taking a trip down to the Lowcountry over the weekend.  There was this big gravel grind event going on and I got talked into it.  I’ve never really understood the appeal of grinding or gravel, but the fact that it was being held in the swamp at night with plenty of beer was enough to get me to drive down there.

What the hell did I get myself into? 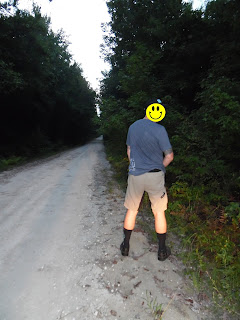 I’ll get into it tomorrow.