Although my trip to Kentucky was for a family reunion, I brought a bike “just in case.”  If anything, I figured I’d just ride it around town or something like that.  However, after a few searches on The Internets I found that there was a trail nearby (and on the way back home) that I could ride and not spend all day doing so.

Just a few miles south in Lexington, I rolled up to Veterans Park. 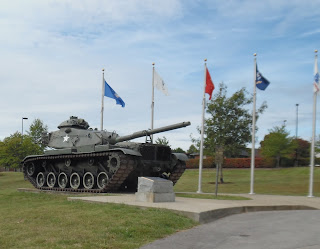 With only around five miles of trail, I knew it would be a decent ride and I would be able to have fun.  Honestly I didn’t care though, since all I wanted to do was pedal in the dirt.  I found a bluegrass station on my phone and hit the trail. 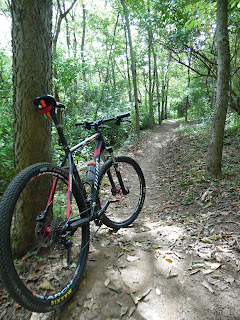 The trail was pretty fast and smooth with very little climbing (but somehow with a lot of downhills.)  Since it was so short, I stopped often to take photos.

And I even used the timer on my camera to get an “action shot.” 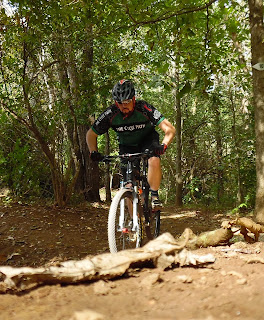 It was pretty fun.  But with little to no roots I was starting to get bored.  Luckily, I quickly realized that I’d been riding the “easiest” section and that there was another part with moar difficulty. 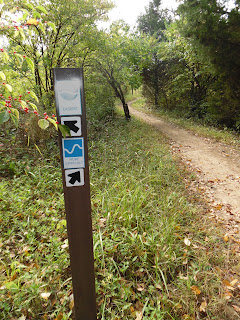 This part had lots of rocks. 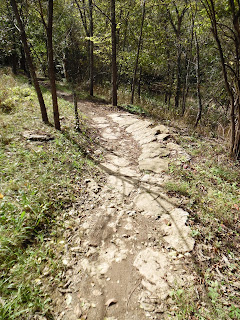 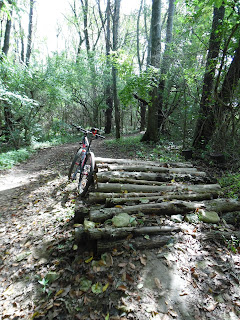 There were still lots of smooth sections though, but it was really fun this time around. 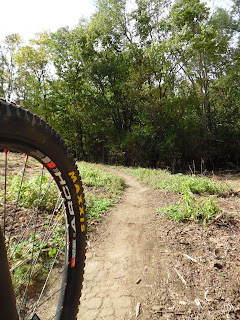 The way it opened up sometimes sorta reminded me of FATS down in South Carolina. 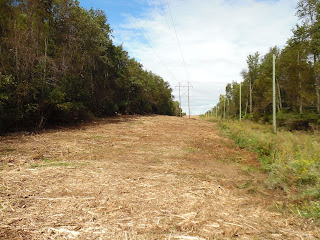 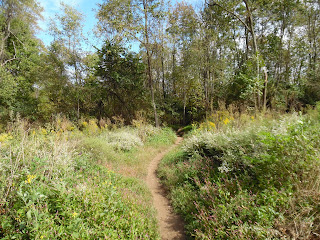 That was a good thing as it breaks up the monotony.  Just like the rocks. 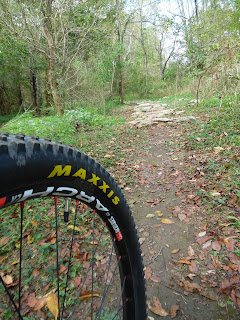 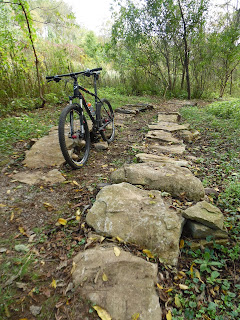 In all, it was a good ride.  The trail was fun, and prefect for someone like me just passing through.  It’s pretty easy to get around and not get lost, as long as you study the map at the beginning.  There were a lot of rules on it though. 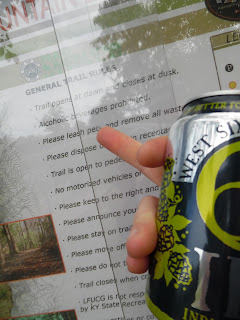 Rules that would not keep me from having a post ride beer, however.

I’m so glad I got away for the weekend.  Family, bikes, beer, and lots of scenery.  I just might start feeling “normal” again if I keep this up.
Posted by TheMutt at 8:26 AM