Saturday morning, I woke up feeling lethargic.  The weather was a little shitty (again), and I didn't feel like getting out on my bike for some reason.  I did however, feel like being around bike people.  There was this pretty big deal of a cyclocross race going on over in Asheville, so I figured "what the hell."  When I asked the little lady if she wanted to join me, she declined due to not feeling well.  She needed her rest I guess, but I started worrying about when I got there and the questions I'd get.

"Where's your better half?"

"Why didn't she come along?"

Luckily, Little Miss Sunshine had a solution.  Before I walked out the door, she pinned a note to my jacket for everyone to read: 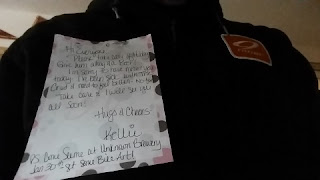 As a grown ass man with a note pinned to me, I took off for the hills.  It rained off and on, and the when I got closer I wondered if I could stand being out in that shit all day. 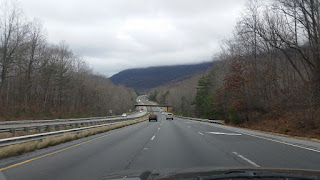 I made a quick stop at the store to get some uh, provisions to make the dirt roadie watching moar fun. 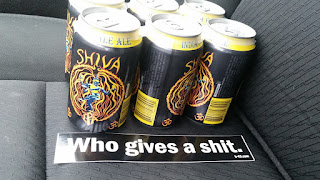 Finally, I arrived at the beautiful Biltmore Estate.  It's quite pricey to get in, but a little cheaper just to watch the races (and not tour the estate.)  I even got a fancy wristband. 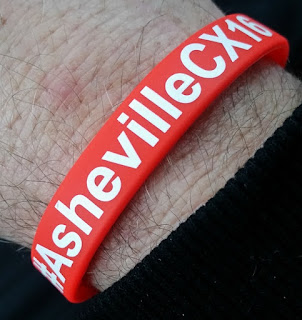 When I arrived at the venue, it was massive.  The course looked kinda cool so I started walking around.  The first stop was the Maxxis tent where I ran into lots of people I knew (and got hugs and beer because of the note pictured above. I eventually moved on, making new friends along the way. 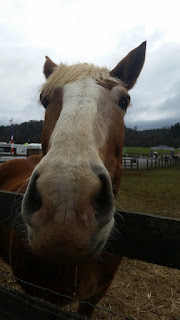 What a cool dude.

Oh yeah, I watched a little bit of racing... 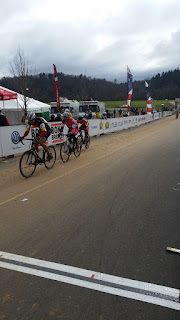 My next stop was the DeFeet tent ,where I "worked" a little but mostly shot the shit. 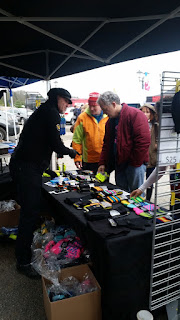 This is where things got fuzzy.  I was led away to another tent with more people I knew.  Mostly local folks, with the exception of Thom Parsons, who was there to cover the race (that's what he does, you know.) It's been awhile since I'd seen him.  It was good to catch up.

Some of us proceeded to DRINK ALL THE BEER, emptying the cooler before we were almost kicked out. 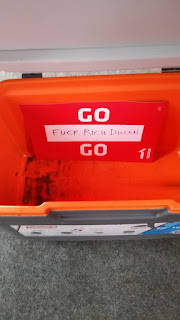 After we closed down one party, I got invited to another.  The #cxnats16 afterparty at a local bike shop.

I made moar friends: 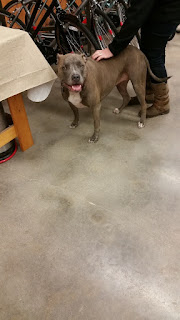 And beer was spilled: 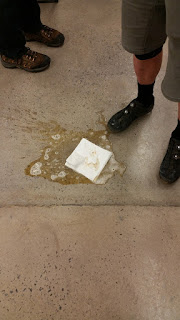 And I ended up with a photo of Dicky, Barlow, and Adam Myerson for some reason: 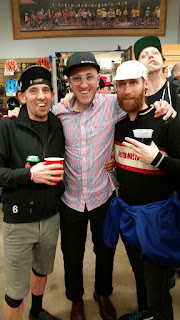 It was a good day.  I had beer, socializing, and even watched other people race bikes.

Email ThisBlogThis!Share to TwitterShare to FacebookShare to Pinterest
Labels: beer, cyclocross, not racing