This past weekend, I returned to my home state.  Yes, it's still home.  I was born and raised in Florida, even though the last ten years I've been here in North Carolina.  Who gives a shit.

It's a pretty easy drive down to the Santos Trail near Ocala and I made good time.  After stopping for some local beer while I was still near civilization (Jacksonville), I headed down through the middle of the state towards my final destination.  I was blasting Lynyrd Skynyrd on my stereo when the song, Four Walls of Raiford came on...

The timing was perfect, because I was near Raiford... 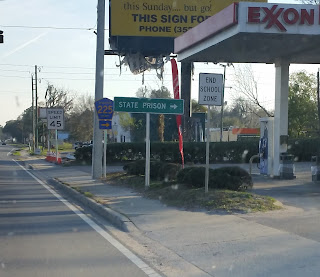 Of course I kept going, the song ended and something else came on.  I don't remember what it was but it didn't matter.  Before I knew it I was back in Central Florida among familiar sights. 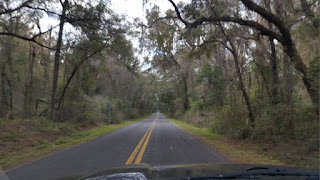 The sun had set and it was dark in the Vortex at Santos.  Still, I managed to find my Jacksonville peeps and hang out for a while.  Then I wandered around and found some Charlotte folks.  It was getting late though, so after a beer or two I turned in for the night, ready for a fun day in the warm sunshine.

The next morning, race day.  I walked over to registration to pick up my race number and stopped to check out one my new favorite things out there... 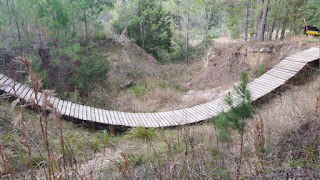 Then I stood in line with tons of other sleepy-eyed folks, eventually receiving my lucky number.  No, it wasn't lucky.  It was thirteen.  I quickly tried to counteract any bad juju by putting it on upside down, which apparently the rule. 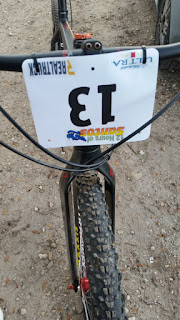 The worst part wasn't whether or not bad luck would ensue, but the fact that a shitload of people kept saying, "Your plate is on upside down."  I guess they just didn't get it.  Anyway, I felt like my day was already in the shitter. 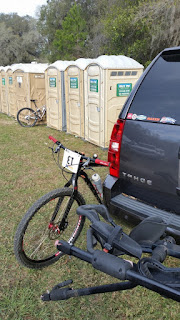 It was getting close to race time so I suited up.  I feel like maybe I'd been taking racing too serious the last few times so I decided to lighten things up.  I made my own kit. 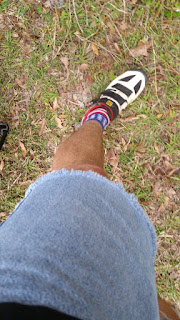 12 Hours in cutoff jorts?  You betcha.

We staged our bikes and everyone started heading down to the bottom of the pit for the Lemans start.  I was feeling sexy in my cutoff jorts and t-shirt.  The photographer must have thought I was sexy too. 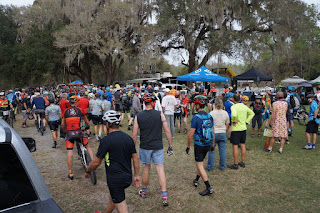 The race started, and we took off.  Well, we didn't.  I, along with some other folks, walked up the hill towards our bikes.  I'm not running just to hop on my bike and get stuck in traffic.  When I did start pedaling, I was ahead of some people and spun my ass off to pass a few more.  Here we go...

I felt good.  I was spinning like crazy on the flat stuff, but my heart rate was under control.  I ended up in a good group with a reasonable pace.  A few miles in, I was close behind three or four people when I heard them yelling.  Before I had a chance to wonder what it was, I felt a stinging pain in my stomach.

I had been attacked by a yellow jacked, wasp, bee, what the hell ever.  I kept going, but the pain was getting worse.  I fought through it and tried to concentrate on keeping my pace.  It was working for the most part, and concentrating on that made the lap go by pretty fast.  Eventually lap one was in the books.

Oh yeah, when I rolled through the start/finish line, someone else told me that my number plate was on upside down.

Anyway, I felt comfortable with my effort and settled in for a long day on the bike.  Half a water bottle consumed and my heart rate was under control.  My legs felt good and I wasn't breathing hard.