Too Nice Of A Day

Yesterday was warm.  I think it was a record high or something like that.  Temps near eighty degrees in February?  You betcha.  Everyone was enjoying the weather... 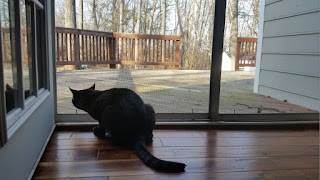 I actually wanted to just hang out at the house and enjoy it, but Lunchbox and I had already made plans to attend race number four of the Winter Short Track Series.  Instead of setting up all the heckle props though, I made a decision based on sad eyes that stared me down when I tried to leave the house.

I brought my little buddy along to enjoy the day with me. 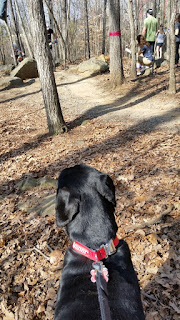 Carl loves going "bye-bye."  He also loves being out in public around bike people, because to most of those people he is quite famous.  Everyone loves Carl, and he loves the attention.  I'm glad we brought him, and not just because he enjoys it.


The Heckle Hill crowd was a little thin anyway. 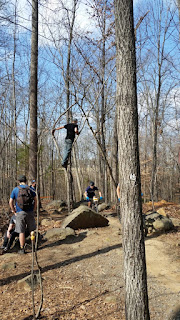 While we didn't setup our props, we made the best of it.  We cheered, heckled, and even drank beer (I did anyway) and had a great time out there.  And more importantly, Carl felt like one of the cool kids... 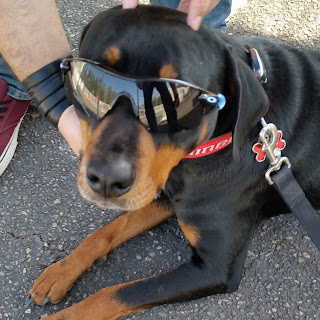 I figured that the crowd was thin because the usual people that join us at the rocks were out enjoying the nice day...on their bikes.  I didn't feel like I missed out on riding because I did that the day before.

I'll get into that tomorrow perhaps.

But for now, I'm glad that Carl had a great day out.