Friday night was the Spoke Easy 3rd Anniversary Party.  I was there.  Mostly because I like the crowd that hangs out there, but a good reason is that it’s walking distance from work.  So, I walked over there after I left my office, and started the party a few hours early. 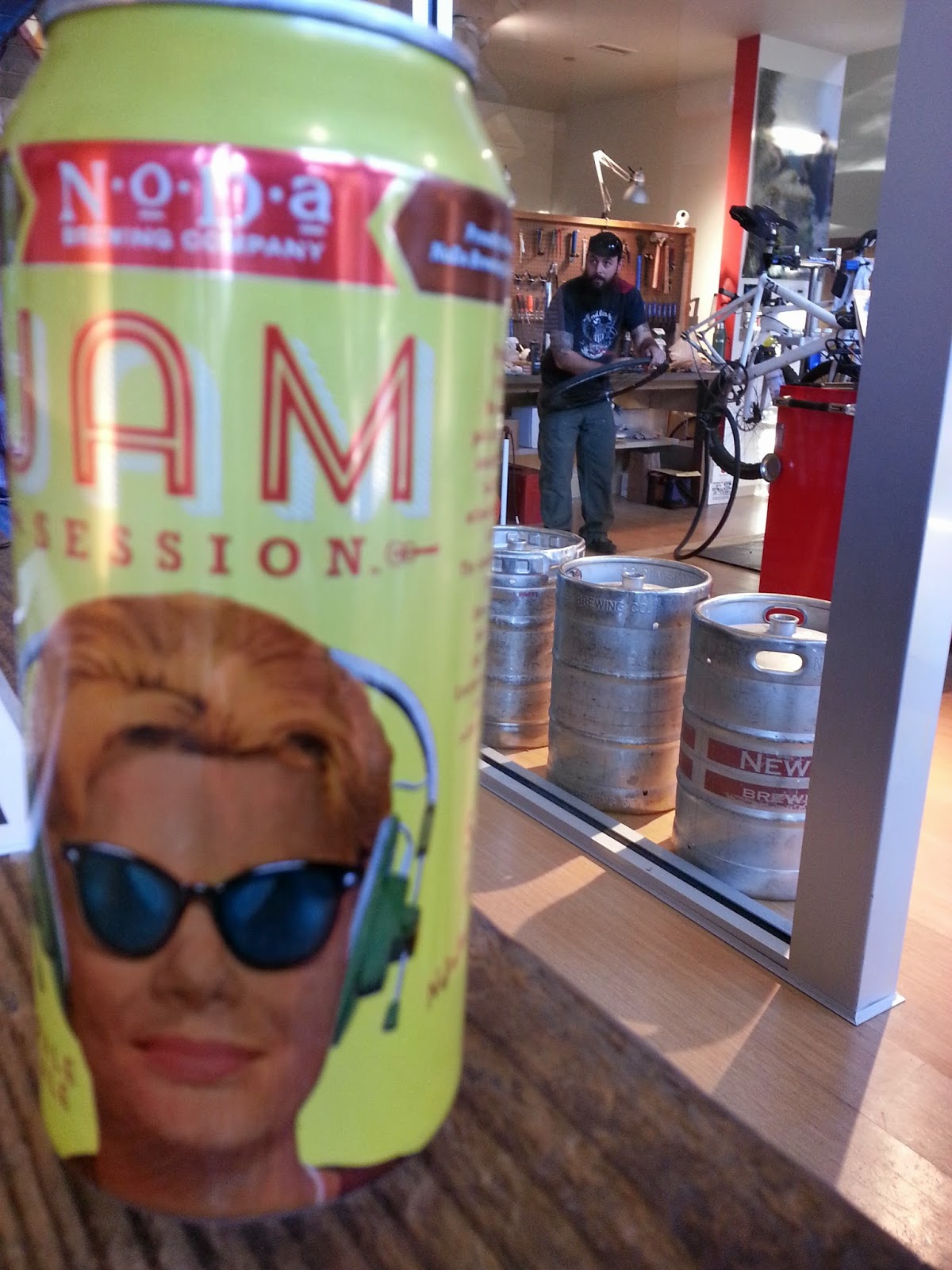 Eventually the little lady showed up, also walking there from work. 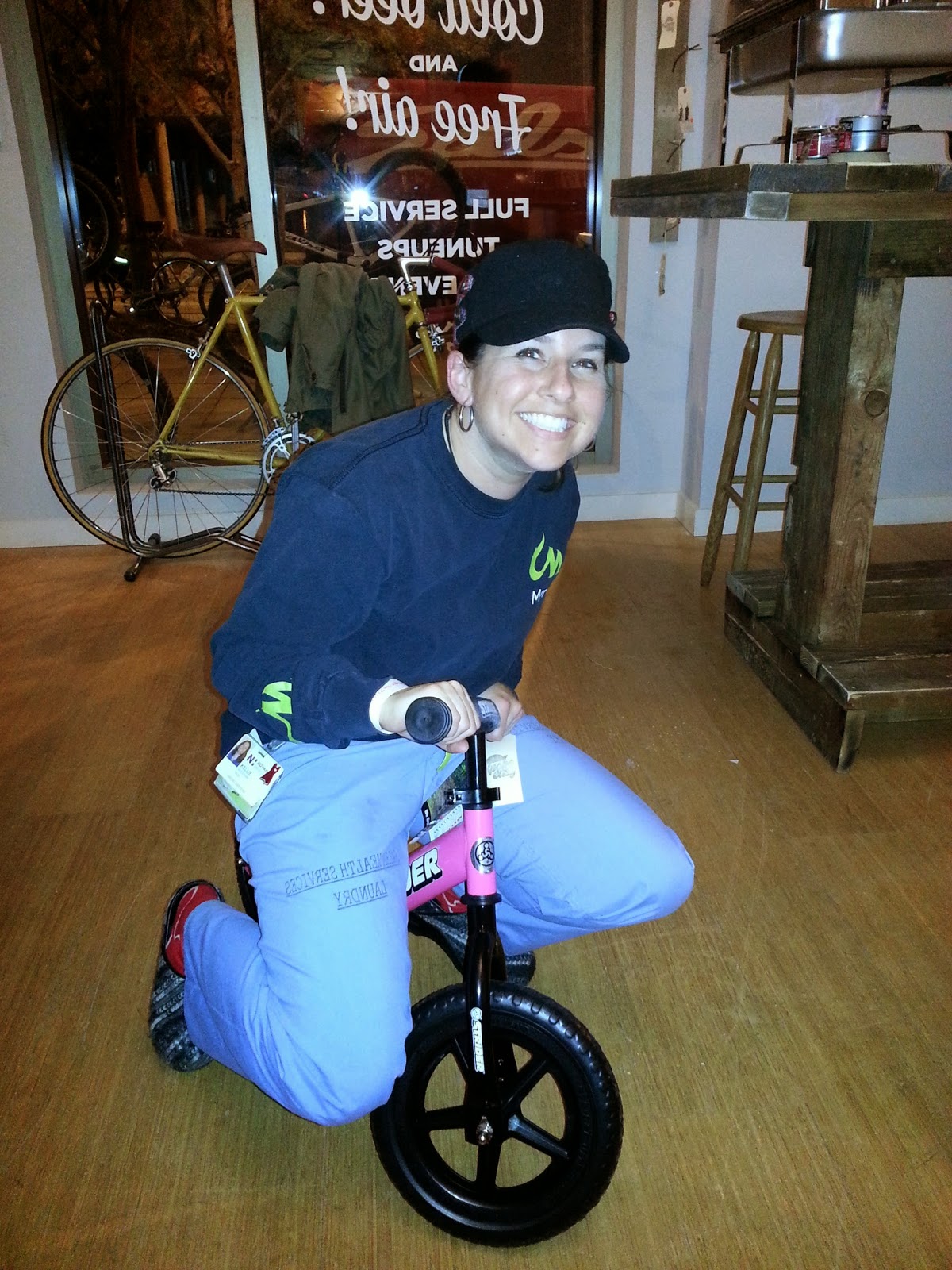 We were way early, but it didn’t matter.  It’s a cool place to spend time after a long day slaving away for The Man.  As the party start time inched closer, more people started showing up, including the man of the hour, Dicky. 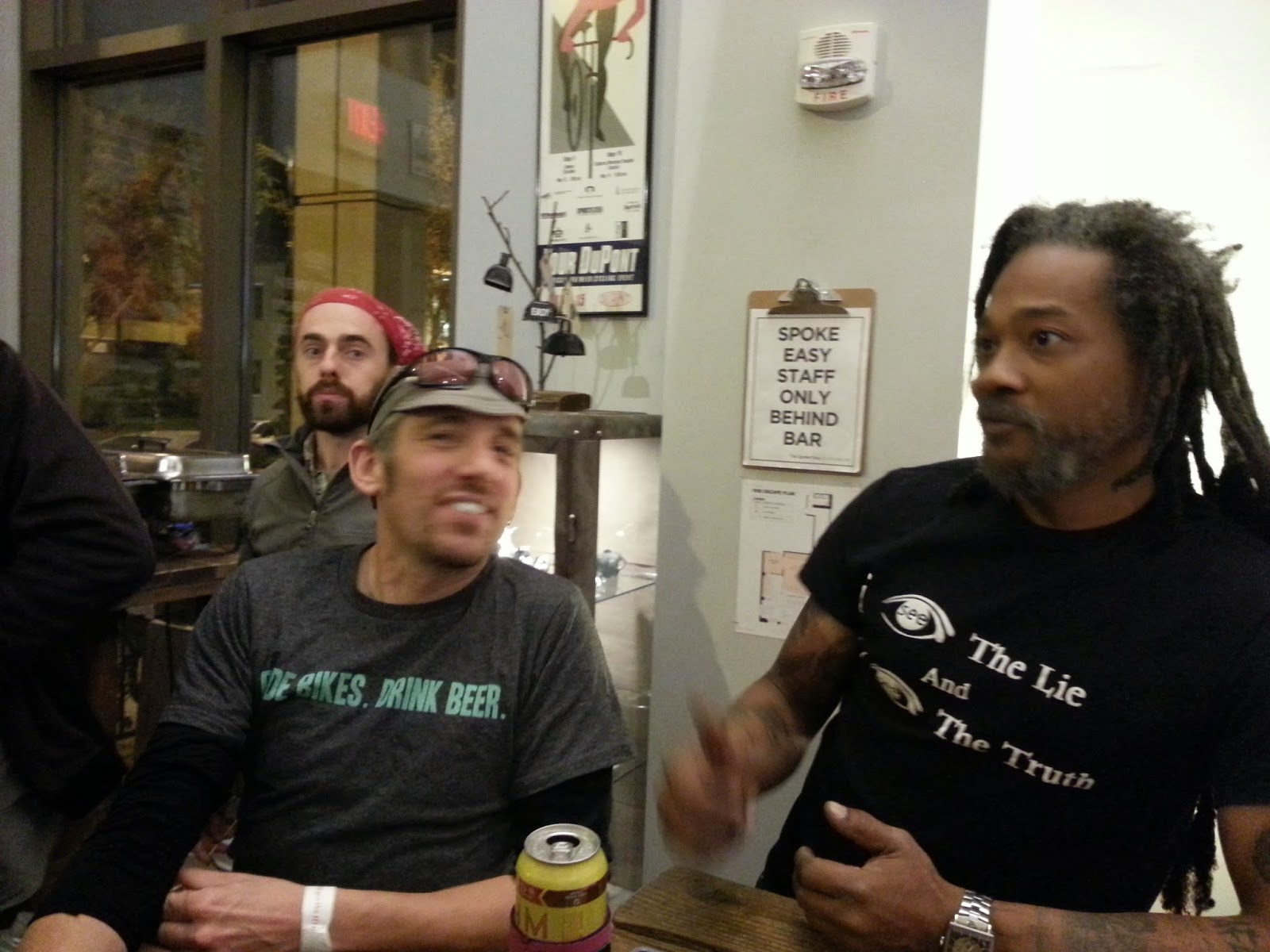 Even Mike Pierce and his wicked chops showed up again this year. 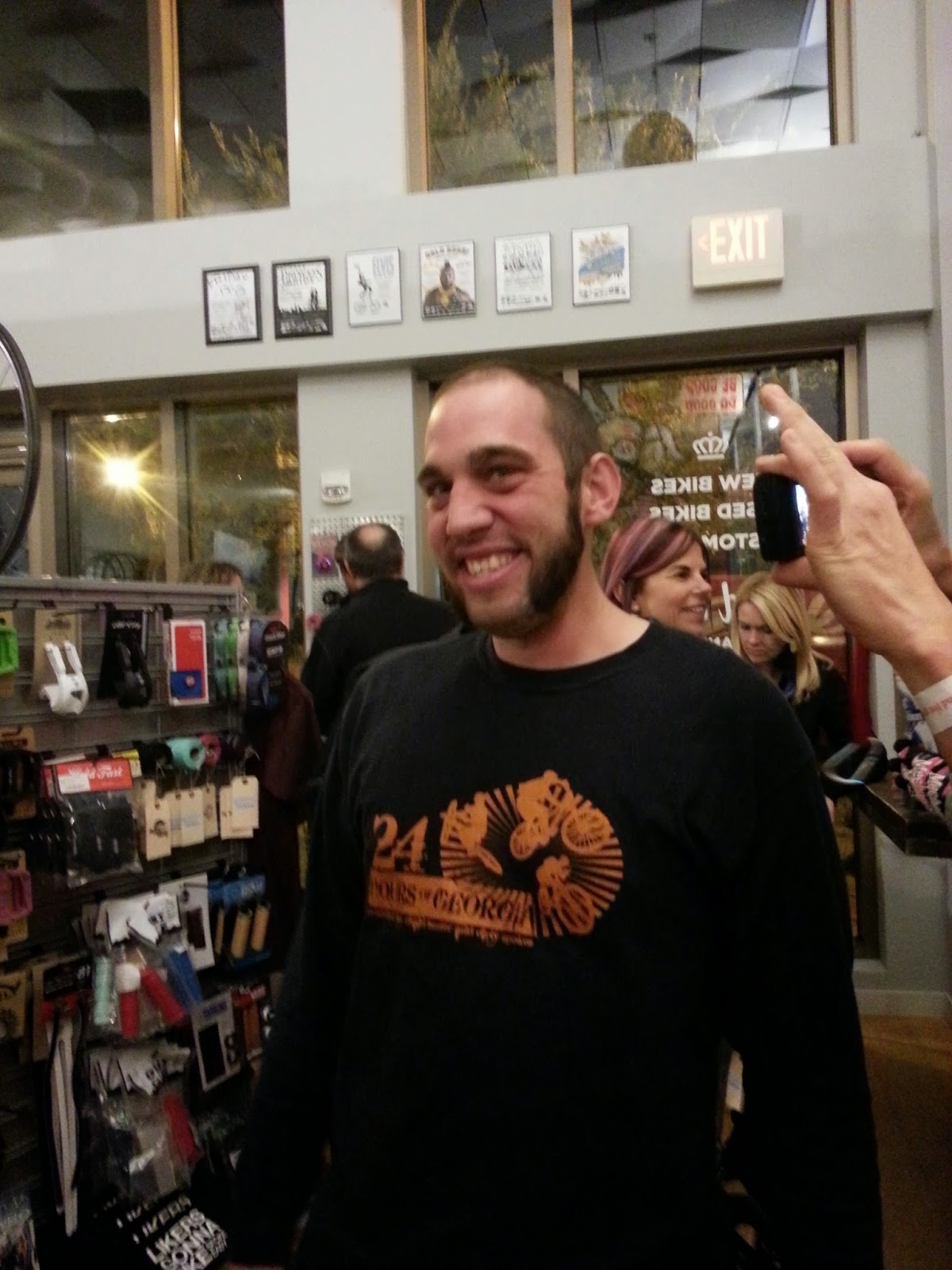 And rumor has it he made it home safe and sound this year.  I’m not sure if he drank enough.

Beer, music, shenanigans.  As the night went on there were bike games of some sort, but most of us stayed inside and watched Dicky take photos. 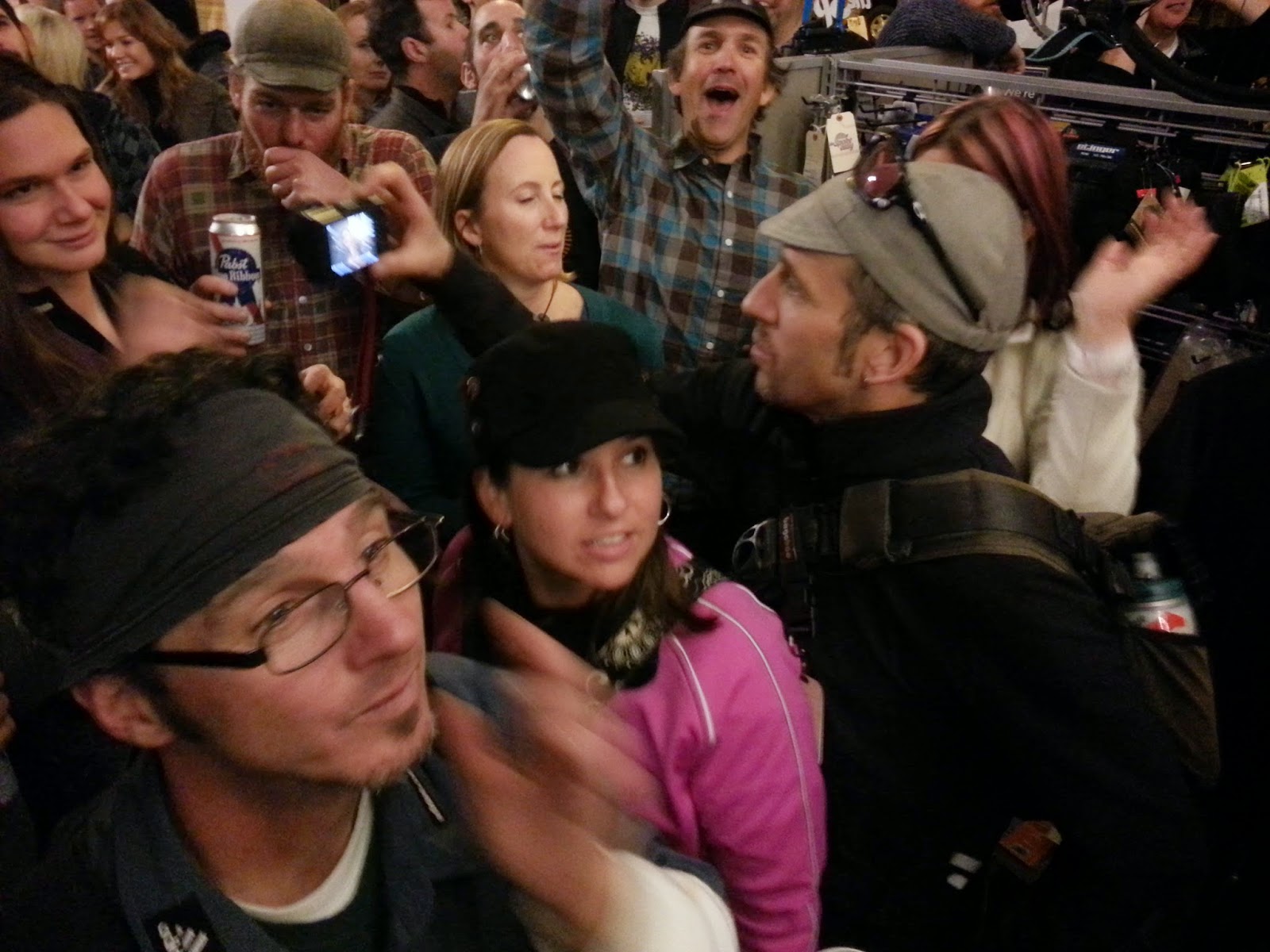 And then a giant chicken showed up for some reason. 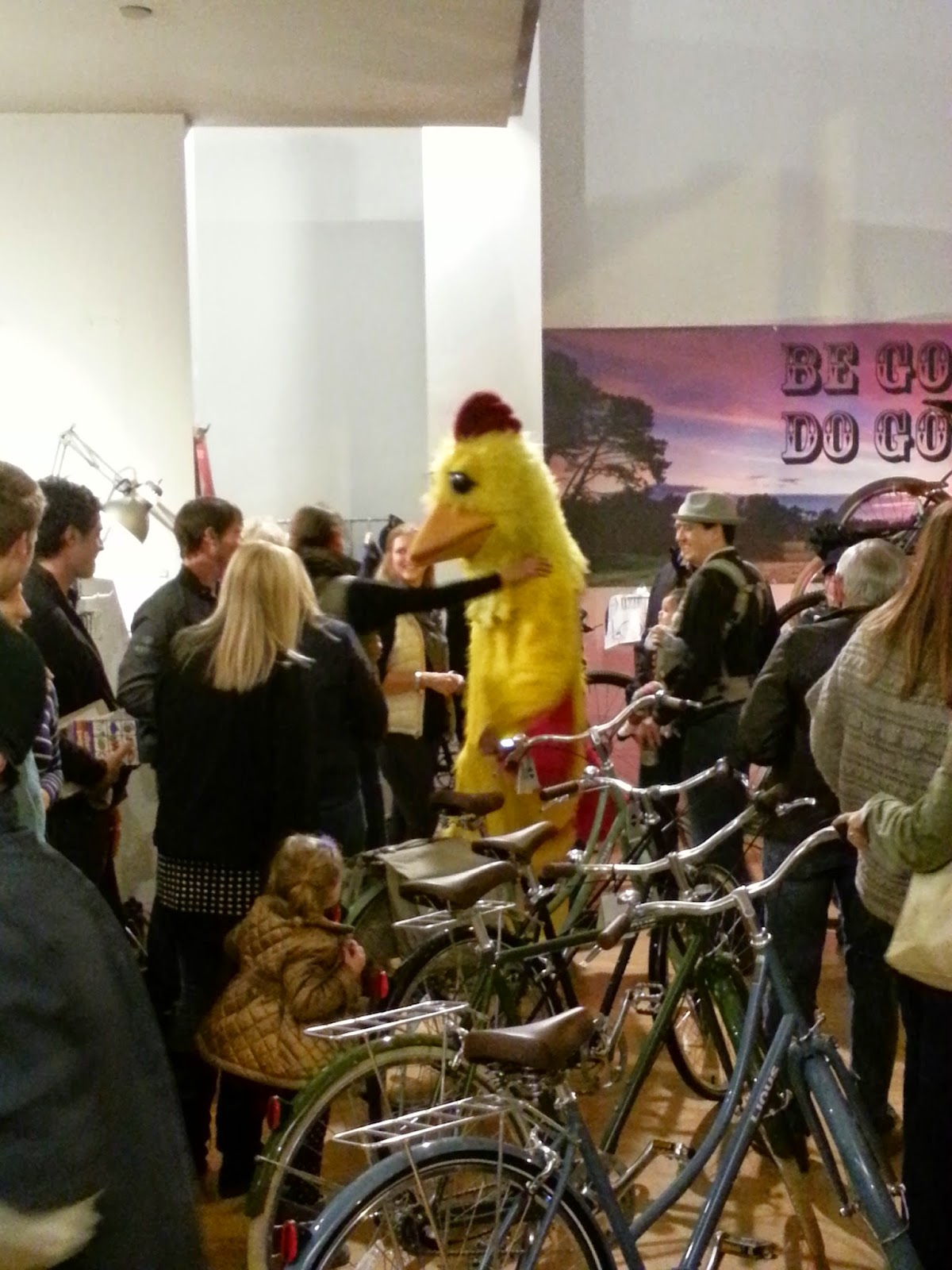 And shit got really weird. 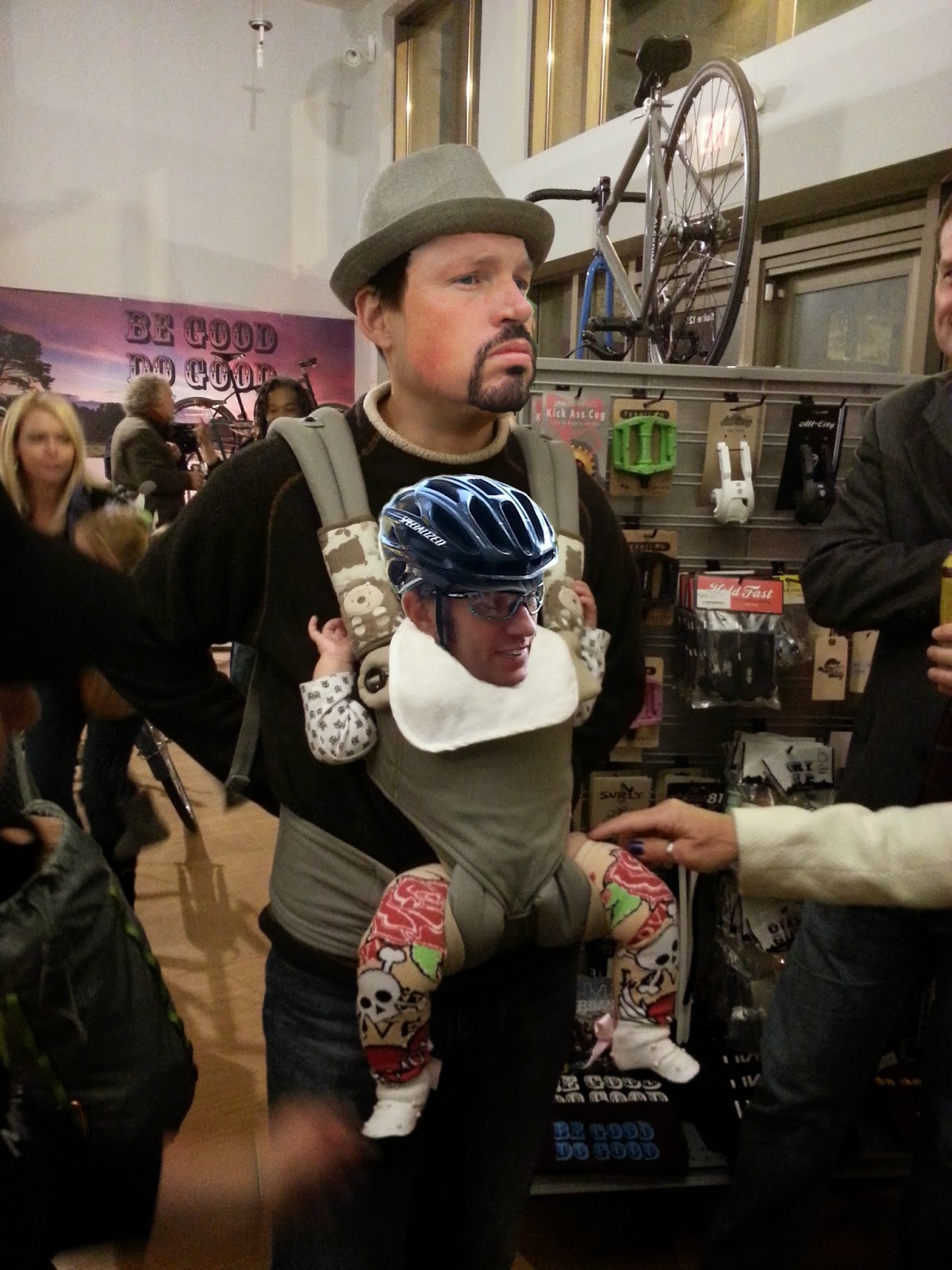 We partied.  Late.  Later than I would have liked to, considering I was really close to where I work.  Normally I get the hell out of town in a hurry and head home, but this was pretty fun.  I’m not sure when I actually left outta there, but I know it was sometime after people started getting punched in the balls. 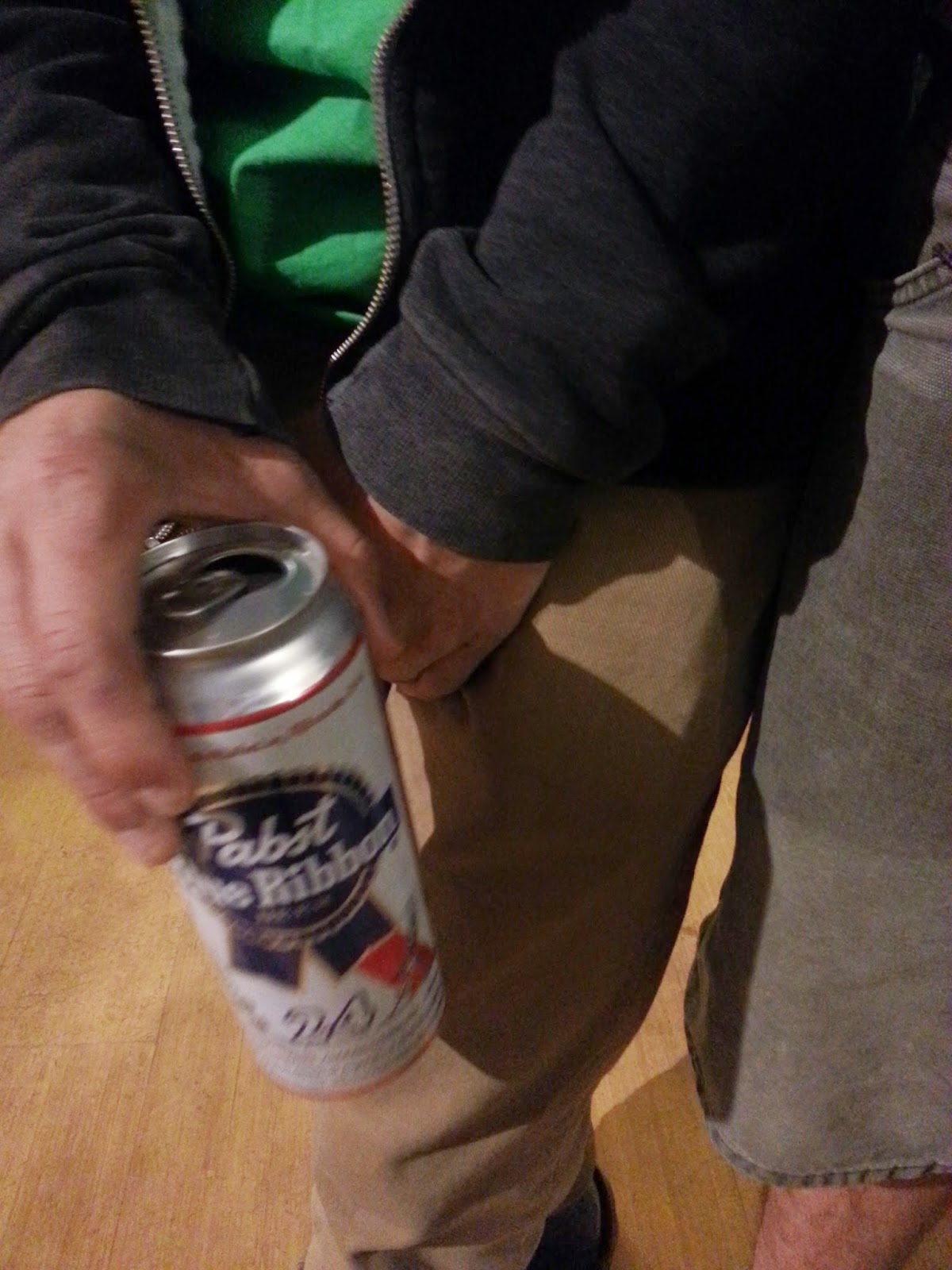 Much fun.  I can see more after work visits in my future.  If you haven’t checked out The Spoke Easy, do it.  The new location is really awesome, and you might even have a good time.

Yeah, that’s how my weekend started.
Posted by TheMutt at 9:10 AM

Email ThisBlogThis!Share to TwitterShare to FacebookShare to Pinterest
Labels: fun with Dicky, party, The Spoke Easy