After a late night at The Spoke Easy 3rd Anniversary Party I found it difficult to get out of bed Saturday morning.  It was a beautiful day and I wanted to ride, but I just couldn’t get motivated.  I didn’t feel hungover (surprisingly), so maybe it was the stress of a rough (short) week at work.  Eventually I got up and at ‘em, but I wasn’t worth a shit.

So I did pretty much nothing for a while.

Eventually I got out of the house, but not to ride (I went to the guitar store.)  Some of my friends were out in The Pisgah doing a little riding, but I didn’t want to be gone all day.  I mildly regretted the fact that I didn’t join them.  Next time.  Once the day whittled away to nothing, the little lady and I ended up outside with a fire. 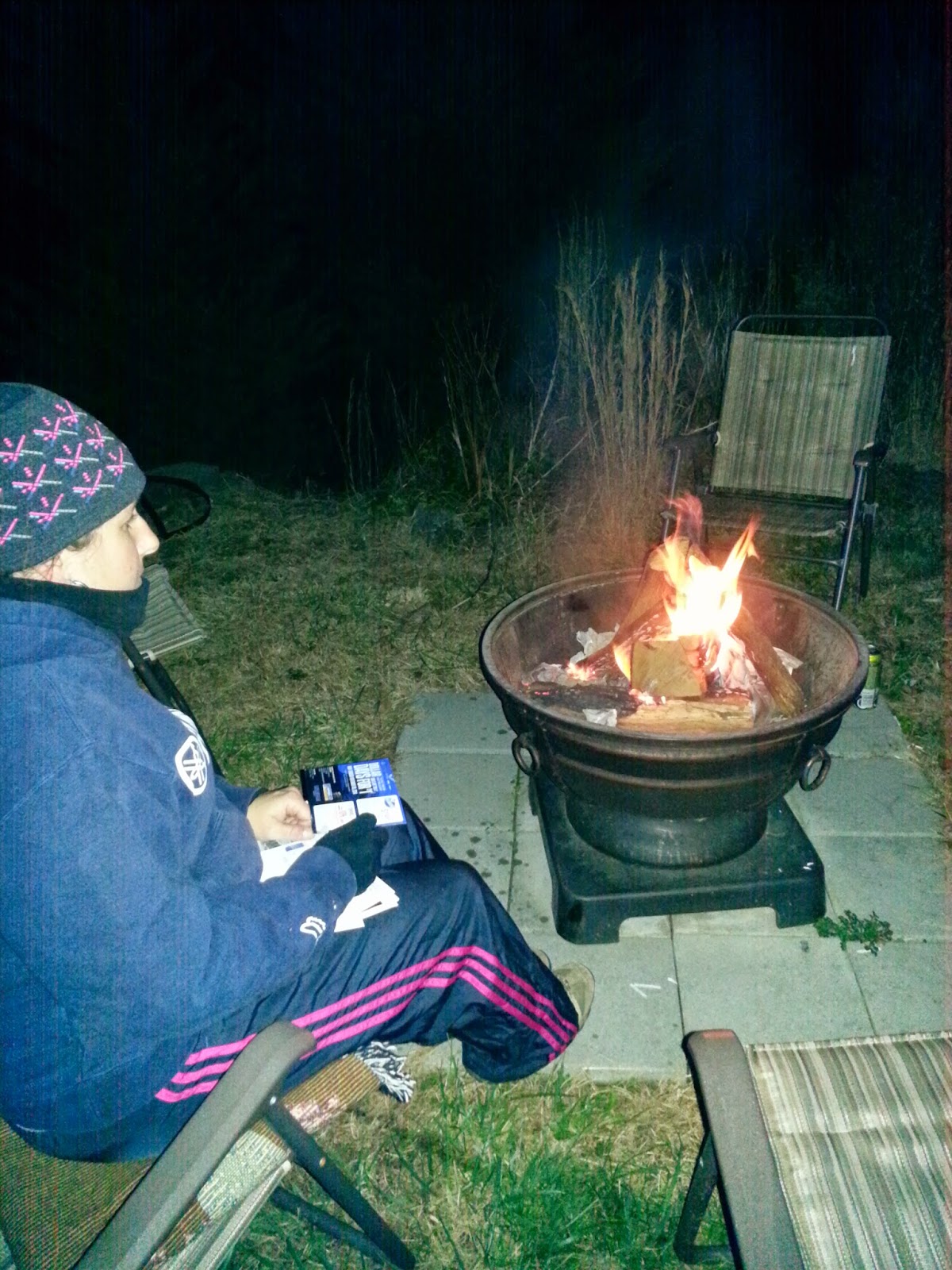 It was cold, but the fire was warm.  SCIENCE!  It was a nice way to spend an evening, but I felt like I accomplished nothing without riding.  We ended up outside pretty late hanging out with the neighbors, and I wondered if I would actually get my ass up the next morning to ride.  With the weather people calling for shitty conditions later in the morning I had to get up extra early if I wanted to do anything.

I mean, the getting up extra early or the “later morning” shitty conditions.  It was raining when I got up, so I decided to take my newest shit bike out for a ride. 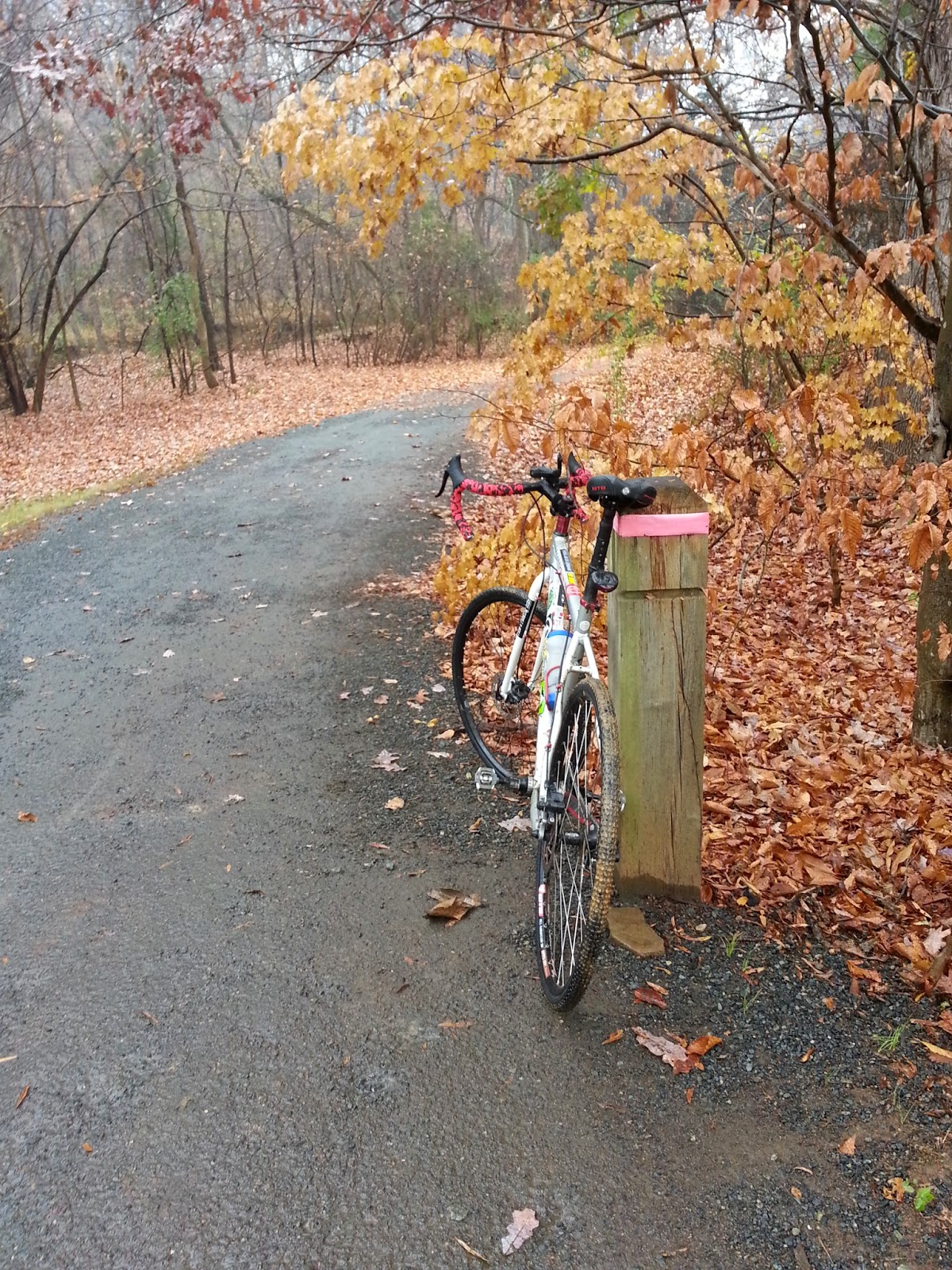 This is my “new” “cyclocross” bike.  The quotes are because it’s neither new nor cyclocross, but it is somewhat of a bike.  I took an old mountain bike I had that was already equipped with CX tires, added some drop bars, brake levers, and bar tape, and made it kind of a bike that could be used for cyclocrossing (or gravel grinding.)

It looks like shit, but it rides just fine.  Since it’s nothing special, I really didn’t mind taking it out in the rain.  I did some road riding, hit some gravel, and eventually ended up on my local greenway.  Well, until I hit a dead end due to construction. 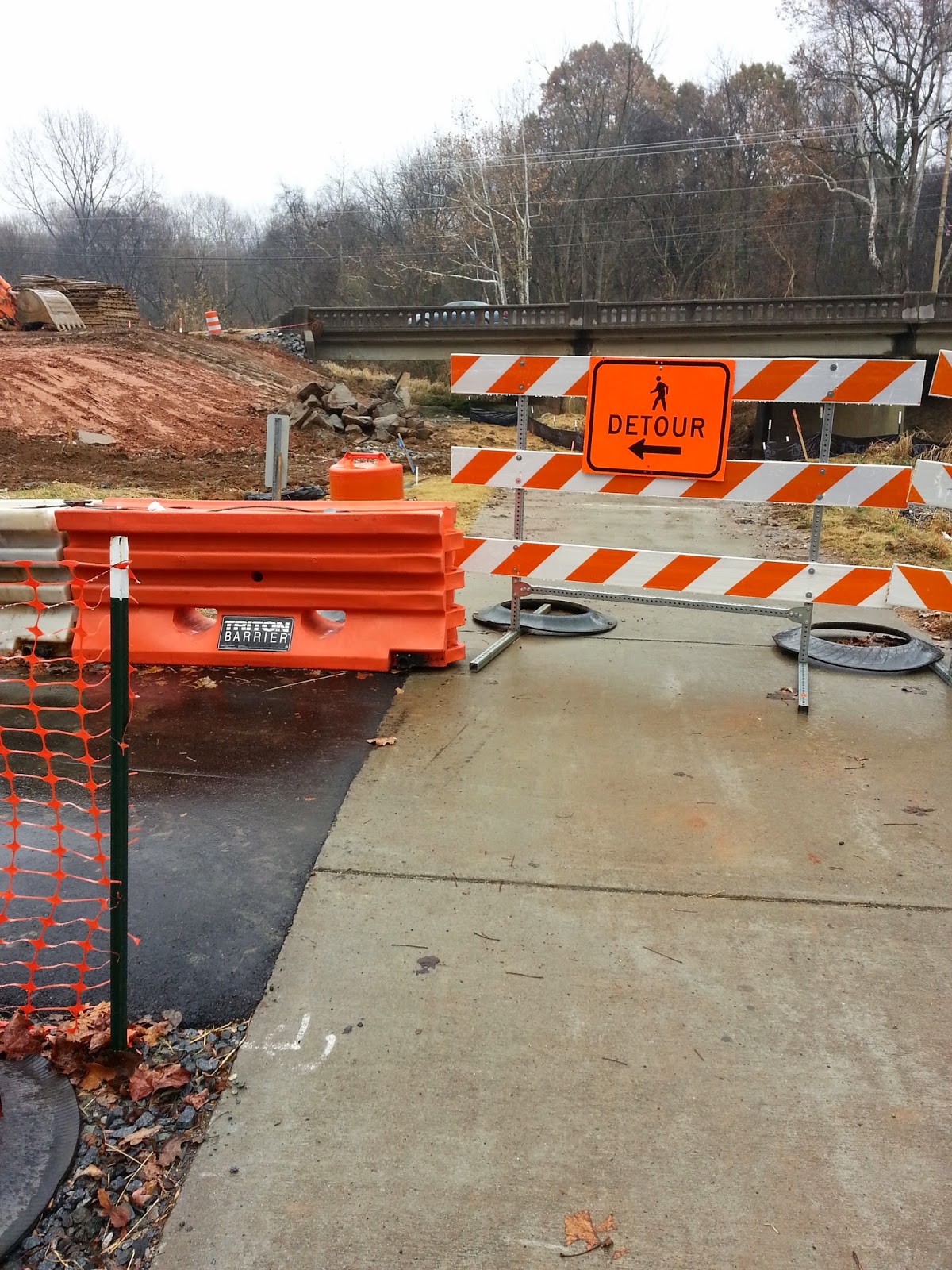 Since I can haz cyclocross now, I “jumped” over the barrier and kept going. 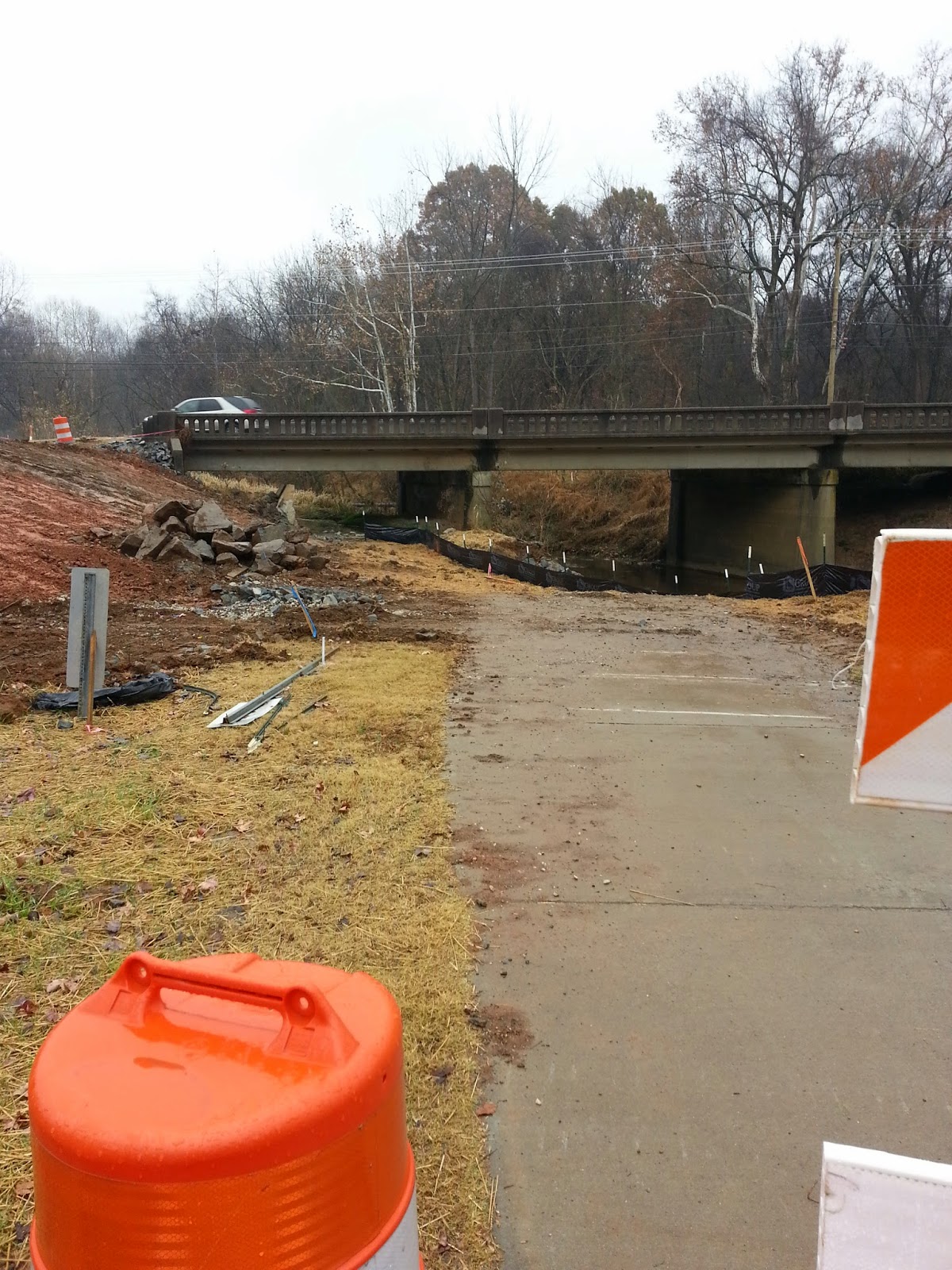 It was very uneventful and I got pretty muddy.  Luckily it was raining and there were plenty of puddles to wash me off.  I made my way back across the construction zone and took the real detour this time.

It was much less dirty. 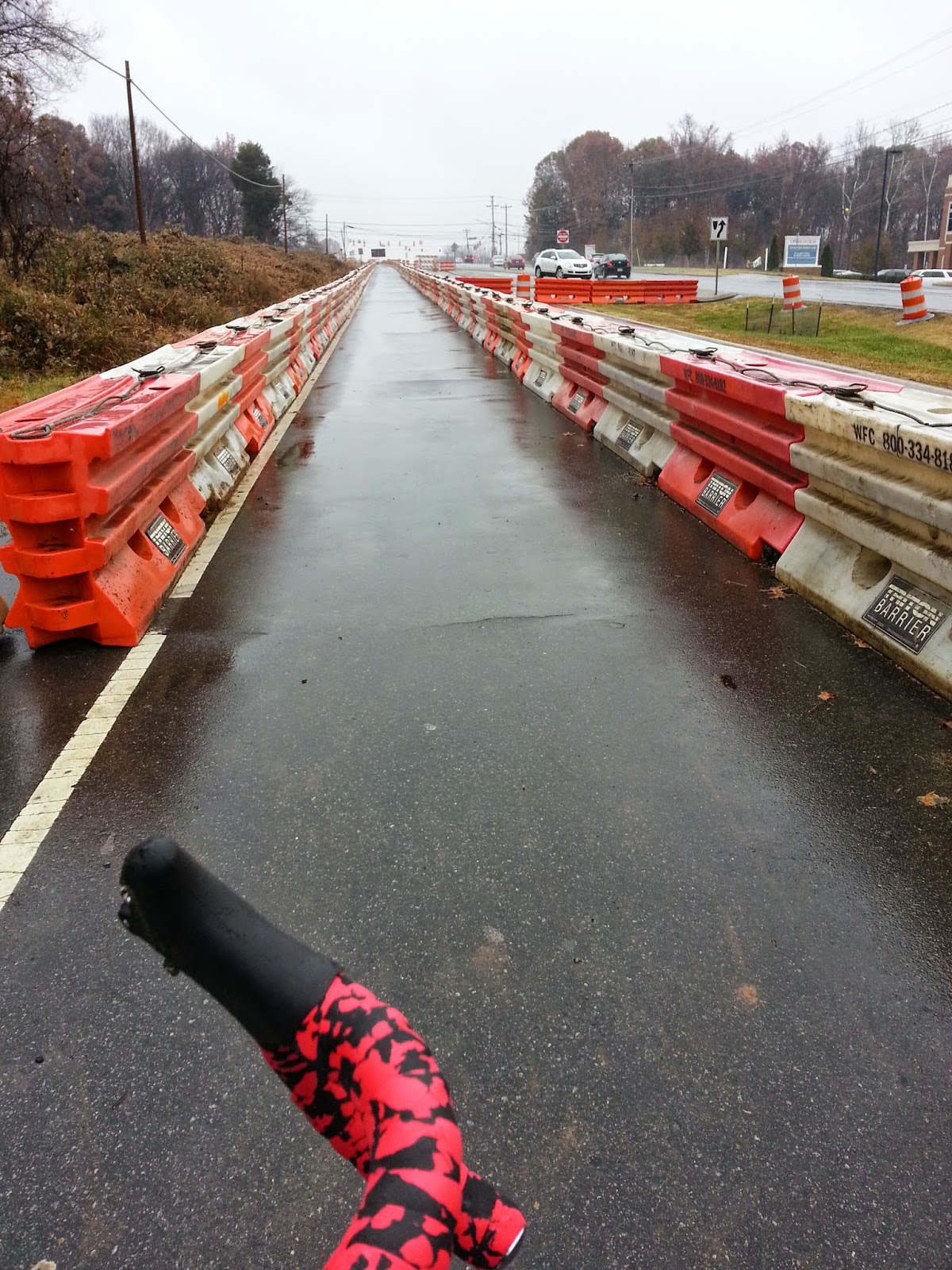 I got in a pretty good ride in shitty conditions and it was actually fun.  This was the maiden voyage of the yet to be named shit bike and it performed pretty well.  Maybe now I can see what all this cyclocross stuff is about now without buying another bike.

Or maybe I will buy another bike.