Don’t You (Forget About Me) 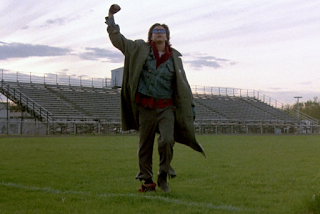 Blogging has come to a screeching halt around here.  I started out missing a day or two; next thing you know it was a little better than sporadic.  Now I’m barely even here.  Some of you have asked me about it, and some could not care less.  Who gives a shit.

I’ve said it before, but this new job is ruining my fun.  I have very little free time, and when I do I’m too tired (or frustrated, unmotivated, etc.) to do anything.  I barely ride my bike anymore, and as each day passes I wonder if I’ll want to again.

I hardly even play guitar either. 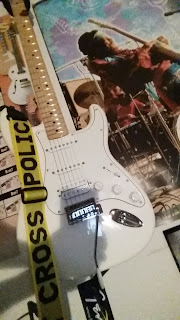 I took that photo last week, on the 45th anniversary of the death of Jimi Hendrix.  As tired and worn out as I was from work, I still managed to play a few licks.  It’s the little things I guess.

Fortunately, I’ve had plenty of time to drink beer.  And lucky for me, Little Miss Sunshine is taking care of me in that department.  She brings me the good shit.

I can’t enjoy bikes or guitars lately, but beer is always there to soothe me.  The little lady recently returned from a trip to damn near Canada, and in a land of shitty beer she managed to grab some good stuff while no one was looking. 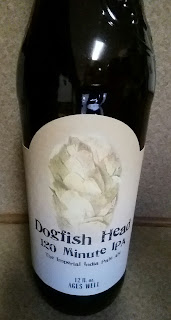 Quite honestly, no one there had no idea what it was.  But I do.

Beer is good, but it’s not the answer to my problems.  And before you ask, no, I don’t have a problem with the beer.  I always drink it (and enjoy the good stuff ), but right now it seems to be the only hobby I have time to partake in.  Things will get better, so I’ll try not to bitch about it too much.  I took a step backwards career-wise, and right now I have to deal with it until something else comes along.

As for now, I don’t know what to do.  I feel like writing some shit here every day is like therapy, and without it I’m turning more and more anti-social.  I’ve been invited to hang out in social settings and rides and I keep saying no.  Eventually, people will stop asking.  Maybe that’s what I want.

And maybe that’s why my better half brought this new doormat home a few days ago. 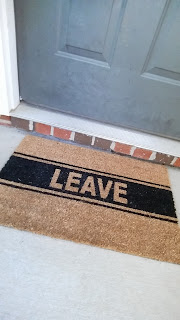 As much as I want to pull the plug on this blog, I won’t.  When I started writing, I did it like no one was reading it.  Since then, lots of people are reading it but I have no idea why.  If you enjoy it, thanks.  If you don’t, thanks for that too.

Where am I going with this?  Nowhere as usual.  I’ll be here when I can, and hopefully when things get better it will be a little more on the regular.  By that time though, all blogs will be dead.

Like they pretty much are anyway.
Posted by TheMutt at 8:39 AM

Email ThisBlogThis!Share to TwitterShare to FacebookShare to Pinterest
Labels: beer, break, workin' for the man

Keep writing it before I don't give a shit...cuz for now I do.