It’s Easier To Do Nothing

I had another long, shitty week at work.  To top it off, my refrigerator stopped being cool.  I had plans to head to the hills early Saturday morning, but I had to stay up late trying to figure out why my food wasn’t staying cold.  I think I figured it out, but I was exhausted and slept in the next morning.  Once I finally got out of bed and took care of the dogs, it was time to make a decision.  I figured that I needed a trip to the mountains for my sanity so I left the B-43 Worldwide Headquarters at around at got on the road.

I was stressed out.  Work, my fridge, and shitty drivers n had me rethinking my plan.  I almost turned around, but instead I pressed on.  I knew that the two plus hour drive would still give me enough time to ride out there somewhere, but I was pissed that I was getting started so late.  Eventually I got to The Pisgah, and while I was waiting at an intersection I tried to come up with a plan for my ride.

And that’s when I spotted a familiar face. 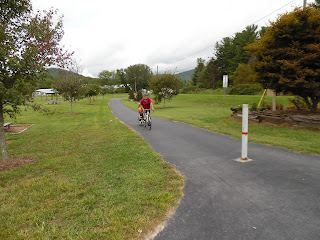 My old pal Dirty was finishing the final leg of his nine week, cross country bike journey from Oskar Blues in .  I chatted with him for a minute, and decided that I would haul ass to the brewery to be there when he rolled in. 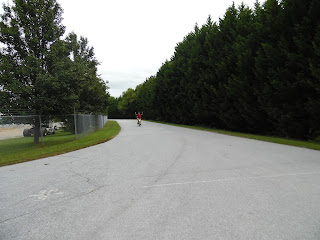 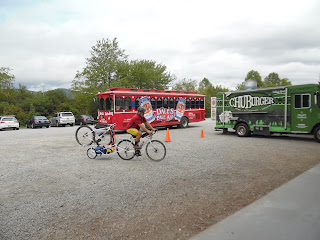 The people that were expecting him weren’t there so I became a one man welcome party.  We went upstairs and the beer started flowing.  After meeting a new friend (a local rider named Kirk) we chatted it up for a while and listened to Dirty tell tales from his rad adventures.  Shortly after, Shanna showed up, followed soon after by Watts (fresh off of a win at Pisgah Monster Cross by the way.) 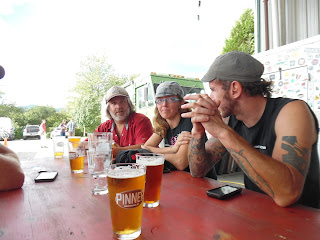 It was nice to be around “normal” people. 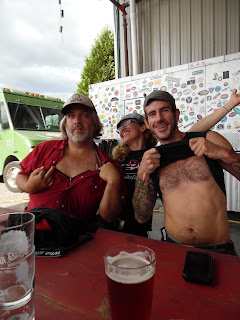 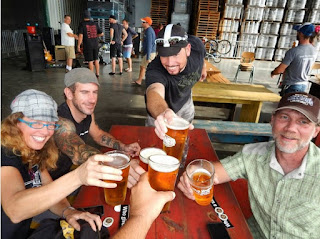 eventually had to get back to , so that left the rest of us wondering what to do.  Dirty was asked to ride over to the Brevard Music Festival and invited us to tag along.  So we hopped on our bikes and rode a couple of miles into town from the brewery. 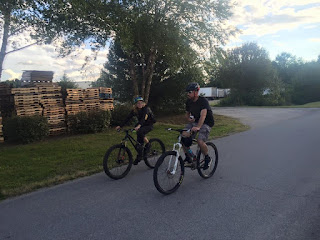 After a quick stop to pick up another friend, we rolled out to the music fest and enjoyed some more beer.  The highlight of the night was when Steve Martin came out playing the hell out of a banjo. 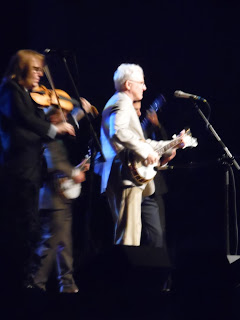 It seems like everyone else but myself knew that he played a mean banjo.  I don’t get out much.

It was a good night.  It was nice to catch up with Dirty (in my state even) and I’m very thankful that he took us along for part of his adventure.  I had to get back to though, so I said goodbye and tried my best to make my way back to the brewery…in the dark.  With no lights (I was unprepared.)

I had no idea where I was going, and the pitch black night of the mountains didn’t help  I was completely sober by the time I headed out, but that didn’t stop me from seeing things. 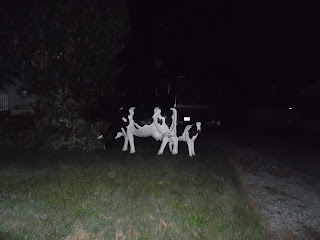 Obviously I made it back.  I’m still not sure how.

What an awesome day.  I almost didn’t leave my house, managed to bump into an old friend at the right time, and rode my bike across town to watch some jerk play a banjo.


Much better than doing nothing for sure.
Posted by TheMutt at 8:24 AM