Anyway, after leaving our Nation's Oldest City, Lunchbox and I headed south down Interstate 95.  We had a few hours of driving ahead of us.  Once we got into Central Florida though, I realized that we were close to somewhere special.  I turned to Lunchbox and said...

He was in, especially after I told him where we were going.  A couple of miles off of the Interstate and we were in the parking lot of an old friend. 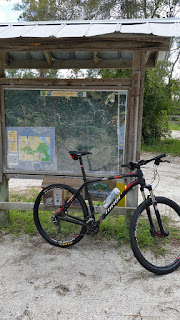 Little Big Econ State Forest (Econ for short) was the first place we ever went "mountain biking."  That was sixteen years ago.  I've been back a few time since then, and for some reason it's still fun.  It seemed so difficult back then... 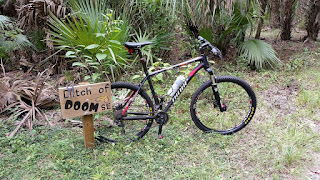 The "Ditch of Doom."  Pretty much the only real "feature" out there back then (not counting alligators) and it was a big deal to ride down in it.  Hell, Lunchbox was so small back then that the water in it often came up over his waist.

Not an issue now. 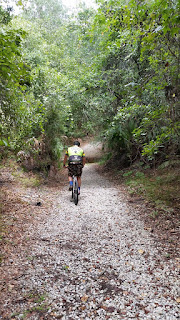 Shit, it was still fun.  Florida singletrack is awesome. 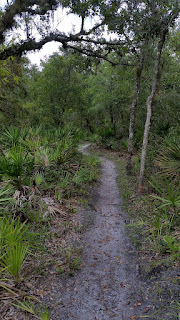 We took was used to be the "usual route" but we ran into an problem... 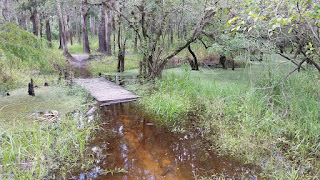 Lunchbox decided to look for critters. 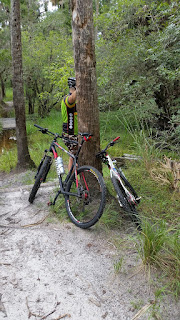 The river was high which meant flooding.  We turned around and headed to the other side.  Much better views of the river without being in it. 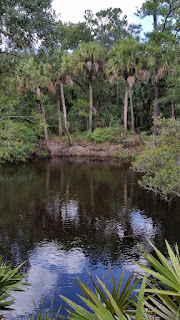 And on the way we finally got to see a critter. 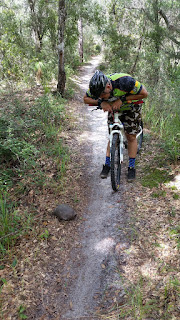 We spent a while out there riding, but mostly reminiscing.  This was where the mountain bike thing started for myself, Lunchbox, and a couple of my childhood friends.  The place means a lot to me, even though my skill level makes it easier these days.  Easy rides are still fun rides, and just being on a bike back in my home state made things good.

We had a blast but it was time to hit the road.  We stopped for a quick dinner, and a couple of hours later arrived at our destination (where we would spend the next few days.)

Just in time for a sunset in the Everglades... 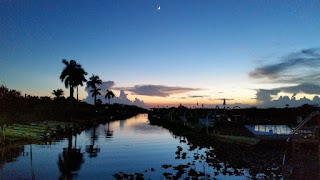 And after the sun went down, we made a new friend. 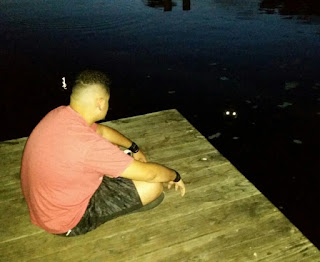 See those little eyes in the water?  He was um, friendly.

So much fun already, and we had a ton of time left on our vacation.  Good for me, because I can drag it out on here.